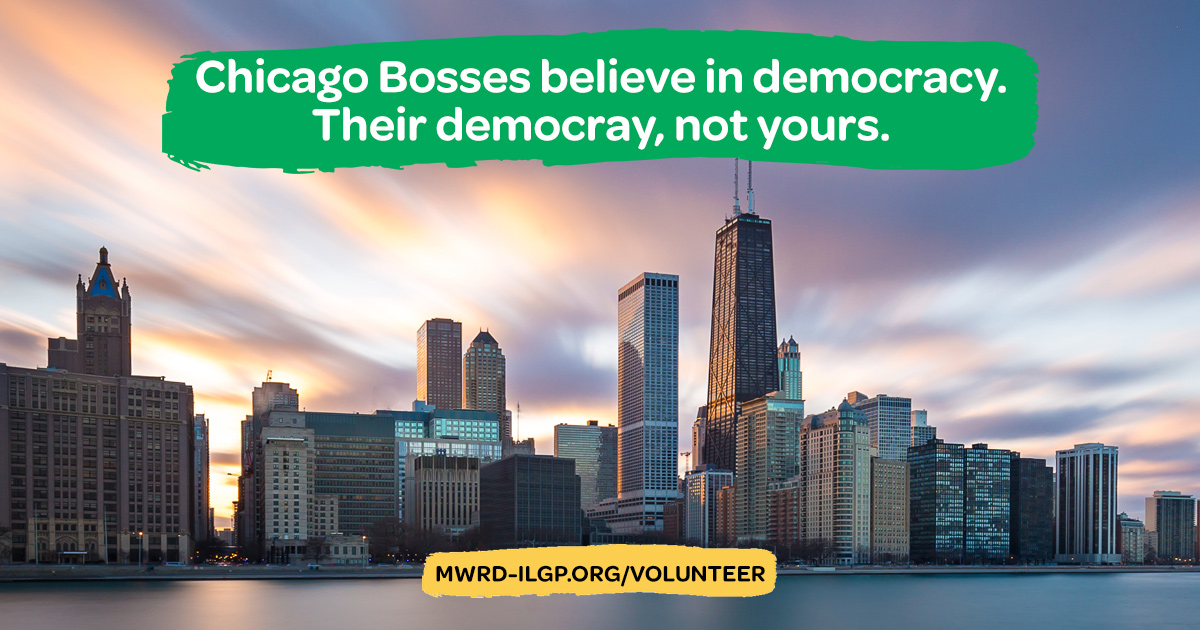 For the most part, I can be calm about the stacked deck we call elections in the state of Illinois. It's constantly angering, yes, but I can control that anger; I can speak calmly and with dispassion on this issue about which I am so passionate.

Today I am having a hard time with that control.

Today I got to go down to the Chicago Board of Election Commissioners and the Cook County Clerk's office to file candidate paperwork with them—again—because the Green Party did not get enough votes in the March primary, a primary which the Chicago Board of Elections Commissioners refused to conduct for the Green Party altogether, and which the Cook County Clerk nominally conducted for the Green Party, but at which dozens of our would-be voters reported being told at the polls that they could not vote Green, only Republican or Democrat.

So imagine, please, the humiliation and frustration of having to go back and ask permission to run for office—again—from the same people who made your last run impossible.

Imagine knowing that you will be spending the next 60-odd days gathering petition signatures because the only other option was to win a certain number of votes, and that you cannot even gather those signatures without the approval of the exact same people who prevented you from winning those votes.

Imagine knowing that this time, as last, it will not matter how well you follow the badly-written rules of this state, because here in Chicago the offices of our one-party government will interpret them in whichever way is most disadvantageous to you, and that you will have to fight their lawyers and their money in their courts, in front of their judges.

That was my afternoon. And all because I held (and still hold) the radical notion that voters deserve responsible government, and should have more than one option on their ballot for the leadership of the municipal wastewater treatment agency.

So today I left downtown with shaking hands and a sweat-soaked shirt, because I cannot be completely calm about this anymore. The amount of time and money and power that is being wasted just to hold onto uncontested control of one seat on the GODDAMN SEWER BOARD—that is something you need to reject. As voters, as donors, and as volunteers, because the system is never going to crack itself open. We gotta swing the hammers.

This isn't just about clean water anymore—as if clean water were somehow a "just" anything; a casual, low-priority issue of some sort. This is about how limited you're willing to let your democracy get.

It's bad. We can make it at least a tiny bit better by not letting this crap stand.

Y'all don't need a link to a website or a donation ask or anything from me. Just pick up your phone, or message me right here on Facebook. Say "I want to help."

I'll have something for you to do, don't you worry.

Cubbage is the Secretary of the Illinois Green Party, which is accepting donations and volunteers.