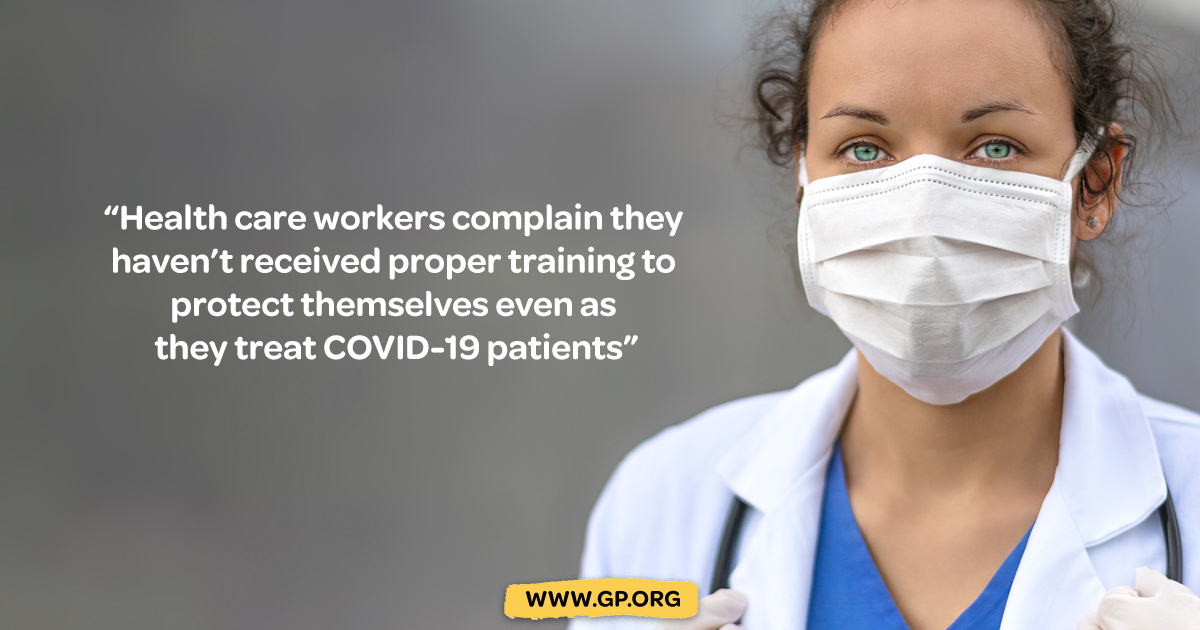 The United States has none of the systems or infrastructure that would allow it to accomplish what China has done to fight mass infection.

The only thing more frightening than the COVID-19 virus spreading around the world is the knowledge that this country is woefully unprepared to protect people from it. The response to the epidemic would be funny if it were not so dangerous.

We are constantly told that socialism doesn't work. But it is socialist China, where the virus began, that has made the most headway in slowing its spread. Conversely, the United States has none of the systems or infrastructure that would allow it to accomplish the same thing. It is capitalism that doesn't work well when human needs must be met.

There is a constant demand to designate the United States as the best country in the world with the best health care system. In fact health care delivery here is nowhere near being best. The for-profit system certainly rakes in cash for insurance companies and big pharma. But health care outcomes are mediocre at best and other countries do a far better job for far less money. The most basic needs of patients and health care workers are often unmet. Health care workers complain they haven't received proper training to protect themselves even as they treat COVID-19 patients.

While Italy, another capitalist nation, has been placed off limits because of the high number of COVID-19 cases, China reports declines in new infections and improvements in treatment protocols. While Americans can't find hand sanitizer at any price, the Chinese government built new hospitals in just one week's time.

The profit motive which is constantly touted as the cure all in every situation is instead the cause of every problem. There are other nations which allow private health insurers to operate but they regulate how much money they can make and how they can operate.

The so-called greatest country passes up no opportunity to allow the predators to extract from their victims. The failed state doesn't have enough of the tests needed to diagnose COVID-19 and those who manage to be tested and treated can be charged up to $3,000 for what ought to be a right and free of charge.

Nearly every solution presented as addressing this crisis places burdens on the people. The "gig" economy and low wage hourly jobs don't allow workers to take time off if they feel ill. The high price of health care is an impediment to treating all kinds of illnesses. The man whom the Democratic Party establishment want to be the next president brags that he would veto any effort to provide free health care for all. It is little wonder that Americans lag in every measure of good health and panic when a new communicable disease makes an appearance.

While the highly touted capitalist system can't provide enough hand sanitizer the governor of New York came up with a solution. Andrew Cuomo announced that the state will produce hand sanitizer made by prison labor. The product called NYS Clean will be provided to public agencies in the state. The inmates at Great Meadow Correctional Facility are paid between 16 and 65 cents for their work. It is typical for the United States to turn to its most exploitative system to meet a basic need.

The irony isn't lost on anyone who is paying attention. The greatest nation cuts the public resource which would have mitigated the effects of COVID-19, continues its profit making system that causes suffering even as it is supposed to bring health, and then uses prison slave labor to do what the much vaunted system cannot.

Donald Trump famously referred to global south nations as "shithole countries." In fact the shithole country is the one that he governs. The United States excels in putting people behind bars, as the New York inmates can attest. It can make weapons and invade nations. The police kill more people and the cost of health care is the worst in the world. But woe unto us if we need to save our lives from illness. COVID-19 is a new illness presenting new problems, but this country doesn't care for its people in the best of times. COVID-19 is again making that clear.

Margaret Kimberley's Freedom Rider column appears weekly in BAR, and is widely reprinted elsewhere. She maintains a frequently updated blog as well at patreon.com/margaretkimberley and she regularly posts on Twitter @freedomrideblog. Ms. Kimberley lives in New York City and is a member of the Green Party of New York.