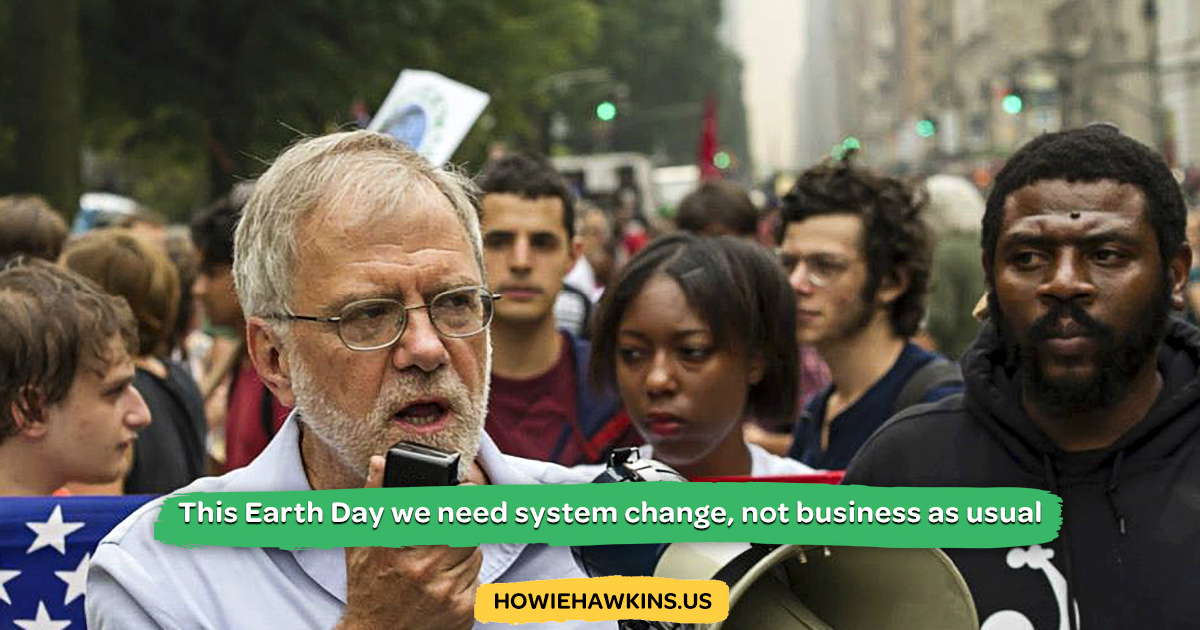 The long-polluted, storied canals of Venice are actually clear for the first time in history.

It’s clear that capitalism’s effect of overconsumption and exploitation of workers and the planet has been put in check, and we finally have a good glimpse into what can be, if we only turn away from capitalism altogether.

And if we had had the kind of aggressive and smart environmental regulations needed to avert climate catastrophe in the first place, the kind that neither Democrats or Republicans will support beyond just lip service, this could have been normal.

The Ecosocialist Green New Deal our campaign advocates would not only provide for human needs within ecological limits, but it would also put people to work in restoring wetlands, forests and mangroves, reversing the damage of centuries of capitalist exploitation.

We need an ecosocialist Green New Deal in order to coordinate the conversion of all production systems to sustainability. We need social ownership of key industries, like the energy sector. Exxon and the Koch Brothers are not going to reinvest their fossil fuel earnings in renewables. We must nationalize big oil. We need a bottom-up democratic process of economic planning so the public sector—public enterprises, infrastructure, and services—is responsive to the people in their communities.

We need a Just Transition to a green economy so that no one is harmed in the process and a restorative process to reverse and rectify the disproportionate impact that working-class communities of color have suffered. The Green New Deal must include an Economic Bill of Rights that guarantees everyone a living-wage job, an income above poverty, decent housing, comprehensive health care, a good tuition-free public education from pre-K to college, and a secure retirement.

Let Earth Day 50 mark the day that we decide not to return to what was, and instead, let’s commit to building a new normal that works for all of us, not just the few. We need system change, not business as usual.