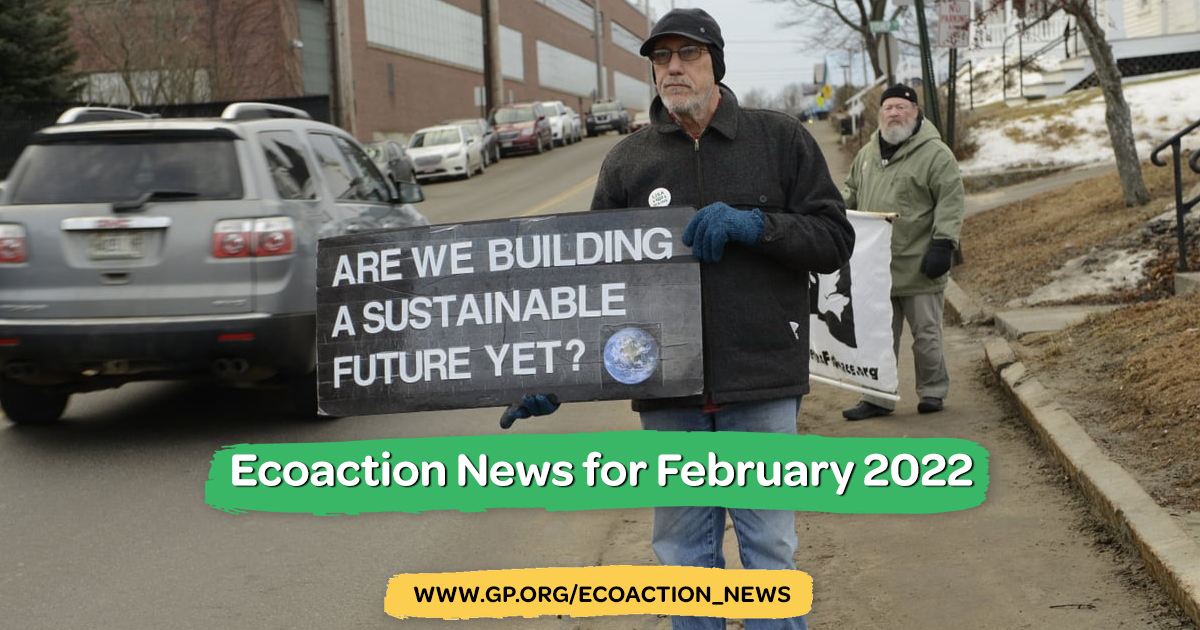 Join EcoAction at our monthly meeting on Monday, Feb. 14 (9 PM ET) to find out how you can become more active with our work – and to let us know how we can help you. We will be discussing our plans to organize local and national events for Earth Day and May Day, highlighting the urgency of solving not only climate change but embracing an EcoSocialist Green New Deal including an economic bill of rights.

We need to highlight the connections between various movements – immigration, peace, BLM, LGBTQ+, social justice, grassroots democracy. Hear about our work to make Biden declare a climate emergency and take essential climate action (ClimatePresident.org) with the Build Back Fossil Free campaign, as well as our support for the Rights of Nature (see Feb. 5 webinar). Contact [email protected] for more info.

Here is the link for registration:

After registering, you will receive a confirmation email containing information about joining the meeting

Please sign your organization onto this letter to President Biden urging him to take bold climate action.

EcoAction has long promoted climatepresident.org which lays out numerous actions Biden can take through Executive Orders without the need for Congressional approval (as they build upon his powers under existing laws), (See our recent statement Code Red for the Planet). Contact if you would be interested in organizing a local climate media event on March 1 – Biden’s State of the Union address.

Here are the key calls stated in the letter

You have the authority under existing law to wind down fossil fuel production and catalyze a just, renewable energy revolution to deliver healthier communities, a livable future, and millions of good-paying jobs. It’s critical that you use that authority as quickly and broadly as possible.

Together, we call on you to take these steps:

The deadline for signing is Friday, February 18. Will you add your organization to this letter to President Biden? The letter is open to any grassroots groups, faith institutions, labor unions, civic groups, political clubs, student clubs, and nonprofit organizations.

Despite lofty campaign promises, President Biden has failed to tackle the climate crisis with the urgency it demands. Aside from cancelling the Keystone XL pipeline, his administration has done next to nothing to curb fossil fuel development. In fact, Biden has defended Trump-era proposals for oil drilling, auctioned off millions of acres of public lands and waters for drilling, and doubled down on his support for fracking and gas exports. And of course, he falls far short of the Ecosocialist Green New Deal promoted by the Green Party.