Green Party of New Jersey To Hold Its Annual Convention! 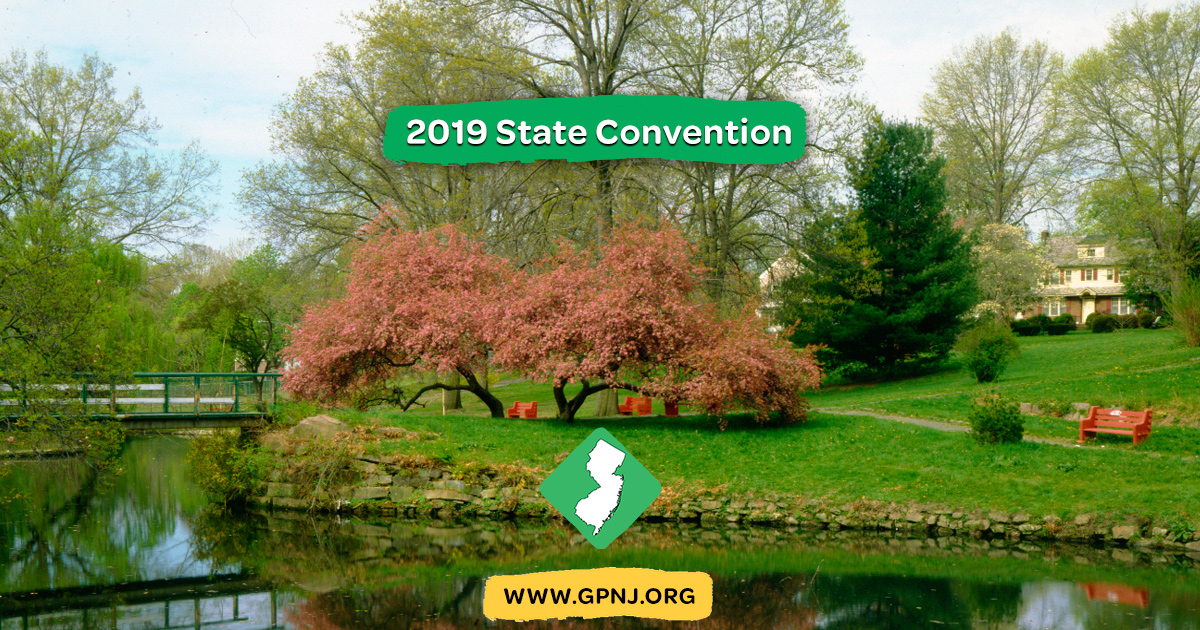 The Green Party of New Jersey (GPNJ) is excited to announce its annual convention on May 4th, 2019. The Annual Convention is the time when GPNJ reflects on its past year’s activities, hears about what is happening today, and plans for the next year. GPNJ is committed to supporting local grassroots organizing on issues of concern and to running electoral campaigns.

This year’s convention will feature some of the strongest anti-war and pro-environmental voices in the state and country. We will hear from activists who recently returned from a delegation to Venezuela, activists who are fighting for clean water and affordable housing in Newark, and others about what we must do to create a better world. Upcoming campaigns will also be discussed.

Last year, Greens ran locally for Newark’s City Council and Board of Education, as well as federally for U.S. House of Representatives in Congressional District 7 and for U.S. Senate. Madelyn Hoffman, Green Party candidate for U.S. Senate garnered the highest total of any third party running for U.S. Senate with over 25,000 votes.

See our schedule of events at www.gpnj.org.