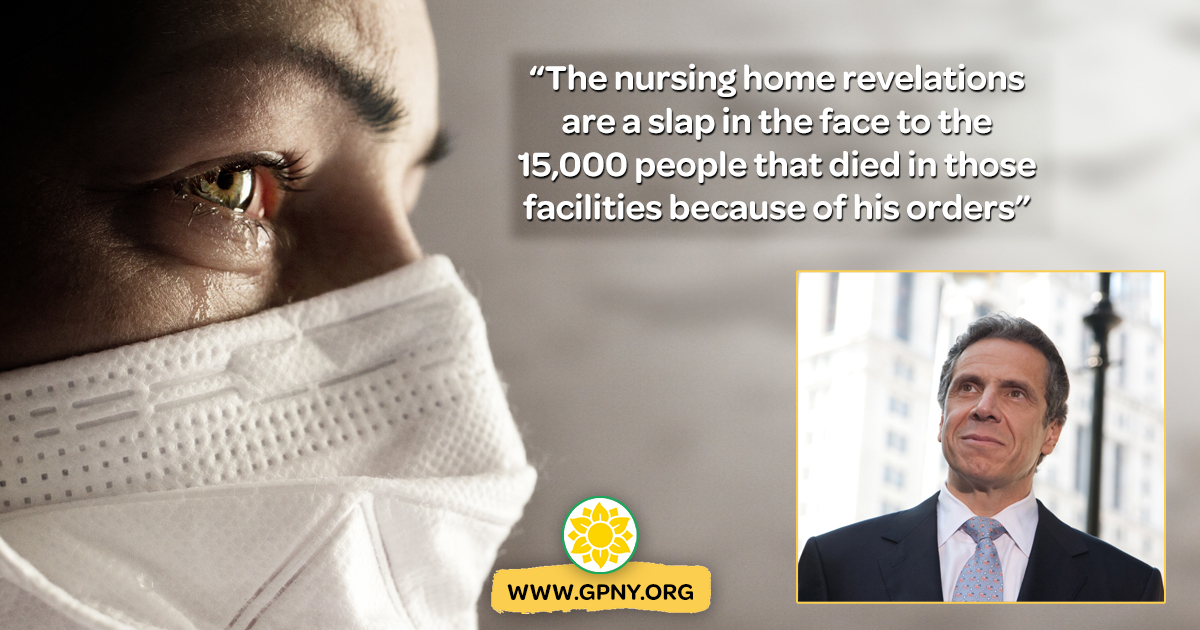 "He should resign, period. The nursing home revelations are a slap in the face to the 15,000 people that died in those facilities because of his orders. Then he has the audacity to demand his staff rewrite a report to hide the correct numbers - and make no mistake, at such a high level the Governor knew what was going on and likely ordered it. The entire senior leadership in the Cuomo administration operates on secrecy and bullying whether it's around budget negotiations or misconduct. Nothing but the resignation of Cuomo and his top aides will begin the healing process for Lindsey Boylan, Anna Ruch, Charlotte Bennett, and the thousands of family members who have lost loved ones in long-term care facilities," said Gloria Mattera, state party co-chair.

"This isn't the first Cuomo scandal, but it should be the last. Governor Cuomo's office has a longstanding culture of abuse-of-power and he can no longer be trusted to carry out his duties as chief executive of the state. The Legislature has a public duty to conduct a thorough oversight investigation and impeach the Governor if it finds that his abuses of power warrant it. This isn't about politics, it's about the proper use of government authority to reign in an executive abusing their office and to set a precedent that this should never happen again. Anything less would be a breach of public trust by the Legislature," said Peter LaVenia, party co-chair.