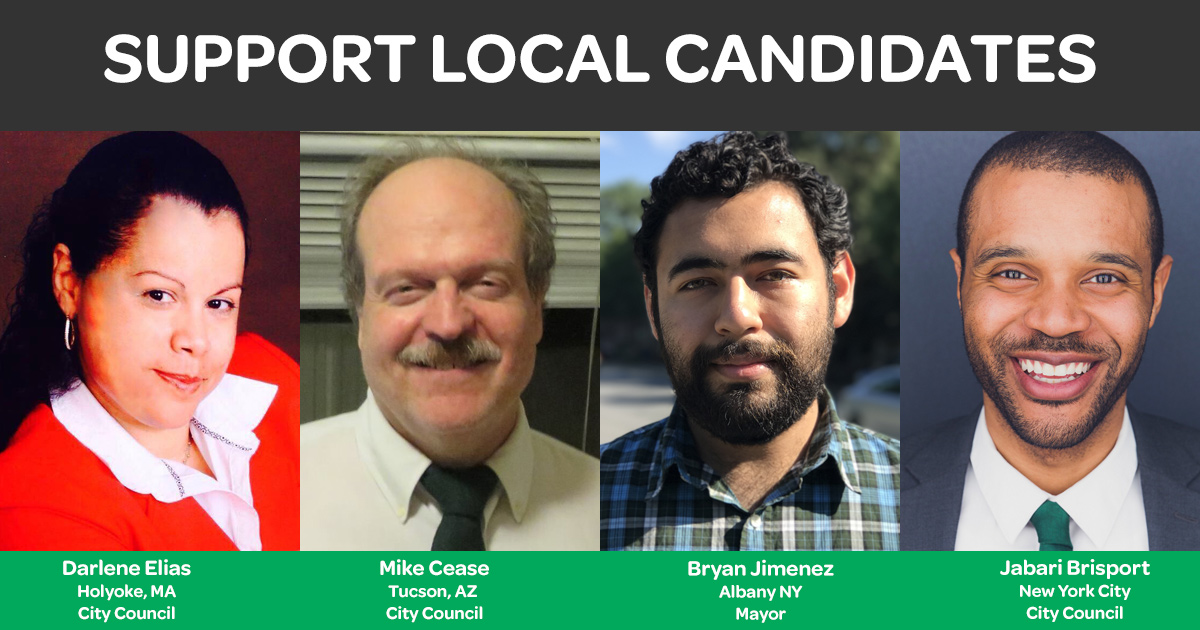 At least ten Greens ran in local elections in August and September 2017, including six in three contested Green Party partisan municipal primaries in Arizona and New York.  One Green incumbent was re-elected to a water board in California.

This brings the total number of Greens holding elected office in the U.S. as of September 26, 2017 to at least 141 in 18 states.  Among them are also five county supervisors, 19 mayors/city council members and 35 college and school board members.

The states with victories so far in 2017 are Illinois (7), Massachusetts (4), Maine (3), California and Oregon (2) and  Connecticut, Maryland, New York and Wisconsin with one each. Currently the states with the most Greens holding elected office overall are California with 69, followed by Illinois and Maine with nine each, Connecticut and Massachusetts with eight each, and Pennsylvania with seven.