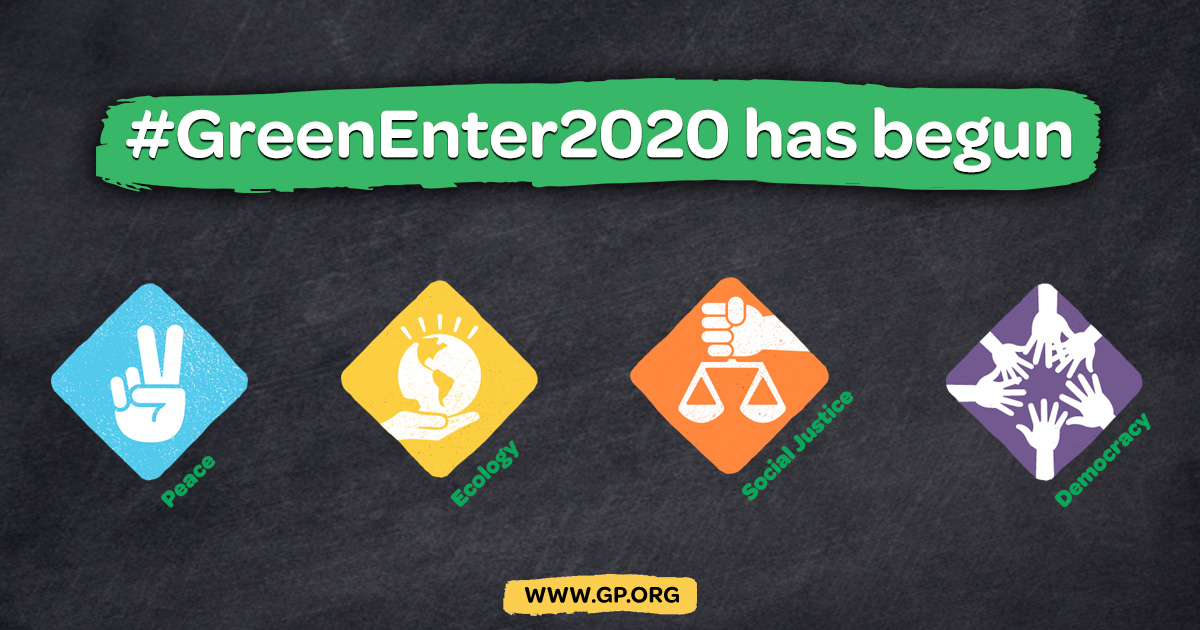 Thousands upon thousands of people are exploring the Green Party as a possible home following Bernie Sanders suspending his campaign for president.

The timing was a bit of a surprise, but we're happy to report an explosion of new signups and volunteers in our grassroots party "Of, By and For the People." We're moving quickly to connect these new allies into the fight for Grassroots Democracy, Social Justice, Ecological Wisdom and Non-violence.

Organizing and integrating a wave of supporters like this — in time to make a difference for our eventual presidential nominee and down-ballot candidates across the country — takes enormous resources and coordination.

Please give to the Green Party today so a new generation of Greens will have access to the leadership training, campaign tools and political education necessary to win what we have fought for over decades.

Lucy has once again yanked the football away from Charlie Brown. The Democratic Party leadership has yet again maneuvered to smother their own progressive wing and is already trying to lower the expectations of those who have been radicalized by the demands of a Green New Deal, improved and expanded Medicare-for-All and making the 1% and Wall Street pay their fair share.

We knew that was inevitable. That is why the Green Party sees political and financial independence from the parties of War and Wall Street as strategic necessities, no matter how much a particular candidate's platform might overlap with ours.

We have a tremendous fight ahead of us this year — even as the COVID-19 pandemic rages on. But we have new allies and friends joining us. Our job is to organize them to build the power necessary to break the duopoly by winning proportional representation, Ranked Choice Voting and fully-public campaign financing and continuing to elect Green candidates along the way.

By giving today you are fueling the growth of this party and bringing us one step closer to winning the world we all deserve.

We admire your commitment, your support and your courage. You are amazing.

In solidarity,
Green Party of the United States