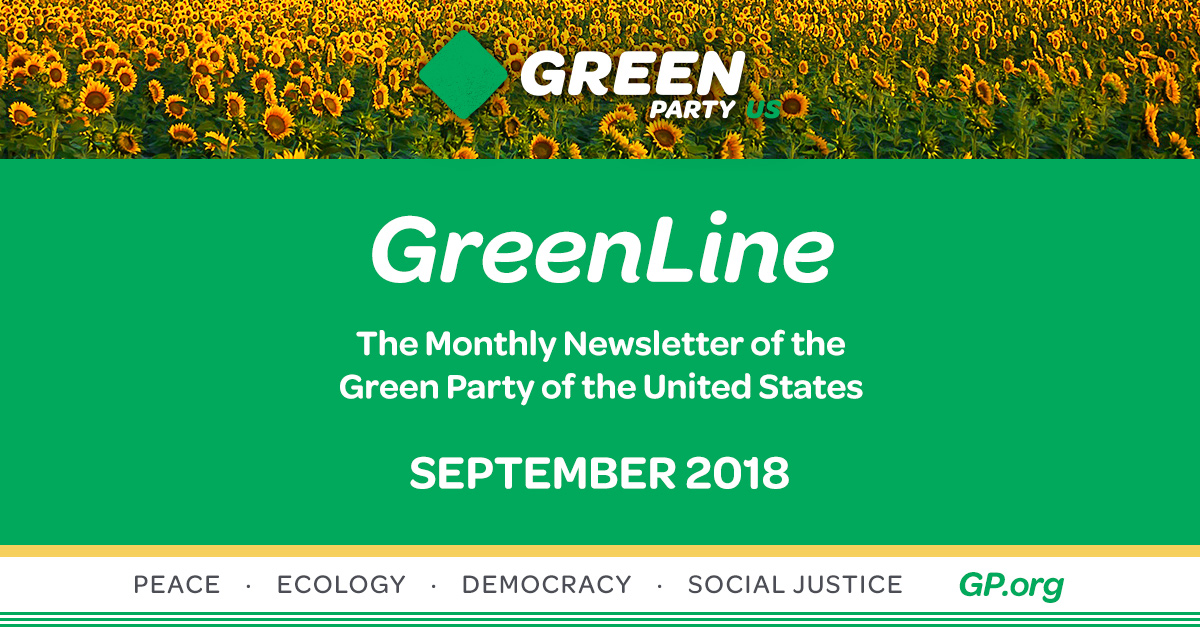 Green Party of Texas Members joined with other organizations and the Manchester Community to address Valero and the Texas Commission on Environmental Quality recently.

They urged that the TCEQ issue fines against Valero for releasing Benzene during Hurricane Harvey and for the TCEQ not approve an amendment to permit 2501A from Valero to increase the amount of Hydrogen Cyanide that can be released into the environment. https://www.wsj.com/articles/valero-houston-plant-underestimated-harvey-benzene-leak-1505432176

GPTX Co-chair Joy Davis, attended and testified at Hartman Park in support of the Manchester Community. "The Valero refinery is located directly across the street from Hartman Park which is a problem in itself.  Hydrogen Cyanide has a material safety data sheet and causes headaches, weakness, confusion, respiratory problems, coma, thyroid issues, and death. Every parent that has come forward has indicated their child has Asthma or one of these symptoms". She also stated," Valero should be fined by the TCEQ and should also pay reparations for the damages they have caused the Manchester Community. In the event TCEQ approves this permit to increase the release of Hydrogen Cyanide in the community, they are also complicit in the harming of the Manchester Community".

Mario Salinas of the Texas Environmental Justice Advocacy Service stated," When I got home, my eyes and nostrils were burning. I had a slight headache, and my clothing and hair were giving off a chemical smell. I was only at Hartman Park for a few hours. Imagine if you lived in the community adjacent to the Valero plant and you had to deal with these emissions every hour of every day."

Two small sections have recently been added to our website: gp.org. Added organizational changes to the Platform Section: http://www.gp.org/platform

For a number of years biographies have been available for Steering Committee members. Individual pages have now been created for present and a couple of past SC members. Biographies have also been created for activists on the state and or national level. When individuals are quoted in Press Releases or publish commentaries, their names are linked to their bio page.

As new stories are added to gp.org, additional biographies will be created. 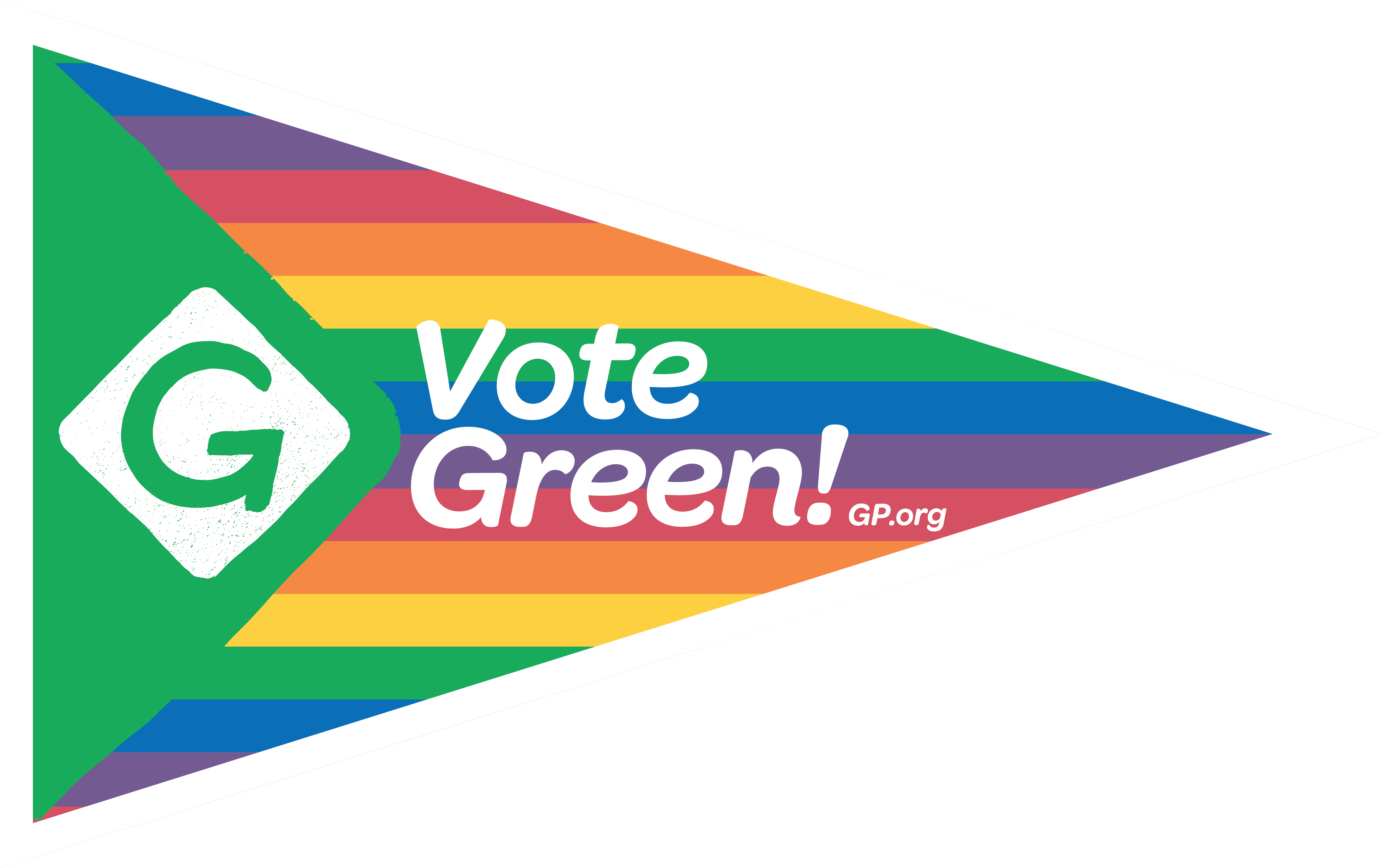 Recently, the Green Party's National Committee voted to endorse the Women's March on the Pentagon Mobilization. We're coordinating this mobilization of Greens to march together, October 21 & 22 in DC or if you can't, march locally in your town. Together we can help build a strong Green Party contingent at the march. The WMOP organizers on their website state our demands: "complete end to the wars abroad; closure of foreign bases; dramatically slash the Pentagon budget to fund healthy social programs here at home: the only good empire is a gone empire."

That means we hope lots of Greens will gather with us in DC and in towns everywhere, and help us make signs, and carry our pennants and march with us to show the world that the Green Party is against the War Machine! Stay tuned for more details on the Green Party Convergence space in DC.

The Merchandise team has been BUSY making huge improvements to our BRAND NEW store that opened earlier this year.

We have just a small pile of Green Party Hoodies in a few sizes left, so get yourself one before they are gone! Let us know what you think too, do you think we should consider reordering them for the fall? You can let us know by replying back to this email.

Take to social media and #BeSeenBeingGreen with your Green Party gear too. We want all Greens to be reminded they can get our Green gear and support our party directly in the process. Consider it your contribution to promoting the party in a small and convenient yet very meaningful way.

As a convenience for you we have also made it easy to make a donation to the party at checkout.

The Green Party has endorsed a letter to the International Criminal Court (ICC) that was drafted by the party's Peace Action Committee. The letter, which is appended below, outlines the history of the Israeli occupation of Palestine and requests that alleged war crimes by Israel that have been reported since June 2014 be investigated by the ICC. The ICC opened a preliminary examination into the situation in Palestine on January 16, 2015. CONTINUE READING 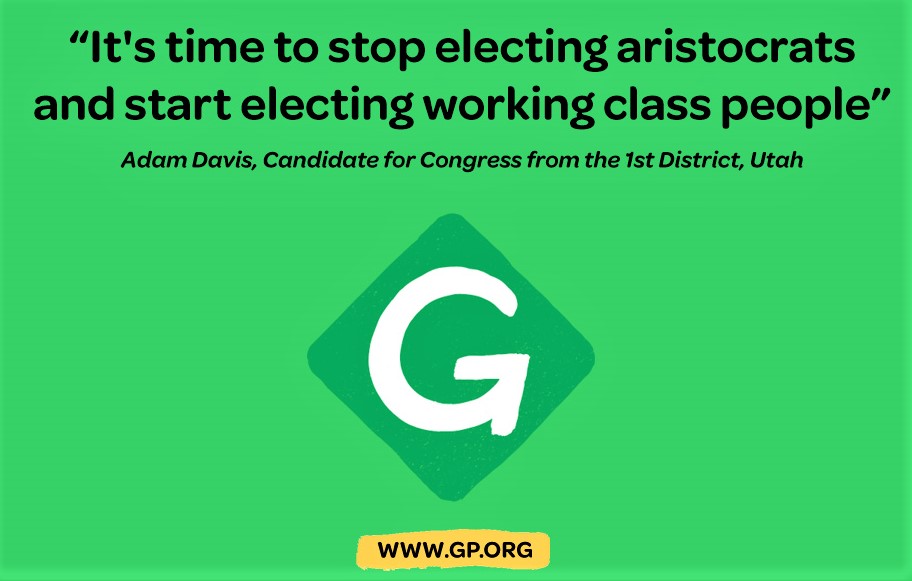 State Green Parties are running statewide candidates in the midterm elections in many states to gain new ballot lines and defend existing ones. Achieving the votes required for ballot access in elections for statewide office is essential for the Green Party’s political survival because it enables other Green Party candidates to run with lower petition requirements, or without petitioning.

In the 2016 general election, the Green Party had ballot lines in 44 states plus DC, including the seven largest states. Voters in three additional states could write in the presidential candidate, Jill Stein. CONTINUE READING