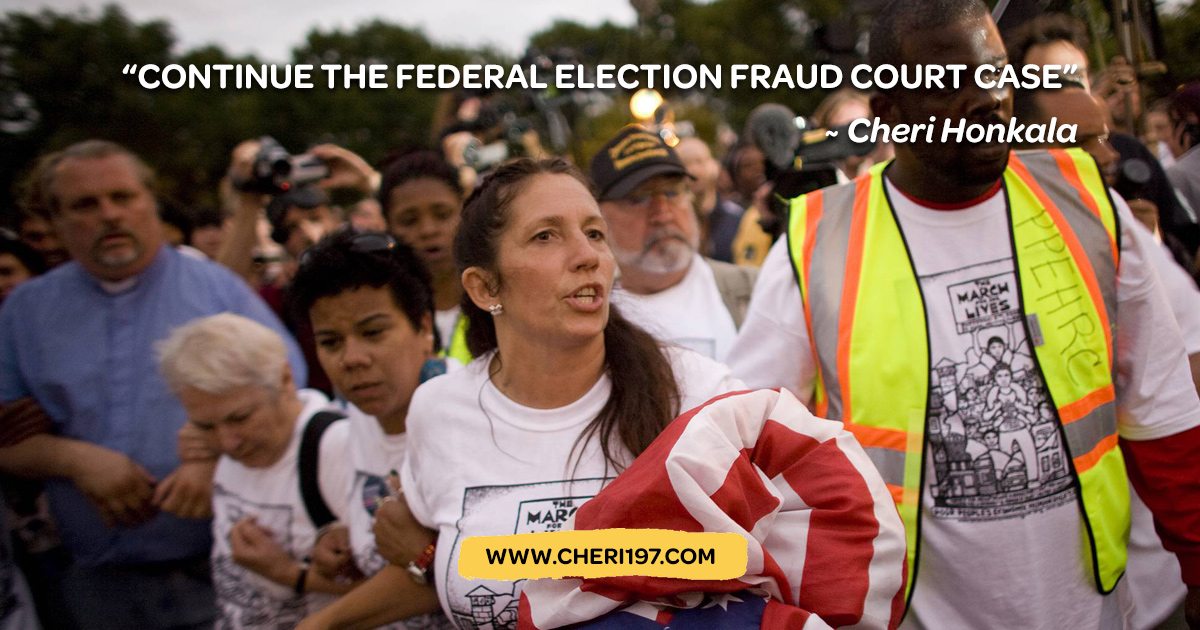 The special election was wrought with reports of voter intimidation across the district as well as evidence of election fraud. On Election Day, Honkala's campaign team fielded calls of voting irregularities from the majority of polling places in the 197th district. Many also made calls to the offices of the Philadelphia City Commissioners and Philadelphia District Attorney.

"I'm pleased that the investigation has begun to yield results. Esperanza was a hot spot for intimidation, so it makes sense that would be one of the first places investigated. As we know, there were irregularities across the entire 197th district on Election Day, so I look forward to further developments and more charges being brought by Attorney General Shapiro," said Honkala.

Edgardo Gonzalez, Honkala's campaign chairman, explained, "Since March, voters in our neighborhood have been outraged at how this election was tainted. At Esperanza, we have reports of polling workers asking people who they are voting for. At least one Honkala voter was denied entry. The Judge of Elections appears to have not even been present much of the morning. We were told we had to stand far away to distribute literature while Emilio Vazquez had a table right outside the polling place. This situation at Esperanza is what we saw at many precincts across the 197th."

Honkala and the Green Party of Pennsylvania joined Republican candidate Lucinda Little and the Republican City Committee in filing a lawsuit in federal court. A motion to dismiss the court case was heard on September 14th. There is no decision yet on that motion pending supplemental briefs being filed.

"With Philadelphians going to vote next week, Cheri and Lucinda's lawsuit raises an important question--who is ultimately responsible for our elections? In September, we saw the legal counsel for each defendant one by one explain that their client is not the responsible party. If not the city commissioners, the state Bureau of Elections, nor the Pennsylvania Secretary of State, then who is responsible for the disaster of democracy that happened in the 197th? Who is accountable for ensuring it does not happen again in Philadelphia? Four people at Esperanza are not responsible for a complete systemic breakdown--if not outright and organized fraud--that happened," said Michael Dennis, Green Party national co-chair.

Honkala had widespread local and national support. She was endorsed by Bernie Sanders's Our Revolution, saying in an email to their supporters: "For years Cheri has been fighting for the poor, the disenfranchised, the tired, and the broken - and now we need to show up in a big way… Cheri is the change we need." She was also endorsed by Progress for All, Philadelphia Neighborhood Networks, Philadelphia Socialist Alternative, as well as well-known progressive activists such as Rosario Dawson, Joshua Fox, and Tom Morello.

"It is critical that our federal court case continue. People in our district are struggling for food, shelter, jobs, and to keep their families together. They want to know when they vote for someone to fight for them that it counts." Honkala continued. "We ask the court for a new election to uphold the integrity of our voting systems and the people's confidence in them. It does not matter if the result changes or not, though I believe it would."

For additional information on some of the voting irregularities at Esperanza and elsewhere, see the court brief at www.cheri197.com/lawsuit.