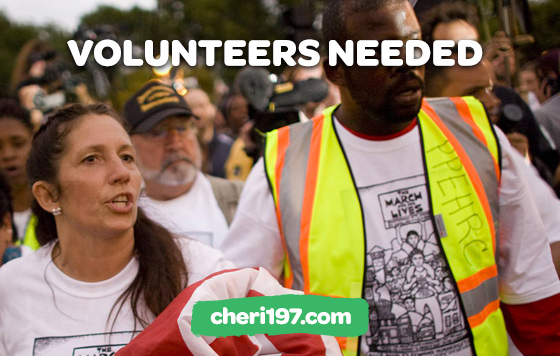 Cheri Honkala, our 2012 Vice Presidential candidate, is running for a seat in a special vacancy in the Pennsylvania State House and needs your help leading up to Election Day on March 21, 2017.

The incumbent, Leslie Acosta, resigned early in January when reports finally surfaced that she had pled guilty LAST MARCH on corruption charges. The previous incumbent was also forced to resign early due to a corruption conviction.

The Democrat in running in this special election was hand-picked by the disgraced Acosta in a 'I'll scratch your back if you scratch my back' scheme. If he's elected, Acosta will take over managing his business empire!

The local Democrats are so outraged that two of the Democratic Party Clubs in the district have endorsed Cheri.

While there is a Republican running, Trump received zero votes in the 197th District.

Needless to say, this is a winnable race.

Here's how you can help:

Coordinate with her staff and organize a trip to Philly. You're not that far!
There, you could help with lit drops, door knocking, or if you could stay a bit longer, help staff the office …
If you can't go to Philly, volunteer to do so some phone banking from your own home...
Election Day

With 75 polling stations, Cheri's campaign will be hard pressed to monitor all of them. She will need all the trusted eyes she can get on Election Day, especially if she has to run as a write-in.

Cheri Honkala has pledged that if elected, her district office and her legislative office in Harrisburg will become open sanctuaries for the homeless and at-risk immigrants.

As co-founder of the Kensington Welfare Rights Union and National Coordinator of the Poor People's Economic Human Rights Campaign Cheri has "street cred". Once in office, Cheri will continue to organize for the dignity and basic human rights of each of her constituents in District 197. She will fight for economic and environmental policies that redirect industries away from human and ecological degradation and towards community empowerment and sustainability, for a just and habitable future for all Pennsylvanians.

If you're willing to help please sign up at cheri197.com/volunteer.

If you're unable work but want to donate to help Get Out The Vote, online donations can be made at cheri197.com/donate.

As Greens, we know that change cannot be left to corporate superheroes. We have to do this ourselves, and so we're asking for whatever help you can manage. Thank you!