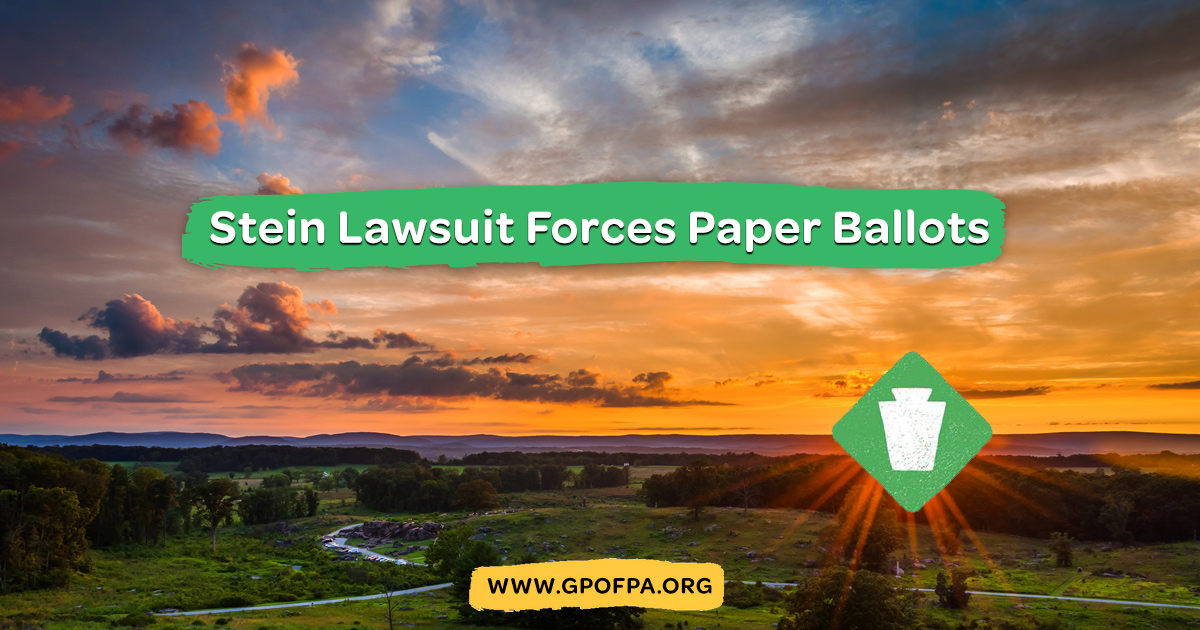 Jill Stein, and the citizen Plaintiffs from Pennsylvania, announce a Settlement Agreement regarding the 2016 recount lawsuit. The Agreement requires a phasing out of the mostly paperless voting equipment used used in the state in favor of machinery the includes a paper ballot for all voters. The upgraded machines must be in place by 2020, but, by 2022, Pennsylvania must also perform audits in all counties, in order to verify the validity of election results, and the effectiveness of the voting machines used. The audits will compare paper ballots with machine totals to give citizens confidence in the accuracy of elections. The Federal Court has retained jurisdiction in the matter to assure Pennsylvania complies with the terms of the settlement. Additionally, Jill and the other co-Plaintiffs will be allowed to appoint observers to confirm the Commonwealth is upholding its responsibilities in the Settlement.

The recount suit originally set out to achieve a statewide recount, including a forensic examination of voting machine software, in the 2016 Presidential election. Though that request was denied in December of 2016, the suit moved forward on the remaining issues in the case. The two most notable claims are the thousands of under votes in the presidential contest, as indicated by paperless machinery in Montgomery County, and Pennsylvania's impossible standard for requesting recounts. By having a paper ballot for each vote cast, combined with aggressive audits, the need for recount requests becomes far less likely. The Department of State does not have the authority to amend recount requirements and procedure, as that power belongs to the legislature. The Stein Settlement reflects a powerful and historic victory for election integrity, given these limitations of authority.

This is the third time in the past two and a half years the Green Party has prevailed in Federal Court regarding election and ballot access matters. Besides this week's recount settlement, the Green Party of Pennsylvania has succeeded in lowering the ridiculous petition requirement for third party and independent candidates, as well as getting rid of the threat of massive legal fees for the losing side in a petition challenge. The ability to use out of state petitioners, as well as voters being able to sign more than one third party nominating petition is among other issues won through court challenges. These victories have brought a once vexing electoral system in Pennsylvania much closer to the standard of functioning democracy.