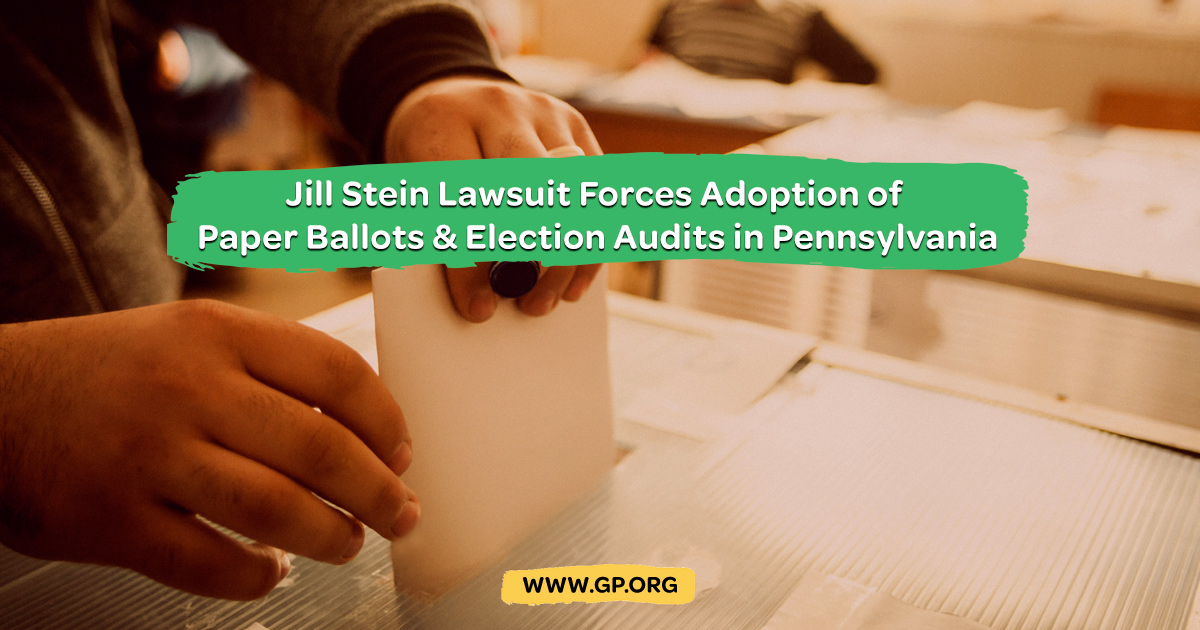 When you absolutely, positively need to steal an election, nothing beats the simple elegance of modern, computerized faith based voting machines. You can gerrymander districts, you can conduct malicious purges on spurious grounds like people convicted of felonies in other states having similar names. You can close polling places in neighborhoods unlikely to vote for you. You can even intimidate voters at the polling place, but all these things either leave paper trails or can generate unwanted publicity.

But with modern faith-based voting you allow the voter to touch a screen and press a button, apparently casting a vote. But no paper trail is created, no audit or recount is possible. The official and certifiable result is whatever the machine says it is, period exclamation point. State officials and corporate news talkers doggedly insist that questioning the machines is conspiracy theory, akin to questioning the integrity of arithmetic itself. And the machine’s manufacturer makes a healthy investment – I mean a healthy campaign contribution to the officials responsible.

In 2016 Green Party presidential candidate Jill Stein filed lawsuits in Wisconsin, Michigan and Pennsylvania demanding recounts and audits of the vote in that year’s presidential election, following numerous irregularities including tens of thousands of votes that vanished or went uncounted in Wisconsin and Michigan. The suits in Michigan and Wisconsin were dismissed on flimsy grounds, a judge in Michigan directly ruling that US voters had no right to any kind of audit of election results. But the case dragged on in Pennsylvania, and was finally settled yesterday.

In an out of court settlement reached in order to dismiss the suit, the state of Pennsylvania agreed to begin using paper ballots in 2020, with automatic audits beginning in 2022. The precise details of how the state will manage the introduction, or re-introduction of paper ballots by 2020 and audits by 2022 are still to be negotiated, but this is a significant step away from the faith-based voting regimes in place in much of the US.

The Hillary Clinton campaign had the same information the Greens had, but refused to question the crooked 2016 election results. There was a split among Democrats, and many small amount contributors like those affiliated with MoveOn.Org supported Stein’s effort for a 2016 recount and audit pitched in to make the lawsuit possible. Likewise there was dissension inside the Green Party as to whether this was a good idea as well, with some complaining that Stein had essentially joined the Democrats. This seems to be groundless, since the Democratic party and its presidential candidates in 2000 and 2004 threw away their own legitimacy by prematurely conceding to their Republican opponents and stubbornly refusing to wage any sort of public fight against Republicans who orchestrated a nationwide electoral crime wave to secure the White House and more than a few seats in Congress. It’s more accurate to suggest that the Stein lawsuit, and the Green effort to abolish some of the most flagrant electoral theft tactics was an invitation to Democrats and Republicans to join not just Greens, but the rest of the planet in rejecting this obvious abuse of the pubic trust.

Fact is, the lawsuit contributed mightily to what is now a broad and nonpartisan groundswell against faith-based electronic voting, a groundswell that includes Republican candidates for office as well as Democrats and Greens. That’s right – just like Democrats borrowed the name, if not the substance of the “Green New Deal,” a surprising number of state level Republican candidates for the offices which administer elections are insisting that they too want to see paper ballots, and the possibility of audits and recounts. The persistence of Stein’s legal team, and the original good call in filing the suit doubtless contributed to what looks like the beginning of the end of faith based electronic voting. Even the Republican candidate for secretary of state in Georgia of all places, without even being asked, says he is for paper ballots now.

There are still plenty of other ways to steal elections, of course, many justified in opinions of the black robed crooks who sit on our nation’s state and federal courts – gerrymandering, caging, purges, outrageous restrictions on voter registration and early voting just to name a few. You can visit gregpalst.com for a summary of the ways elections can and are still being gamed.

But we should take a moment to thank Jill Stein and her team for pursuing this legal angle, and that’s what it is not liberation but a legal angle, to make elections in this country a little closer to fairness. It’s important. After all Greens and opposition Democrats and independents across the country will have to compete in local elections in 2019, and another round of primary and general elections in 2020. This is one less piece of skullduggery they’ll have to worry about.