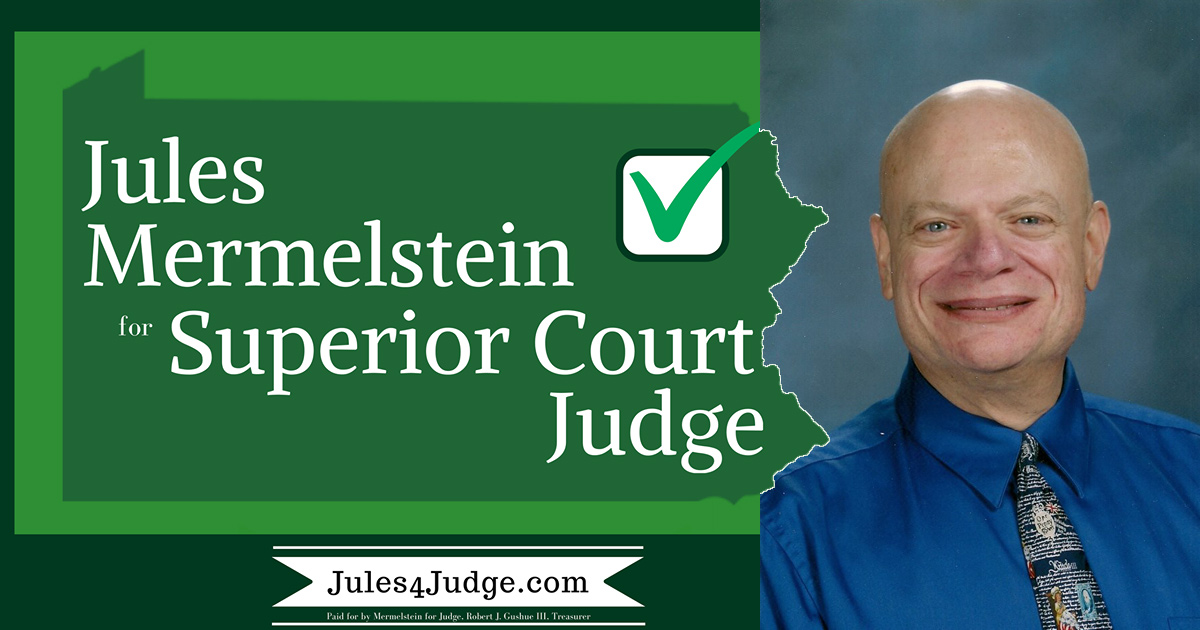 UPPER DUBLIN, Pa. – The Jules for Judge campaign got an early start to the summer campaign season with a pair of events in eastern Montgomery County.

Last Friday, May 19th, in Ambler, musicians Debra Lee and Rick Denzien hosted a house party and concert to support Mermelstein and his commitment to strong environmental protections. Michael Craner, the first person to drive an electric car across the continental U.S., was also present among the eco-conscious crowd enjoying Lee and Denzien’s performance. The duo was accompanied by one of Lee's vocal students in anticipation of the upcoming singers vocal master class with LA VoiceWorks guru Lisa Popeil.

On Saturday May 20th, supporters canvassed the neighborhood prior to rallying at the Upper Dublin Township building. After a song by Rick Denzien, Mermelstein contrasted his legal record with recent high profile corruption in Pennsylvania's justice system, and explained his judicial philosophy. "When I argued law cases, and if I become a judge, what I will look at is how would a just society interpret this law and apply it to the facts of this case." He concluded his talk: "That's what I can offer you: my integrity, my honesty and my hard work at being a judge."

Jules Mermelstein is one of nine candidates seeking election to one of four positions on the Pa. Superior Court. Voters can give him one of their four votes to support a candidate who does not represent the two major parties. A licensed attorney since 1980, Mermelstein has argued civil and criminal cases in front of the Superior Court. He was also elected to five consecutive terms as an Upper Dublin Township commissioner and was awarded the Upper Dublin Medal for Outstanding Citizen in 2011 in recognition of his 19 years of service.