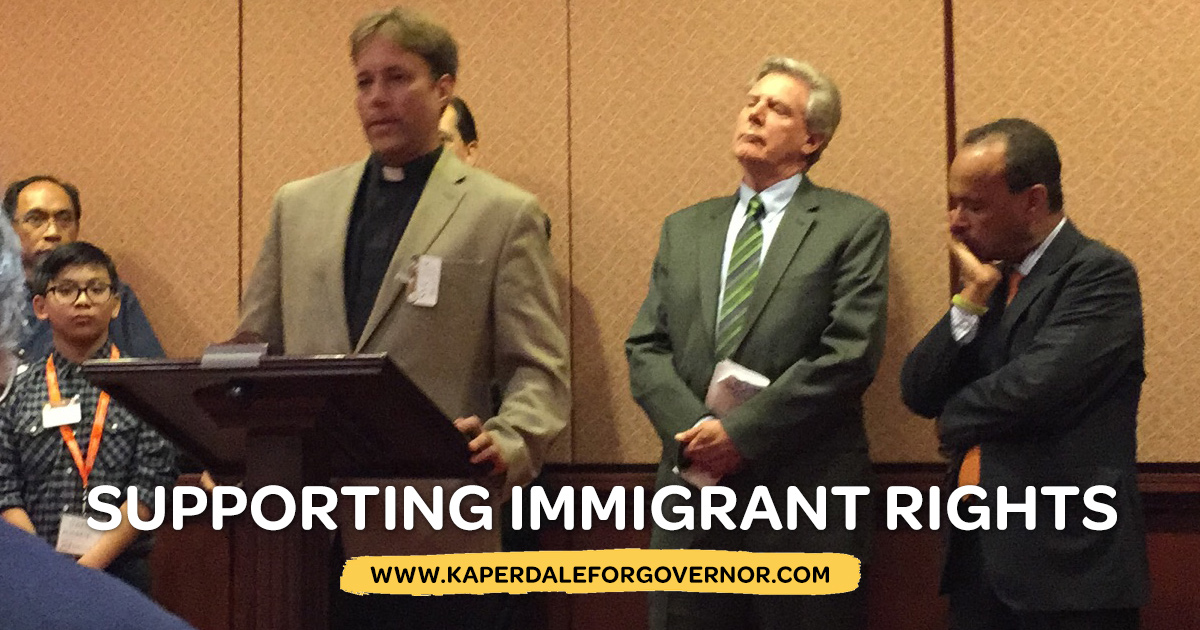 The pastor-candidate has been associated for years with his activism. Since becoming a candidate he has been described as "the only progressive running" and "the Bernie of New Jersey". His platform seeks justice for immigrants, refugees, and asylees, including a single-payer healthcare plan that extends to the undocumented, and a plan for legal drivers licenses for this group. Kaper-Dale is determined to make New Jersey a Sanctuary State by prohibiting state law enforcement from conducting activities on behalf of I.C.E. among other advancements for migrant rights. His policies all are dedicated to dynamizing the state's economy, in addition to making it a safe place for all residents. He promises a $15/hour minimum wage for all, including people serving jail time, and a plan for renewable energy aimed at lowering NJ's carbon footprint by 20% during his first term, distinguishing him from the Democratic and Republican candidates.

Senator Menendez had the following to say at the event: "I'm glad we are here to raise our voices, and not be complicit in President Trump's mass deportation agenda." Representative Pallone informed the audience that he and Representative Maloney have reintroduced the Indonesian Refugee Family Protection Act, which Kaper-Dale helped to write in 2012.

Yesterday, after Kaper-Dale participated in his community's weekly Monday sunrise protest outside of Elizabeth Detention Center, he got word that the NJ Division of Elections certified that he is on the ballot in one of the only two gubernatorial elections in the country November 7th, 2017.