Kaper-Dale Calls Out Murphy, Guadagno, Prepares to Square Off 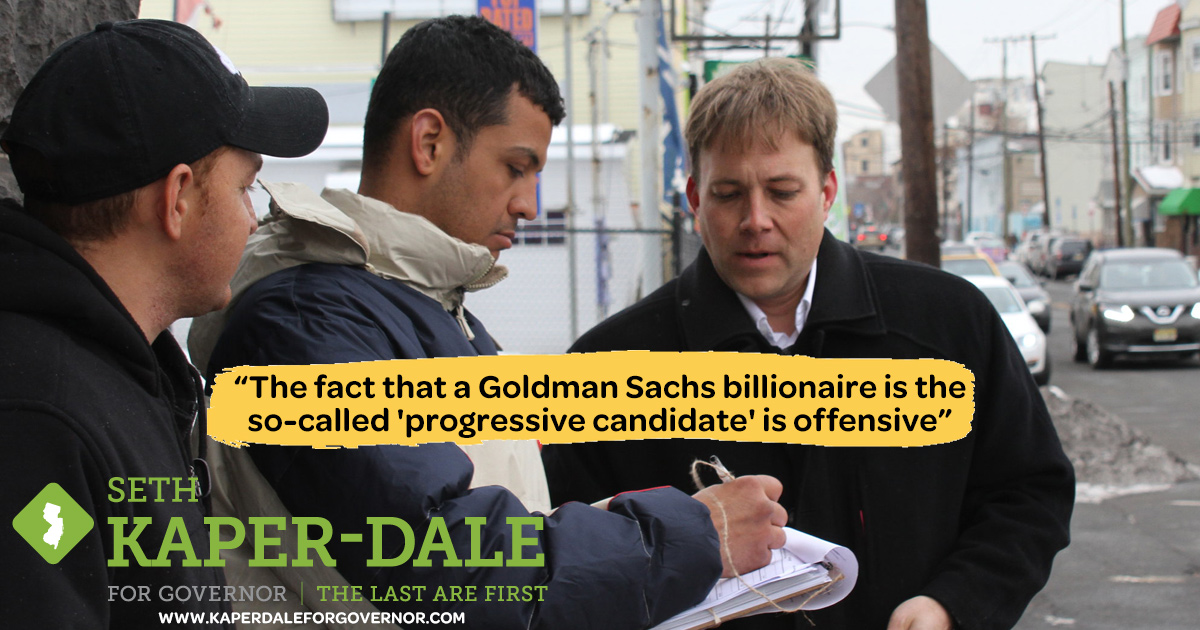 HIGHLAND PARK, NJ-- As Phil Murphy and Kim Guadagno became the nominees for their respective parties for the general election in November, gubernatorial candidate Seth Kaper-Dale wasted no time in bringing their flaws to light.

While hosting an online town hall, Kaper-Dale was asked, "What makes your platform better than Phil Murphy's?" His response, "Everything makes my platform better than Phil Murphy's. And I mean that." He continued, "The fact that a Goldman Sachs billionaire...is the so-called 'progressive candidate' is offensive...we have people who can hardly make it in this state...he does not believe in single payer medicare for all…because he is a friend to the health insurance industry…"

Kaper-Dale is a strong advocate for single-payer medicare for all.

Kaper-Dale, whose platform includes raising the minimum wage to $15, ending mass incarceration and the legalization of marijuana, has gained national attention for his work with Indonesian refugees who sought asylum in his church.

Kaper-Dale will face-off against what his Communications Director defined as, "A corporate billionaire, and a Christie-redux," in the general election in November.

The two were nominated primary elections in which only approximately 13% of eligible voters participated. In Murphy's case, he was nominated with less than half of the voters in the Democratic Primary.

Overwhelming support was most recently shown for Kaper-Dale when he asked Facebook supporters for $10,000 in a week, up until the day after the primary, and not only met, but exceeded his goal.