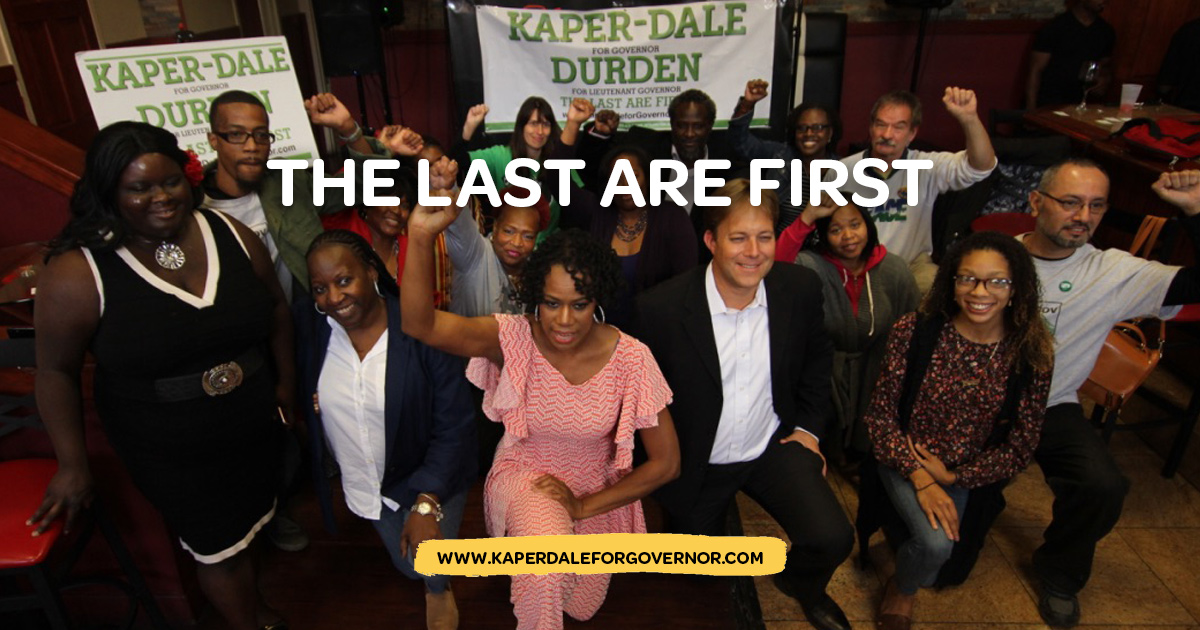 Kaper-Dale, who Monday's mycentraljersey.com editorial section showcased, says that while other candidates promote tweeks and reforms, he is the "revolutionary" candidate. "I hardly trust that either a Wall Street billionaire or a Chris Christie redux are going to bring anything more than status quo politics," he said, "while what the majority of people in New Jersey need is transformational change." Kaper-Dale is the only one of the major party candidates to specifically commit to Medicare for All, getting lead out of the tap water, and placing a moratorium on new fossil-fuel pipelines.

Furthermore, the Green campaign is the only one to be featured in over a dozen multi-candidate forums since January, to have drawn its party's Annual National Convention to New Jersey, and to have raised $100,000 and still been barred from the debates.

Lieutenant Governor candidate Lisa Durden said "To people who say we can't win, I say we have already won. We've won because we were building community before we started running, and we're going to keep advocating and agitating after Election Day no matter what the results are."

The campaign is throwing an Election Night party at Pino's at 13 North 4th Ave. in Highland Park from 7 p.m. "until victory." People are encouraged to make a donation to reserve their space, of a suggested amount of $5 to $500.