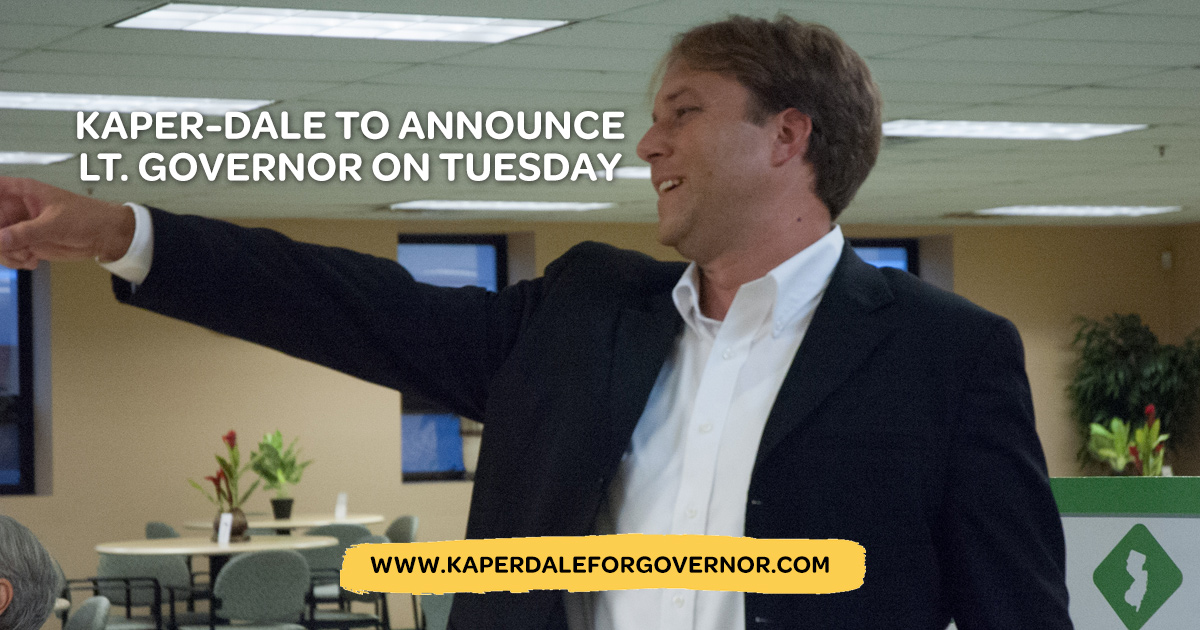 NEWARK, NJ -- On Tuesday, July 25th at 11 am, the Kaper-Dale for Governor campaign will announce its candidate for Lieutenant Governor, via a press conference. The conference will be held near the entrance to Beth Israel Hospital, Newark (201 Lyons Ave, Newark, NJ 07112) on the corner of Schuyler and Lyons Avenues.

Seth Kaper-Dale is running for governor in the Green Party of New Jersey. His work with homeless veterans, refugees, incarcerated persons, teens aging out of foster care, and the environment has gained him recognition in various news outlets in the tri-state area, according to his campaign. He also states that he is the only candidate who fully supports a single payer medicare for all system in New Jersey.

ALL MEDIA ARE INVITED TO ATTEND

Regarding the announcement, Kaper-Dale said, "We are really excited about our pick, and what they will do, not only for helping the campaign, but for helping make the state of New Jersey a better place for all. We're going to win this. The numbers prove that we can. We can't wait to make this announcement, and begin work with our running-mate on the path to Trenton."

"Sixty-one percent of NJ registered voters in the last gubernatorial election in New Jersey stayed home. Only 13% voted in this June's primary. The Goldman Sachs candidate took less than half of the Democratic vote within that 13%. This announcement will help us galvanize those who have been left out and relegated to the bottom for far too long," said Geoff Herzog, Campaign Manager.

Up until now, the only hint as to who Kaper-Dale might pick, is his choice of Newark as the location to make this announcement. Both the Democratic and Republican candidates have yet to finalize their respective choices.

New Jersey is one of only two states holding a gubernatorial race; the general election will take place on November 7th.