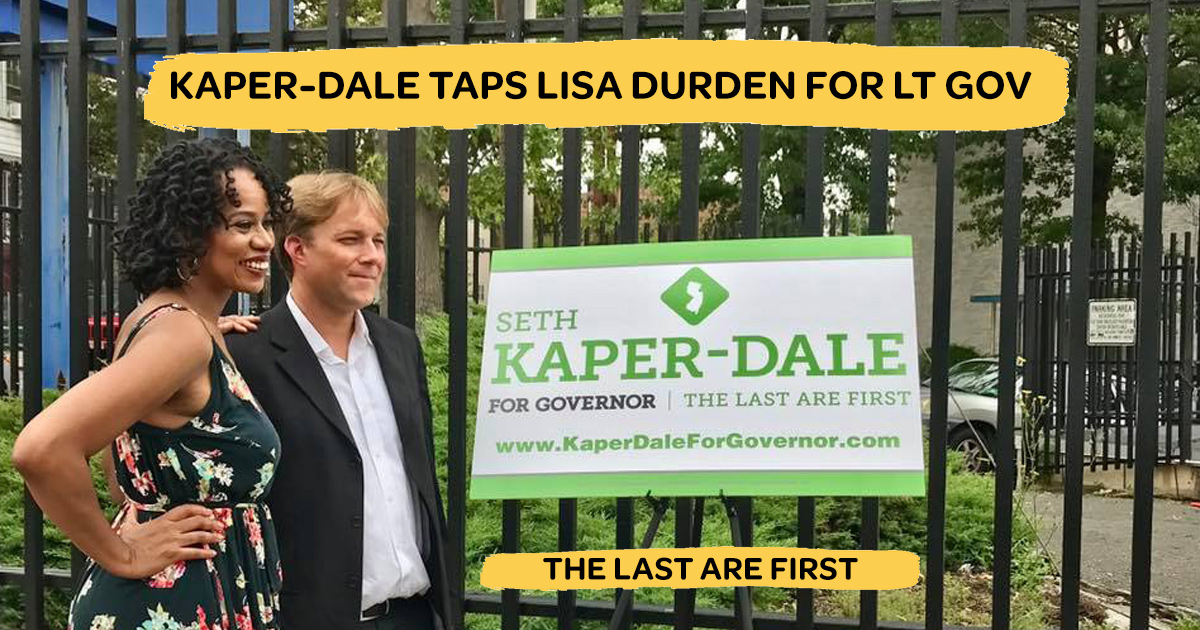 NEWARK, NJ -- On Tuesday, July 25th, New Jersey Green Party gubernatorial candidate Seth Kaper-Dale named Lisa Durden as his running mate. According to WBGO.org, Kaper-Dale was the first candidate in the race to announce a Lt. Governor. The announcement came via press conference in Durden's hometown of Newark, New Jersey.

Durden's website refers to her as "a strong fixture in her community, holding such positions as Vice Chair of Membership for Diversity Newark, formerly a New Jersey based organization that helped to bring diverse groups of people together in Newark and the surrounding cities." Durden gained national attention after being fired by Essex County College from an Adjunct Professorship following appearing as an expert commentator on the Fox News Tucker Carlson Show, where she defended a Black Lives Matter event for inviting exclusively African-Americans.

Kaper-Dale, who has branded himself as the "only progressive running", is running on a platform that "puts the last first", according to his campaign. His campaign claims he is the only candidate to support Medicare for all in New Jersey at a time when federal health funding is threatened in Congress. His platform also includes the elimination of greenhouse emissions, a halt to all fossil fuel pipeline expansion, restoring both the right to vote and the right to a minimum wage for the incarcerated and the legalization of marijuana.

In making the announcement, Kaper-Dale said the following, "We need the lens through which Lisa Durden sees the world...could you imagine debates this fall, friends, with Seth Kaper-Dale, pastor and activist going up against Goldman Sachs and Christie's Lieutenant Governor? Could you imagine debates with Lisa Durden going up against anyone the two corporate candidates might choose?"

The Kaper-Dale/Durden ticket is running on the slogan "We're Running for Governor".

The general election will take place on November 7th.