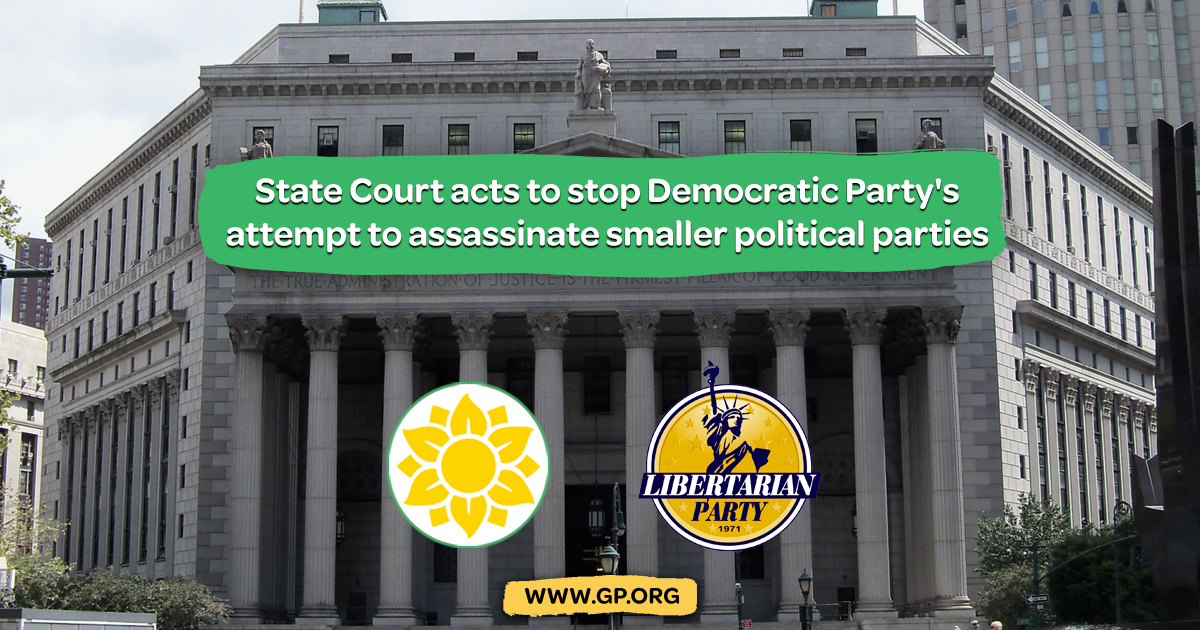 Justice Ralph Boniello Thursday tossed out the law establishing a commission purportedly set up to create a system of publicly financed campaigns, but instead deviated into attacks on third party and independent candidates. The Judge ruled that the measure creating the panel was "an improper and unconstitutional delegation of legislative authority."

Officials from both parties vowed at a December press conference that a joint lawsuit against the commission's overreach would be forthcoming if the State Legislature did not act and the commission's recommendations became law in 2020. The lawsuits brought by the Working Families and Conservative Parties in state court have now turned the tide against the Democratic Party's heavy-handed attacks against their independent and third party competition.

"In the age of Trump, it is sad to see the Democratic Party use their control of the state government to suppress political debate and electoral challenges by true national third parties. Democracy is on life support in New York and our country. It was a slap in the face to everyday New Yorkers for Governor Cuomo and the Democrats to unilaterally rig the system in an attempt to crush any political party who challenges them," said Green Party of New York Co-Chair Gloria Mattera.

The Green and Libertarian Parties are prepared to file a lawsuit in federal court to prevent further attacks on third parties and independents if the lawsuits in state court by the Conservative and Working Families do not ultimately prevail against appeal.

Previous stories on this issue