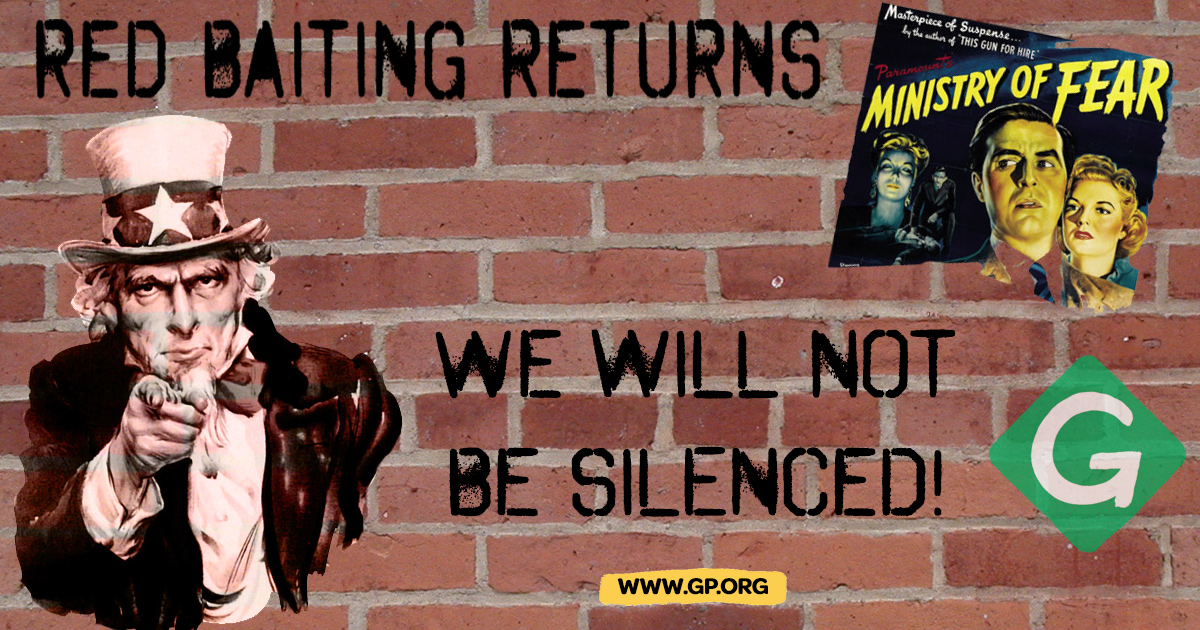 WASHINGTON, D.C. -- Green Party leaders said today that Democrats and their supporters in the media have launched a Russia-baiting campaign to smear Dr. Jill Stein and the Green Party with baseless accusations and insinuations that the latter colluded with Russia during the 2016 election.

Greens said that the request from the Republican-dominated Senate Select Committee on Intelligence for documents from Dr. Stein is not proof of collusion or anything else and called such assumptions ("She was questioned by the Senate committee, therefore she must be guilty") an exercise in McCarthyism and political intimidation.

Dr. Stein has responded to the committee and says she will comply with the committee's request for documents. The Green Party stands behind Dr. Stein's words and her integrity.

"Allegations linking Dr. Stein with Russia are based solely on Internet rumors magnified in the social media 'echo chamber.' Democrats are clearly motivated by revenge against Greens for having participated as an independent alternative party in the 2016 presidential race, instead of endorsing Hillary Clinton. The Green Party runs its own candidates for public office. We don't support nominees from the two parties of war and Wall Street," said Ms. Grage.

The Senate Select Committee on Intelligence reportedly based its inclusion of Dr. Stein in the investigation on the fact that she has been interviewed by RT, a Russia-owned U.S.-based news media company. Dr. Stein and other Greens, as well as leaders and candidates from other political parties, have participated in interviews with a variety of print, broadcast, and online news media, including RT.

"Accusations of collusion with a foreign power merely for being interviewed by a foreign news service are a dangerous attack on the freedom of the press -- a freedom for those covered in the press as well as the press itself," said Ajamu Baraka, the Green Party's 2016 nominee for Vice President and National Organizer of Black Alliance for Peace.

"This is even more troubling because it's happening at the same time as a general assault on the public's access to news, information, and ideas -- the FCC's repeal of Net Neutrality laws, prosecution and vilification of whistle-blowers, Google's decision to restrict access to news and opinion sites that offer exposés and dissenting points of view. To this list we can add the vicious denunciations on some opinion pages and web sites of anyone who criticized Ms. Clinton, her campaign, or the DNC during the 2016 election," said Mr. Baraka.

Jill Stein's accusers have noted her 2015 visit to Russia and a photograph of her at a dinner table with Vladimir Putin. Dr. Stein, who traveled to Moscow (on her own dime) to speak at an event on foreign policy and averting military conflict, has discussed the visit in numerous interviews and public statements (examples: https://theintercept.com/2017/06/07/intercepted-podcast-the-woman-democrats-love-to-hate and http://www.jill2016.com/jill_stein_russian_environmentalists and http://www.jill2016.com/stein_in_russia_calls_for_principled_collaboration ).

In her own statement published on Dec. 18, Dr. Stein said "We strongly support legitimate inquiry into any illegal activity in our elections -- including quid pro quo deals, money laundering, corruption and violation of campaign finance laws. At the same time, we caution against the politicization, sensationalism and collapse of journalistic standards that has plagued media coverage of the investigation."

"In the current climate of attacks on our civil liberties, with the emergence of censorship in social media and the press, criminalization of protest, militarization of police and massive expansion of the surveillance state, we must guard against the potential for these investigations to be used to intimidate and silence principled opposition to the political establishment." ( http://www.gp.org/stein_senate_request )

Jill Stein on the Senate Intelligence Committee’s Investigation of Her Campaign for Russian Collusion: 'There Is No There There'
By Max Blumenthal, Alternet, December 19, 2017