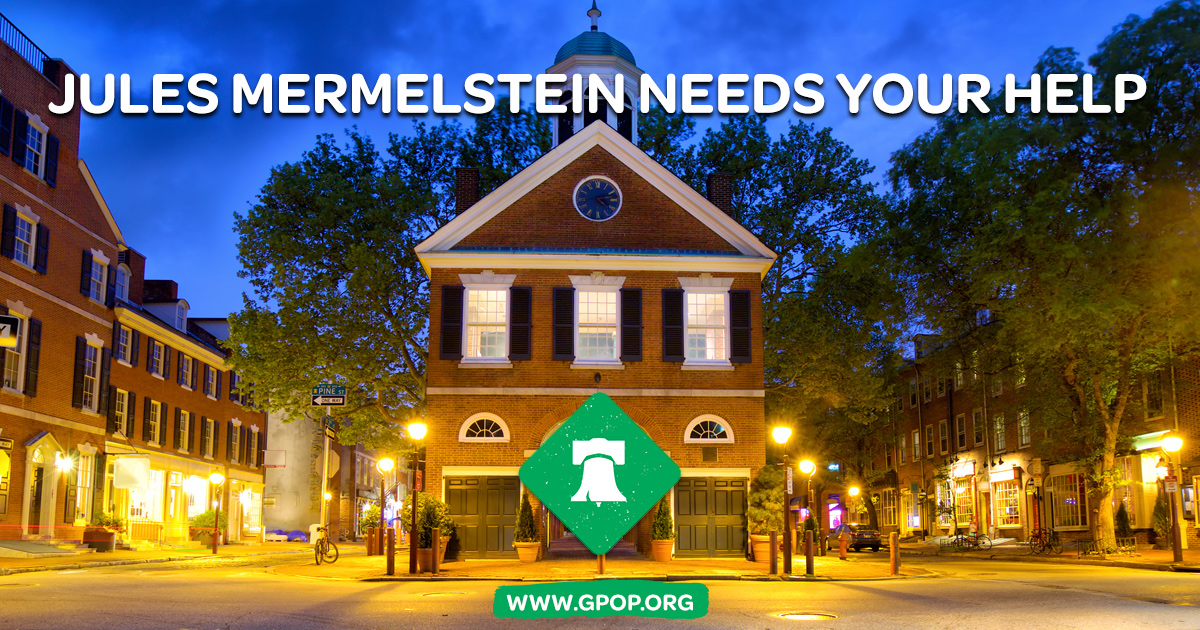 With just one day left until Pennsylvania elects four judges to the Superior Court, the Jules Mermelstein campaign needs your help! As recently reported by Philadelphia Magazine, the number of registered independent and third-party voters in Philadelphia now surpasses Republicans as the second highest portion of the electorate. The Jules for Judge campaign has identified a viable path to victory by targeting independent voters and Jules is the ONLY third party candidate on the ballot.

Jules has lots of momentum heading into November, having recently obtained the endorsement of PSEA, the largest union in Pennsylvania!

Can you volunteer some of your valuable time to help us get the word out to voters about our awesome candidate? As we all know, voters are more likely to vote for a candidate who has a representative with literature at their polling location. In addition to helping on Election Day, many Philadelphians will not know about the election or won't know there is a third party option on the ballot. Please help the Jules campaign knock on doors and spread the word.

Lastly, if you're unable to volunteer your time, please consider a financial contribution. As a Green, Jules does not accept corporate money. The Jules for Judge campaign wants to make robocalls to targeted voters and can't do it without our financial help. Donations will also cover yard signs, door hangers, and allowing Jules to travel across Pennsylvania.