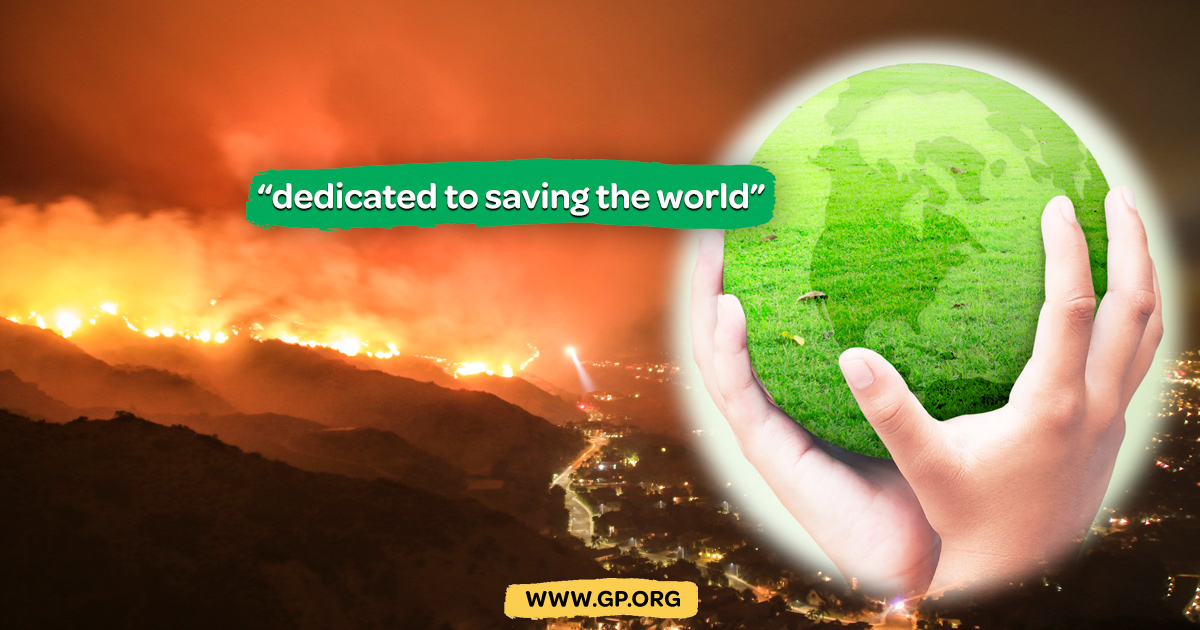 Not so long ago we were warned that dire things were in the offing; environmental, economic, and political disasters threaten to put our very survival in jeopardy. But, led by the rich and powerful, people shrugged and put it out of their minds. It’s just doomsday talk, they said. Scientists were blamed for scaring us. But some, very few, took it seriously.

And now Voila! the future is here. It’s all around us, already! Disasters engulf millions; catastrophes are everyday events. Natural calamities vie with human violence to make life hell for billions of people. A perilous paycheck-to-paycheck existence is the lot of the ordinary person. Pell-Mel and desperate migration is everywhere. Hands are wrung in futile pity as terrible impoverishment overtakes more and more people and great numbers of human beings are slowly poisoned and nobody seems to give a damn.

Yet the daily fare of news in all the mass media outlets, owned by just a corporate few, downplays all that. Thousands of college educated youth are lured into the rigged media to make the abnormal seen normal.

Politicians likewise do the same.

Politicians! What about them? Shouldn't they save us? What are they there for anyway! What about groups of politicians, called parties? They’re supposed to respond to the needs of the people, point a way out of the mess the mire and the hell. Especially now, aren’t they supposed to aim us in a better direction and govern for the commonweal, even as we all face the end of the world as we know it!

But here is something really strange. There is a political party that has not bought into the bullshit, does not kow kow to the rich and the powerful. As a party it is freshly and sincerely dedicated to saving the world.

Of itself this is not strange, it’s happened before. Groups have come forward to shake the establishment, point a better way forward.

So what’s strange about it?

Nobody knows this Party exists! It’s kept a secret, thrust in the closet, made to seem it is not really there. Or rather, not really here!

But hey! you may say, some people have heard about us. But that’s not my point. It’s not necessarily unfortunate that silence reigns about the Green party. The silence also keeps us from getting stuck in the coils of the system. And it is also likely that as the bad times deepen, the hidden reality of our presence will continue to grow, underground as it were.

Thus doubt about the system increases daily. Doubt simmers under the surface in the hearts and minds of millions, hundreds of millions the world over. Again there are polls to show people want a third party.

But it’s more than that.

We live in crazy times. The unusual has also become usual. The very power of the rich and powerful to befuddle and deceive the people can and will backfire. It’s inevitable.

A big part of the opportunity to prepare ourselves is to learn as much as we can about governing. Among us are those who have gained office. Anna Trevorrow, Sam Pfeifle, Gil Harris, Ralph Chapman, Trish Jackson, Ben Meiklejohn, and kindred Greens Ben Chipman, Seth Berry, Chloe Maxmin, and scores of others.

We should be eager to invite them to teach us. Panels, retreats, social media, one-on-one conversations with them should become second nature to us.

But we have not done this--so far. Our focus has not been there. But it is key! It is time to shift focus.

Think about the appalling situation we are in: our children, our neighbors, people we love, the planet itself and all its inhabitants, including humans, our species!—let the terrible knowledge of the end of the world as we know it sink into our souls and without flinching do the work—learn to govern.