The November 7 election is just around the corner – and with your help, we can chart a new course.

Greens are poised to take to control of a once-great city – Syracuse, New York – and turn it into a Rust Belt recovery story whose example could instigate Green electoral insurgencies across New York State and the nation.

For many years, Greens and other forward-looking people in Syracuse have been accumulating the skills, knowledge, and experience needed to turn Syracuse around.

We are now prepared to lead this city forward, with accomplished candidates and policies that can benefit all of us. (See below!)

With your help, WE CAN ELECT GREENS TO MAYOR AND THREE CITY COUNCIL SEATS in Syracuse in this year's November 7 elections.

But we cannot do this without your help.

A QUICK LOOK AT OUR PLANS

The Greens are running on a platform to radically democratize the government and economy of Greater Syracuse.

THREE WAYS YOU CAN HELP

First, make a financial contribution. We are counting on the small contributions of many. We don't take contributions from for-profit businesses. We are politically independent of moneyed special interests. The corporate-sponsored candidates will spend millions between them. Our slate can win with our projected $80,000 budget. Please make your contribution toward this goal.

Second, volunteer to help us bring our message to the voters. If you live in the city, we need your help on the streets knocking on doors and talking to voters. Anywhere you live, you can help with phone canvassing.

Third, if you live in the city, you can put up signs in your yards for our candidates to show public support. Let us know and we'll bring the signs to you. 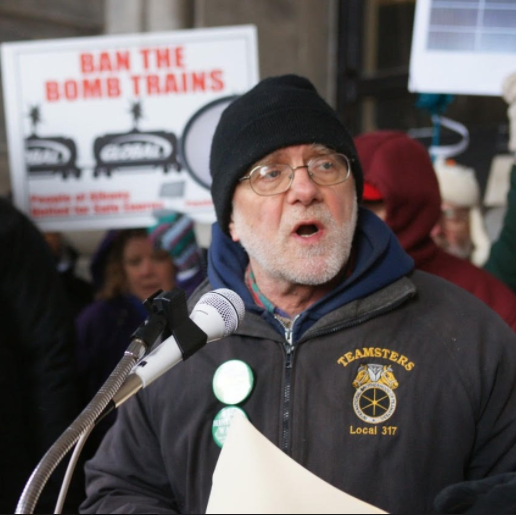 I'm a Teamster who works overnight at UPS and is active in Teamsters for a Democratic Union, the national reform caucus. I went to Dartmouth College, served in the Marine Corps, and worked in construction for many years, including in a worker cooperative I co-founded that specialized in energy efficiency and wind and solar installations.

But I believe my most relevant qualifications for mayor are the political skills I've developed as an organizer in movements for peace, justice, labor, the environment, and independent working-class politics since the 1960s. It will take political savvy to unite our city behind fundamental reforms, as well as to build coalitions across our county and state that can win the reforms that municipalities need from county and state government.

I've run many times as a Green, receiving between 35% and 48% in my last four local races. I twice won enough votes statewide to secure the Green Party a ballot line in New York's four-year election cycles through runs for governor in 2010 and 2014.

The Syracuse Post-Standard used to call me the "perennial candidate." This year they say I have "a steady base of support in the city." I've been included in all the debates and receive equal treatment by the media.

I'm in a four-way race. Ben Walsh is branding his candidacy as "independent," but he was head of business development for the retiring Democratic mayor – and he is also the scion of a Republican family political dynasty. His father was a member of Congress, and his grandfather was both mayor and a member of Congress. Local developers are bankrolling Walsh's campaign. Is it any wonder why?

Out of town developers and lobbyists grubstaked the candidate designated by the city Democratic Committee, Joe Nicoletti. But he lost the primary to Juanita Perez Williams, a conventional Democrat, socially liberal but fiscally conservative. Nicoletti remains on the ballot as the Working Families Party candidate, but is not actively campaigning. Perez Williams is now the candidate of a bitterly divided Democratic Party, many of whose leaders are backing Walsh.

The designated Republican, Laura Lavine, is unlikely to outperform the 15% Republican remnant left in the city. The other city voters are enrolled 56% as Democrats and 29% as no party or other parties. 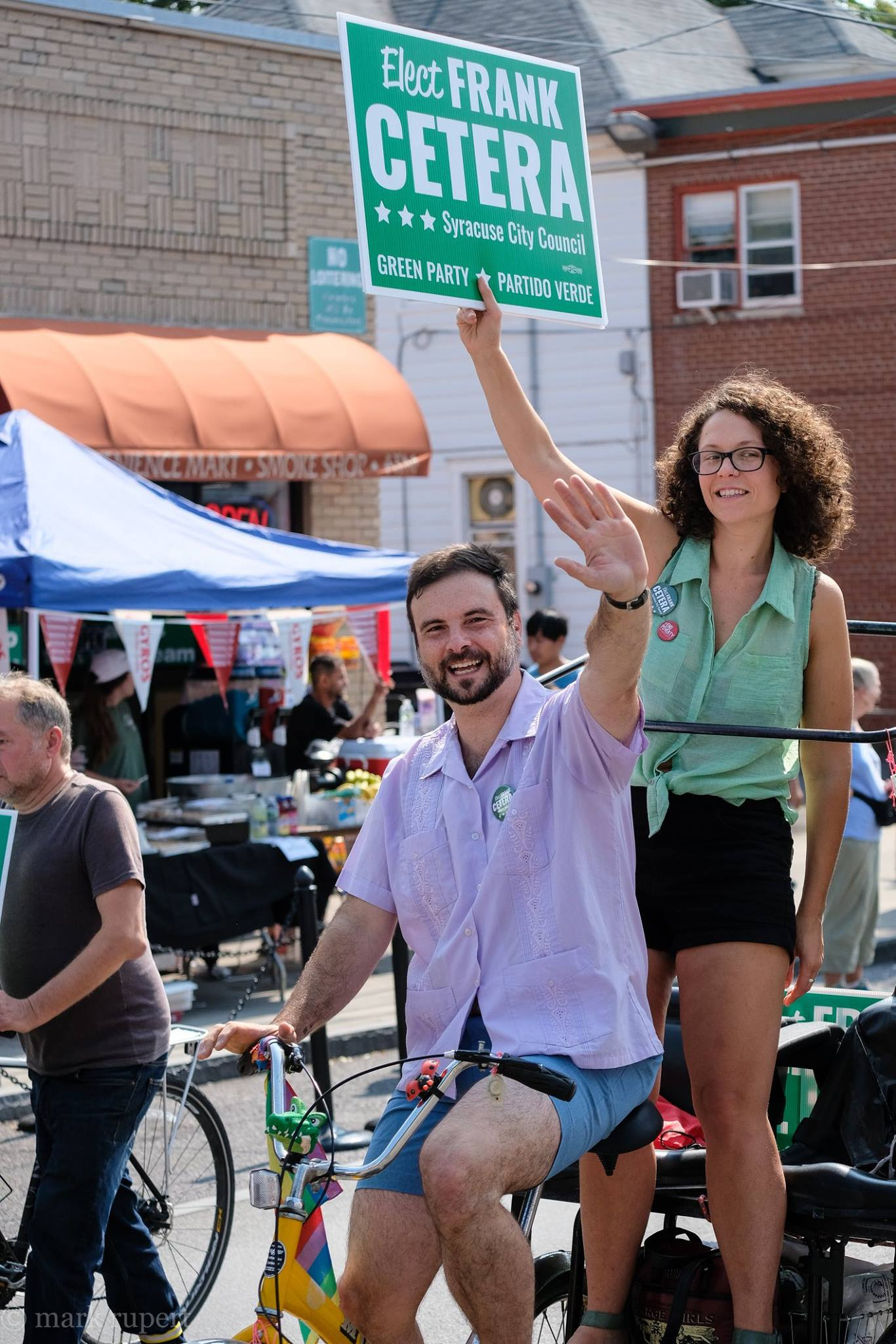 I got 35% citywide for auditor two years ago. I like my chances in the Final Four.

Frank is a business advisor and co-op developer at the Onondaga Community College Small Business Development Center, where he is a steward in his teachers union and a delegate to the Greater Syracuse Labor Council, which has endorsed Frank's candidacy.

Frank is also deeply involved in community movements across the city, from leading the transformation of four unused Syracuse green spaces into productive fruit and vegetable gardens to serving as board treasurer of the neighborhood planning councils called Tomorrow's Neighborhoods Today and as board president of Cooperative Federal, Syracuse's community development credit union.

Frank has worked on many Green campaigns since 2010 and ran a strong campaign himself for 2nd District Councilor in 2015. Among Frank's leading policy proposals are a progressive city income tax to save the city from insolvency, neighborhood-directed planning and participatory budgeting, worker co-ops to fight poverty and inequality, and municipalization of sidewalk maintenance and snow removal in America's snowiest city where we average over 10 feet a year. 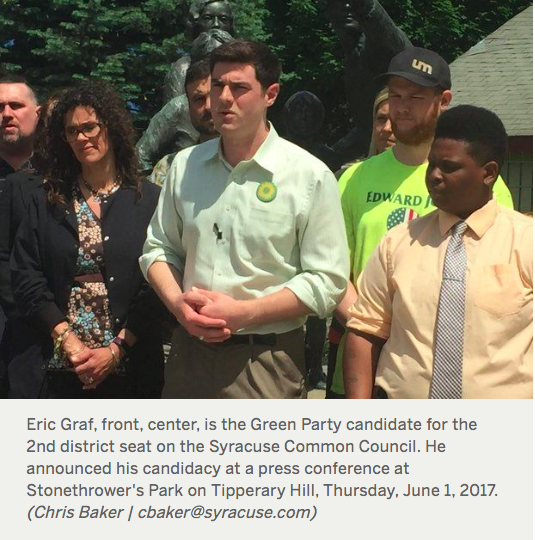 Eric is a 26-year-old son of Tipperary Hill, the largely Irish community that is the largest voting bloc in the 2nd district. Eric announced his campaign at Stone Throwers Park, which commemorates the Irish youth in the 1920s who kept throwing stones to knock out the new stop light at the center of Tipp Hill because British red over Irish green symbolized British oppression of the Irish. The city finally relented and that corner by Stone Throwers Park today still has the world's only upside down stoplight, with green on top. 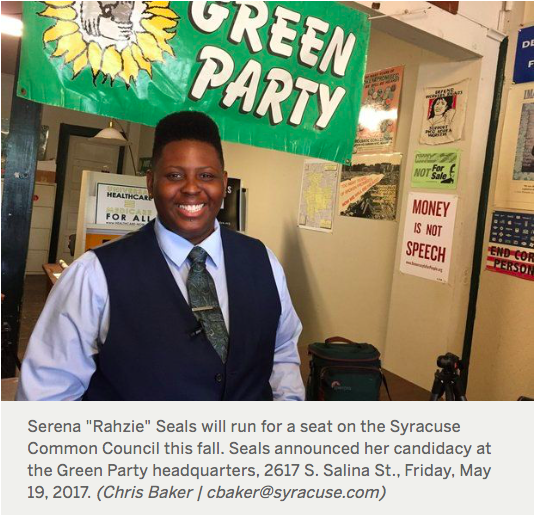 Serena is a leader in Black Lives Matter - Syracuse. Rahzie, as she is known to friends and family, is running on the Platform of the Movement for Black Lives. She said at her campaign announcement that "when all black lives matter, everyone's life will matter."

The issues around police brutality are personal for Rahzie. Her father, Tom Seals, was one of the first African American police officers in the city. He advocated for the Citizens Review Board and later became 4th district councilor. Rahzie's cousin, Jonny Gammage, was infamously suffocated to death by police officers in 1995 – much like Eric Garner on Staten Island in 2014 – in a traffic stop outside Pittsburgh while staying with his cousin and Serena's brother, Ray Seals, a defensive end with the Pittsburgh Steelers. In 2016, another cousin, Darren Seals, an anti-police brutality activist close to Michael Brown's family, was shot dead in a still unsolved murder in Ferguson, Missouri.

Rahzie works in the hospitality industry and operates an entertainment organization called BlackCuse Pride, which provides events and support for the inner city LGBTQ community. 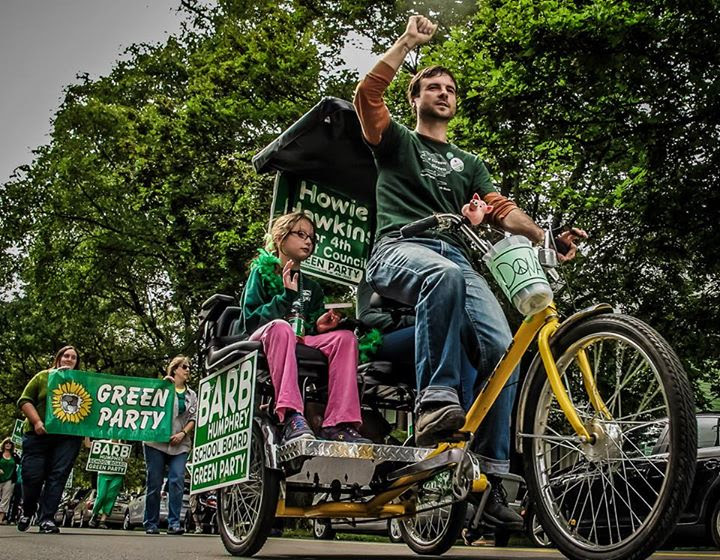 I want to be the next mayor of Syracuse, not its last mayor. Syracuse faces a hostile takeover. With a recurring structural budget deficit, the city will go broke during the next mayor's term without new revenues. A self-appointed commission of the local elite wants to dissolve Syracuse and consolidate it into a countywide metropolitan government featuring centralized top-down rule by an upper and upper-middle class political bloc whose power is magnified and entrenched by private campaign funding and winner-take-all elections. With insolvency, a state-appointed financial control board could force the city to dissolve into the county government.

Under this consolidation proposal, the city is reduced to a special "Debt District" with a county-appointed "overseer" to make city residents pay extra taxes for their segregated schools and the pensions and health care of their former city employees. Meanwhile, the surrounding 19 towns of Onondaga County can opt into the metropolitan government, which they won't because they value their local powers. Governor Cuomo awarded the metro region a $500 million economic development grant that includes $25 million to promote consolidation.

OUR PLAN FOR SYRACUSE

Syracuse is dying – behind the politicians' confident smiles and conventional prescriptions, even they know that. So we Greens, listening to and working with Syracuse residents, have developed a detailed and realistic plan for turning Syracuse around. It consists of new policy initiatives in four areas: (1) instituting progressive tax reforms, (2) fighting poverty, segregation, and violence, (3) building a sustainable prosperity, and (4) democratizing Greater Syracuse.

Alone among the political campaigns in Syracuse, the Green Party is calling for Progressive Tax Reforms to put the city's fiscal house in order and save our city, including: 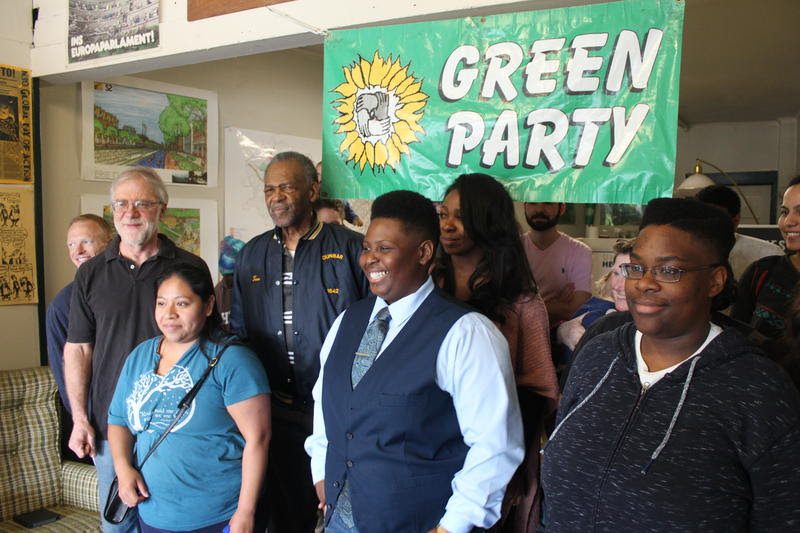 To reduce poverty and build community wealth, Syracuse Greens are calling for a municipal bank to plan, advise, and finance worker co-ops where the wealth created by workers' labor stays with working families as increased income and assets.

We are calling for municipal ownership of power and broadband utilities in order to end the city's abusive exploitation by giant power and telecom oligopolies and lower the costs of living and doing business in the city.

Alone among the city's political campaigns, the Greens are calling for policies to begin reversing the housing and school segregation that isolates minority, poor, and working-class people from resources and opportunities that more affluent people take for granted.

Last but not least, with a record murder rate last year, a chronic problem of police abuse, and a police force that is 93% white and 92% from out of town in a city that is half people of color, the Greens are calling for investing in poor neighborhoods, police diversity, community policing, and restorative justice. Syracuse must move away from militarized stop-and-frisk policing in poor neighborhoods that has led to the mass incarceration of minority, poor, and working-class residents.

The Green Party's sustainability initiatives include taking down the Interstate 81 elevated highway through the heart of the city, and replacing it with a community street grid with mixed-income, mixed-use, walkable neighborhoods.

We will require landlords to make their properties lead-safe before renting them out.

We are calling for de-channelizing and restoring Onondaga Creek's natural course, wetlands, and riverbanks. The result will be to reduce flooding and enhance the homes, parks, and recreation areas along the creek's path through the impoverished south side.

We are calling for public power so we have the democratic power to implement a rapid transition to 100% clean energy.

The Greens are calling for an Inclusive Democracy featuring neighborhood assemblies, participatory budgeting, proportional representation on legislative bodies, ranked-choice instant-runoff voting for executive offices, and full public funding for candidates who opt out of private funding. We are calling for these reforms not just in the city proper, but throughout the metropolitan region.

Unlike the anti-democratic consolidation proposal offered by the local elite, the Greens are calling for a grassroots-democratic form of metro government. It would be based on proportional representation in the metro legislature, ranked-choice voting for metro executive offices, and a metropolitan federation of city and town governments. Doesn't that sound more appealing to citizens across the metro region than the dissolution of existing local governments into a centralized top-down metro-government, as called for by our local elites? 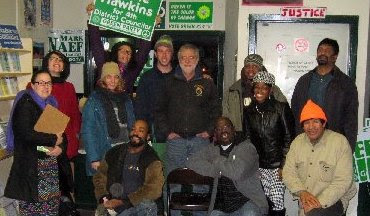 If Syracuse Greens win election and take these initiatives, we think our city could become an inspiration for municipal reform movements across New York and the nation. It could help all of us.

Local politics is where we can begin to take power from below and create positive alternatives to the racism and lawlessness of the Trump regime, the militarism and public austerity of the corporate-indentured Democratic leadership, and the relentless acceleration of the climate crisis.

Let's begin by winning in Syracuse on November 7. You are needed! Come join us!

P.S. If you prefer to send a check instead of contributing online, please make the check out to "Vote Green Syracuse" and send it to P.O. Box 562, Syracuse, NY 13205.

P.P.S. Please forward this appeal to people you think will be interested.