Respect all sacred sites and people 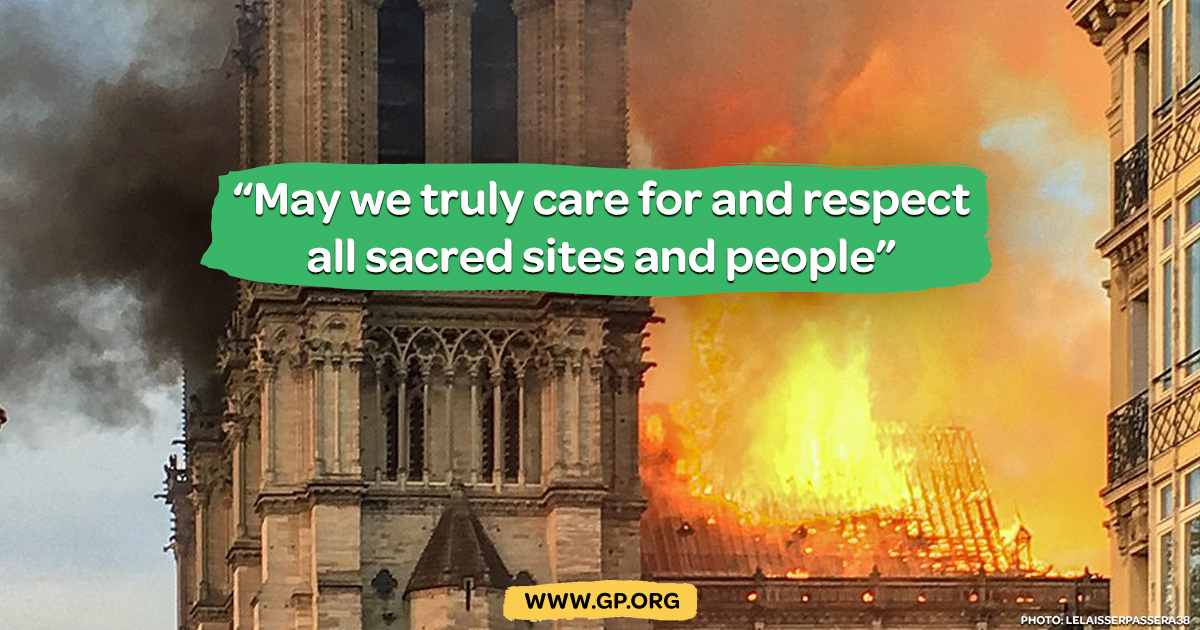 The fire that partially destroyed the Iconic Cathedral, Notre Dame, though certainly sad, underscores some very important contrasts in priorities for people of faith in general, Christians in specific, and the public at large. The history, the architecture, and the stories associated with it have significant importance. However, it underscores some fundamental problems with what Christians prioritize and what people of wealth prioritize. Within hours of this occurrence, more than 300 million was raised for its restoration.

Yet the very same rich people in France refuse to support paying more for social programs in France. It also underscores the irony of Victor Hugo's novel Hunchback of Notre Dame, a novel the highlights the Churches need to offer sanctuary to undesirables, immigrants, homeless folks and those whom society rejects, contrasted with the Wealthy and powerful, and racists' attitudes toward the very same people, and yet they mourn the destruction of this very Cathedral. The Yellow vest protests against austerity and Government corruption further contrasts this contradiction.

Perhaps another irony is that other sacred sites all too often seem to carry less a priority than such sites as this Mosques that are burned and bombed by both the US and terrorists, Black Churches that are burned in the US, Synagogues that are desecrated, as well as White Surpemacists murder of people in Black Churches, Synagogues, and Mosques, such as the horrific slaughter of Muslims by a White Supremacist in New Zealand, further underscore this irony of what is considered sacred.

It also should not lost on people of Faith, and people of good conscience that the sacred Cathedral of the deep ecology of planet earth, the Cathedral of the planet, mother earth is being destroyed and we face extinction. As I am writing this during Holy week for Christians, and the Jewish Passover. global actions of Extinction Rebellion to stop Climate Change and mass extinction are happening. For Indigenous people, the destruction of the Creation is another, far more important, loss of a sacred site.

Lastly, while I appreciate the beauty of the symbolic and iconic Cathedrals, having visited Italy and seen it's beautiful Cathedrals including the Vatican, and especially the Cathedral of St. Francis, which was inspiring, does not compare to the importance of standing in solidarity with the Cathedral of the oppressed and poor, with groups such as Poor People's Economic Human Rights Campaign, in the faces of the homeless and hungry, who are the Church, who are the Body of Christ (1 Cor. 12 and Matthew 25, Isaiah 58).

May we truly care for and respect all sacred sites and people.