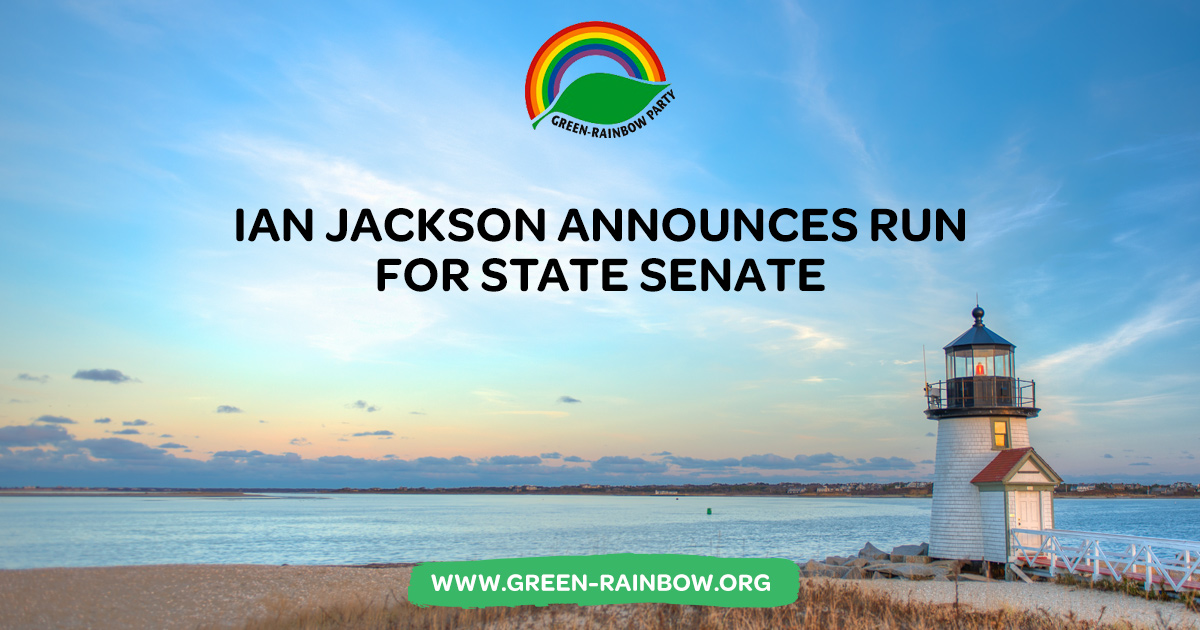 We are going to have a Green Party candidate for senate in Massachusetts to support!!!

Ian Jackson, Treasurer of the Green-Rainbow Party, is going to run for State Senate in the district encompassing Woburn, Arlington, Billerica, Burlington, and part of Lexington. AND HE NEEDS HELP GETTING NEEDED SIGNATURES!

This is a special election, which will be held July 25, and gives the Greens a shot to participate in some of the important Statewide issues (think pipelines!) before our Commonwealth.

"I cannot underscore enough what a HUGE victory this would be for third parties across the nation to actually drain the corporate swamp on a state level. MA has had Romneycare a long time and it is the best health coverage in the nation. We need to ensure MA Senate stands up to Trumpcare and Rex Tillerson's plans to make MA the gas pipeline superhighway to Canada. Do you know these pipelines are so highly pressurized that ANY ding or vibration can create an incendiary zone of TEN CITY BLOCKS!? As in, the shortest one at ten miles length in Roxbury, which doesn't even serve Roxbury, could kill everyone within ten blocks of it at anytime!

"There is a huge need to clear out politicians at all levels of government who talk about it but won't BE about it, who represent donors but not constituents, who pander to corporate interests and votes.

"Ian Jackson is the polar opposite of that, a lifelong civic resident of his district, Treasurer of the Green Party, Mason, champion of the school district, President of the Rev. Dr. Martin Luther King, Jr. Birthday Observance Committee, Trilium tech genius, serves his local church in various appointed offices, and is a thoroughly kind, hardworking candidate who would truly serve his constituents and make an incredible Senator."

Boston area volunteers will be meeting at the Model Cafe at 15 Beacon St, Allston, MA at 7:00 pm on June 1st. P This volunteer meet-up is open to everyone. Though in the eastern part of the state, there are plenty of ways you can help no matter where you are residing. We may have more meet-ups in other parts of the state if enough people express interest.