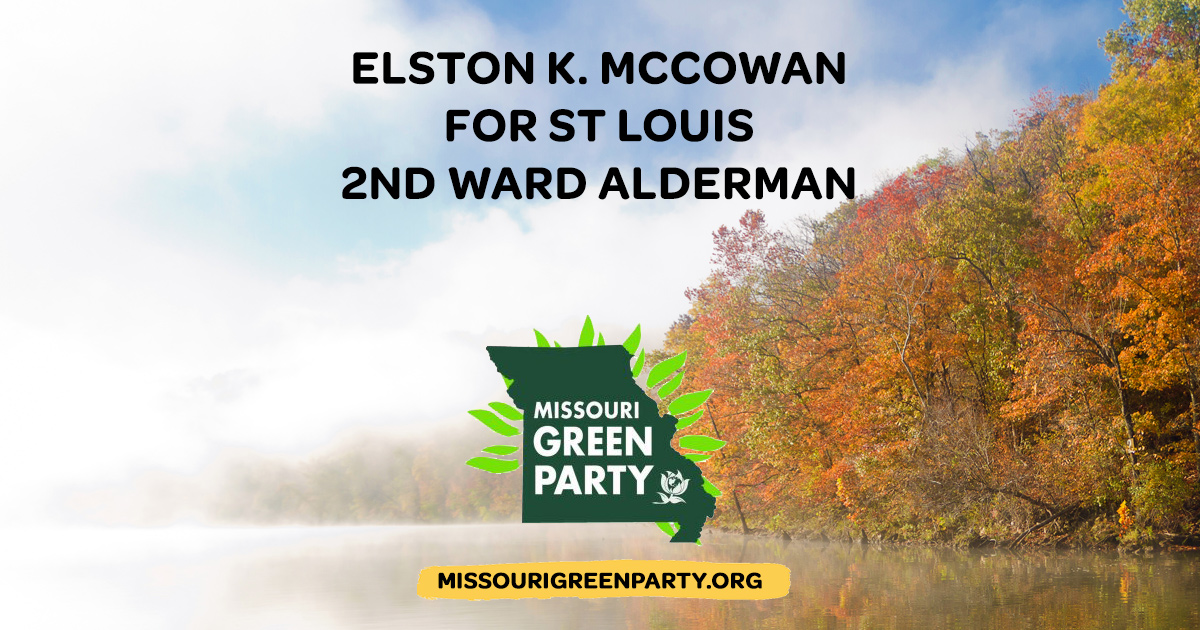 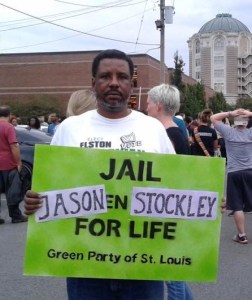 We have an excellent opportunity to elect longtime Green Party activist Elston K. McCowan as 2nd Ward Alderman for the City of St. Louis, MO. This seat has been vacated by Dionne Flowers and a special election will be held in St. Louis on Tuesday, November 7, 2017. The St. Louis Green Party Central Committee recently nominated Elston to be our party's candidate for Ward 2!

In the most recent election held in 2015 against Dionne Flowers, Elston garnered 38% of the vote in a one month campaign with $5,000 against a well known Democratic candidate. This is a two month campaign and Elston plans to raise $10,000 - $20,000. He has more name recognition than his Democratic opponent and he's picked up endorsements from Greens, Democrats and Independents alike. His record as an activist has garnered the support of individuals and groups from the Ferguson Movement as well. Hundreds of individuals have already pledged their support to canvas, phone bank and Get Out the Vote. With your help and support, we can win this thing!

Please help us get out the word to vote for Elston K. McCowan on November 7th or 2nd Ward Alderman!

Send your financial support in the form of a personal check to:
Green Party Central Committee, City of St. Louis