Thank you from Howie and Angela. Now, what's next? 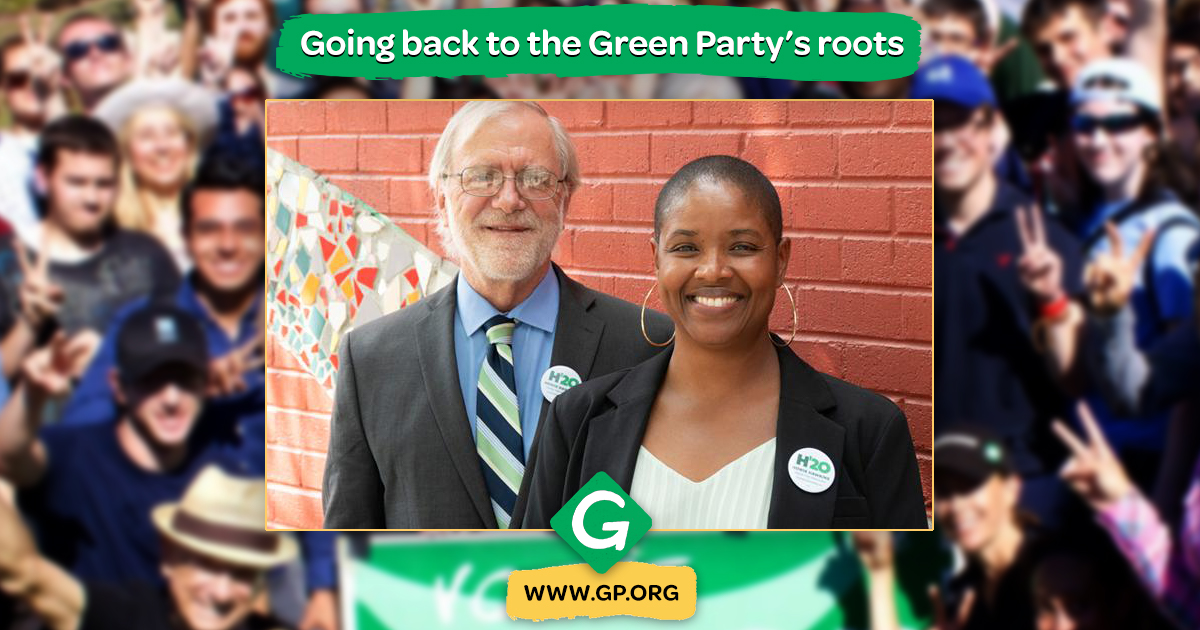 We want to express our deepest thanks to all who supported our campaign through a particularly difficult year for Greens and independent socialists. Your encouragement gave us the strength and resolve to give the campaign our all.

We’re not stopping. We are continuing to the fight for our program, to organize our grassroots political base, and to build cooperation across the independent green and socialist left. We have filed for the next election cycle as Howie Hawkins For Our Future so we can continue to raise and spend money on this political organizing.

We invite you to keep working with us.

We are happy to say good riddance to Trump. But we also know that Biden has no solutions. As he said to billionaire donors at a high rollers fundraiser, “Nothing would fundamentally change.”

We know that a lot has to fundamentally change to resolve the life-or-death problems of climate, poverty, racism, and nuclear war. We are running out of time. Real solutions can’t wait!

So we are continuing to speak out and organize to advance our policy demands, to strengthen local parties, to secure state ballot lines, and to help elect thousands to local offices and, on that foundation, to state legislatures and the House of Representatives.

We have just begun to organize and we want you with us in this fight.

This election was simply a referendum on Trump. Biden was Not-Trump, nothing more.

The Green campaign was blanked out in the national corporate media and most of the progressive media. The Green ticket came in fourth again nationally, although our vote was substantially down from 2016. The Green Party was on 30 state ballots, down from 45 in 2015, due to the difficulties of petitioning during Covid-19 pandemic, a competitive primary that delayed petitioning before the nominating convention, and aggressive ballot petition challenges by the Democratic Party. If votes per dollar were the measure, we won in a landslide at around $1.25 per vote compared to over $13 per vote for Biden.

We must face the fact that we largely fell short in our two primary campaign goals.

One goal was to advance our policy demands, including a full-strength Green New Deal, Medicare for All, and ending the endless wars.

Polling shows these policy demands have majority support. Trump and Biden opposed them. Yet the media excluded us.

However, we were able to reach millions through social media, especially young people who are fighting for their futures and want climate, racial, and economic justice – now!

The good news is to be found in many local Green campaigns. Emmanuel Estrada was elected mayor of Baldwin Park in east Los Angeles. Franca Mueller Paz finished second with 35% for Baltimore city council, which has been an all-Democratic one-party dictatorship for nearly 80 years. Lisa Savage’s 4% for a Maine US Senate seat in a close race highlighted her widely appreciated presentation of a positive program in televised debates in contrast to the sour negative sniping by the major party candidates. We had over 200 Green candidates this year and at least 10 won their elections.

We want to help local parties get better organized and capable of leading issue campaigns and electing thousands as we go into the 2020s to local office, and, on that foundation, to state legislatures and the House.

We want to help state parties recover or gain ballot lines, starting next year, so our local candidates can more easily get on the ballot and our 2024 presidential campaign will be on the ballot in all 50 states.

We want to keep pushing our program in the social movements – the ecosocialist Green New Deal, the Economic Bill of Rights to end poverty and economic insecurity, community control of the police, peace initiatives, and voting rights and pro-democracy reforms, including ranked-choice voting and proportional representation.

A Covid relief package brokered with Republicans in Congress is likely to be crumbs for working people and tax breaks and subsides for the super-rich and the giant corporations. Their bipartisan trickle-down theory assumes the rich will invest this corporate welfare in the real economy to create jobs when the reality is they will invest most of it in financial assets – stocks, bonds, commodities, real estate – which won’t trickle down to the rest of us as living-wage jobs.

We think it is time for the Green Party to re-organize itself as a dues-paying mass-membership party rooted in strong local party chapters. We must face the fact that the Green Party’s 20-year experiment as a national party organized as a federation of state ballot lines has failed. The current Green base largely consists of isolated party registrants and supporters who are not organized into local party chapters or into Green issue and electoral campaigns. The party has not had the funding to provide support staff for effective party field organizing, public communications, and issue and electoral campaigns.

We will also continue to encourage solidarity and cooperation among Green and independent socialist groups in building a major party of the left in US politics. None of us is big enough to be the major party. All of us should work together to build that party.

We hope will you to stay supportive and engaged in our organizing and activities.

We are determined, not defeated.