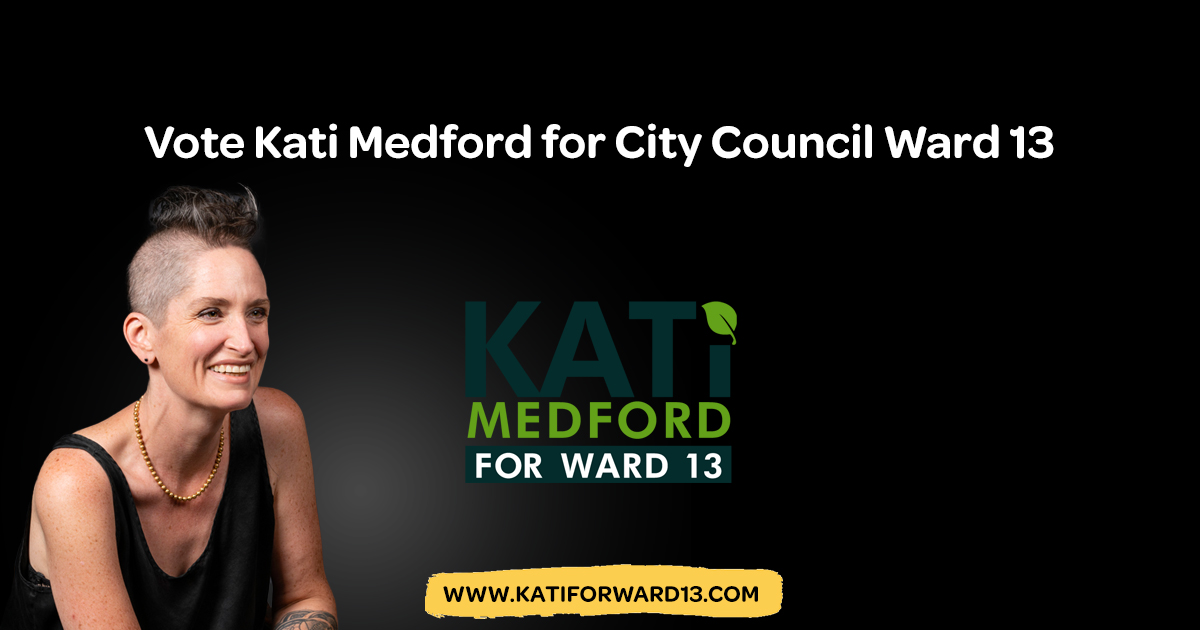 Green Party endorsed candidate for Minneapolis City Council Kati Medford is running a great campaign. On Sunday she sat down with the Trahern Crews show on 94.1 FM Frogtown Tuned In Radio to talk about it.

The Green Party of Minnesota’s 4th congressional district supports rent stabilization that will limit rent increases for existing rental units across Saint Paul to 3% over a 12-month period.

Steven Stampley spokesperson for the Saint Paul Green Party of the 4th congressional district said "The effort organized by Housing Equity Now St. Paul (HENS), is very modest compared to the rent control the City already implemented for Craig Lepold, the multi-billionaire owner of the wild. The City of Saint Paul cut their rent for the Excel center in half and controls it for the next twenty years."

Over half of St. Paul residents are renters and the majority of renters are people of color. The Twin Cities region accounts for 76% of Black, ADOCS, African, Asian, Native American, Latino & immigrant households in the state, only 40% of them are homeowners compared to 75% of white households.

Register here to join this event on Zoom.

We enthusiastically invite you to join us for a conversation with Dr. Yohuru Williams. He is the author of Black Politics/White Power: Civil Rights Black Power and Black Panthers in New Haven (Blackwell, 2006); Rethinking the Black Freedom Movement (Routledge, 2015); Teaching beyond the Textbook: Six Investigative Strategies (Corwin Press, 2008). And he is the editor of A Constant Struggle: African-American History from 1865 to the Present Documents and Essays (Kendall Hunt, 2002), and is co-editor of The Black Panthers: Portraits of an Unfinished Revolution (Nation Books, 2016), In Search of the Black Panther Party, New Perspectives on a Revolutionary Movement (Duke, 2006), and Liberated Territory: Toward a Local History of the Black Panther Party (Duke, 2008).

Dr. Williams has appeared on a variety of local and national radio and television programs most notably ABC, CNN, MSNBC, Aljazeera America, BET, CSPAN, EBRU Today, Fox Business News, Fresh Outlook, Huff Post Live, and NPR. He was featured in the Ken Burns PBS Documentary “Jackie Robinson” and the Stanley Nelson PBS Documentary “The Black Panthers.” He is also one of the hosts of the History Channel’s Web show “Sound Smart.” A regular political commentator on the Cliff Kelly Show on WVON, Chicago, Dr. Williams also blogs regularly for the Huffington Post and is a contributor to the Progressive Magazine. Reading materials