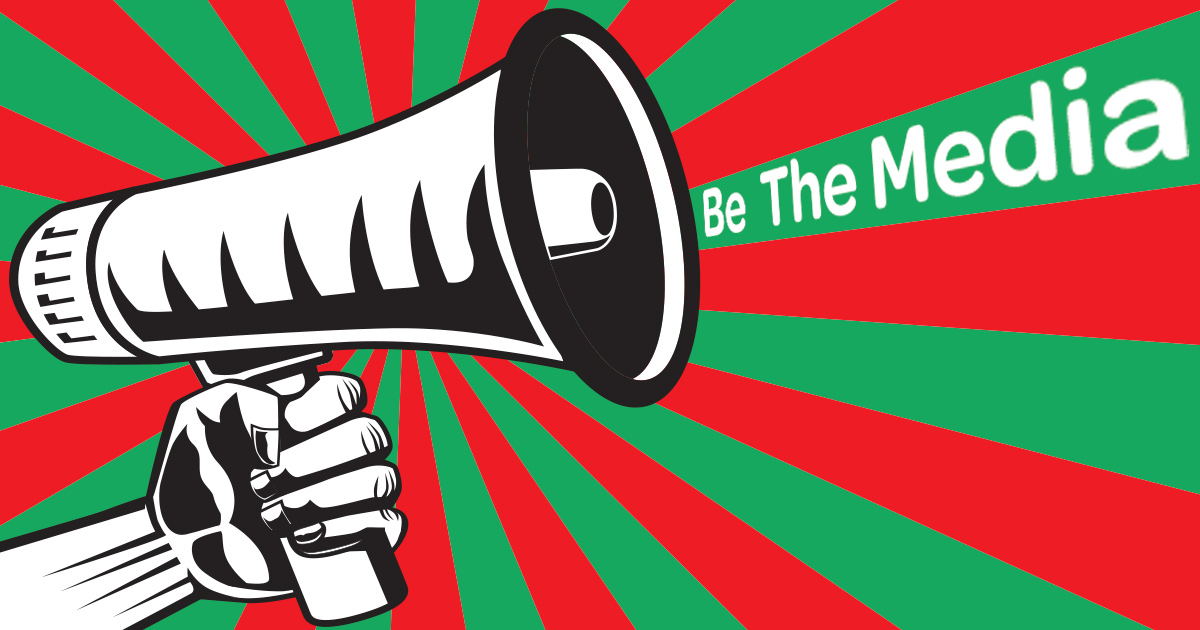 Speaking truth to expose the forces of greed on WeAct Radio, 1480 am, out of Anacostia, Washington, DC. The ruling FOG (Forces of Greed) spin news stories in their favor and keep the masses distracted with celebrity gossip and reality shows. Each week we feature guests who are working to expose the truth and offer real solutions to the current crises faced by our nation and the world. Knowledge is power, and with this knowledge you will be empowered to act to shift power to the people and weaken the corporate stranglehold on our lives. Together, we will clear the FOG and bring a new day of peace, justice and sustainability. 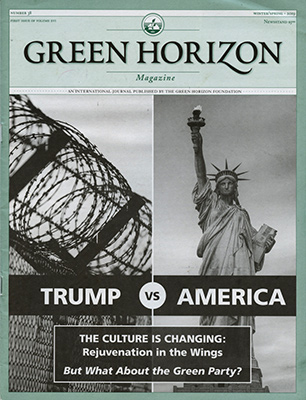 Green Horizon was launched in 2003 to provide extensive coverage of the global political movements for ecological responsibility and expanded democracy. We publish under the auspices of the Green Horizon Foundation, a 501(c)(3) organization incorporated in the state of Maine (all donations are therefore tax deductible).

We salute our readers and writers, many of whom are active in the crucial work of “greening” our society. We thank them for their courage, commitment, talent, and for the vision that started them on the pathway of Green leadership. We encourage them to share their stories, discuss their projects, and relate their accomplishments through the hard-copy of Green Horizon Magazine or via this web site.

We believe that each person has within her or himself the spark of self-agency – each one is capable of taking a lead at some point and in some way. One important hallmark of great leadership is the will and the ability of a leader to enable others to be leaders – to grow leadership! Many Greens, we have come to realize, are ambivalent about leaders and leadership. It has been, and is, a considerable handicap to the flowering of the Green Movement and Green Party. By fully sharing our hopes, doubts, fears, triumphs, and convictions we can deepen, expand, and develop the understanding and quality of Green leadership.

Available as a print publication and on-line.

Since 2015 Green Social Thought (GST) has been an on-line publication seeking a wider audience while continuing the important discussion that was started decades ago.

We live in a capitalist economic system that is based on continued growth which threatens the survival of humans and most animals and plants. This economic system is protected by a military-cultural-political system that maintains global domination.

Our challenge is to advocate and create an alternative that empowers people across the planet, while establishing a new economy and global social order based on equity, social justice and peace. We believe that only a truly democratic economic order can enhance the quality of life. Achieving that requires eliminating unnecessary production, drastically reducing the US military, ensuring satisfaction of needs for all people, and placing the survivability of the ecosphere at the center of our social, political, and cultural life. 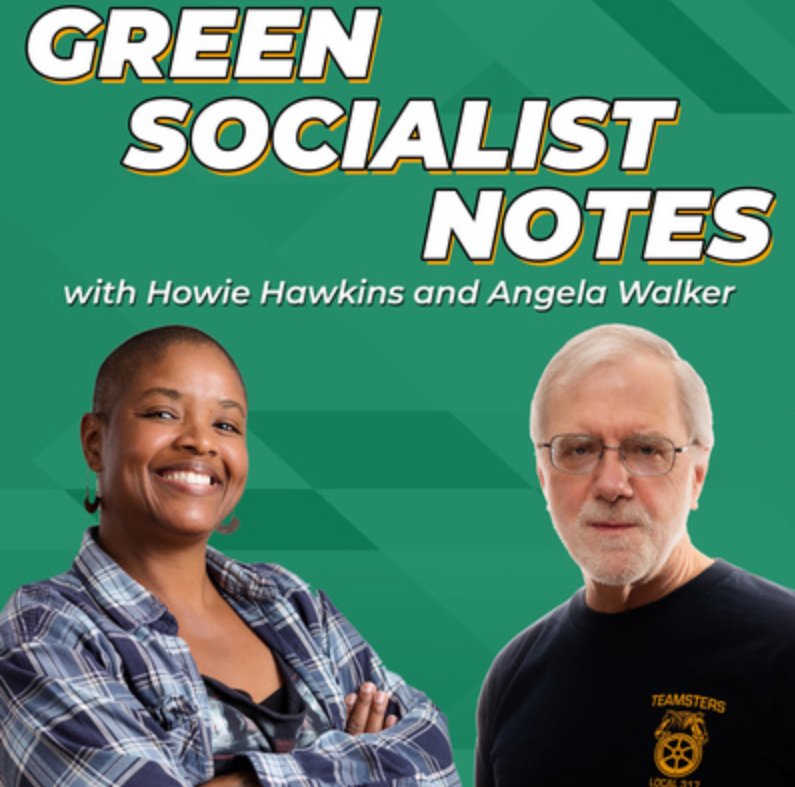 Listen at Spotify and Anchor.fm

Greening the Dollar is the monthly newsletter of the Banking and Monetary Reform Committee (BMRC) of the Green Party. It aims to get Greens excited about the power and potential of the Monetary Reform plank (Article IV, Section N) in our GPUS platform.

This newsletter covers the history, science and law regarding sovereign money as well as the violent and parasitic system we currently have and intend to replace. It also tracks current financial and monetary issues to keep Greens informed of opportunities to advance the platform and strengthen Green Party campaigns. 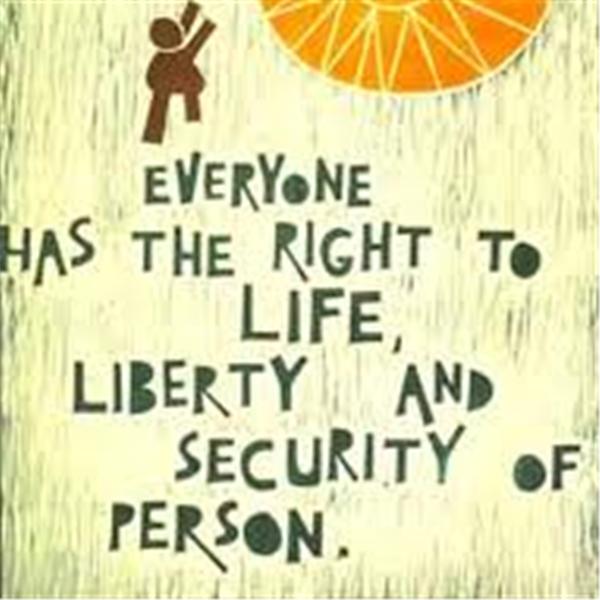 Broadcast live every Tuesday at 9:00 p.m. ET. and archived at https://www.blogtalkradio.com/humanrightsdemand

Watch the livestream on Mondays at 8:00 p.m. CST. A production of the Illinois Green Party.

Inagaddadavida is a weekly half-hour talk show, interviews mostly, on topical themes like the collapse of civilization and end-of-empire, even the extinction of the human race and life on this planet. 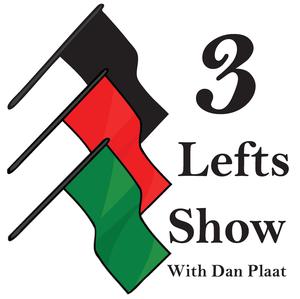 The 3 Lefts Show covers ongoing and present issues from a Radical Left perspective. Hosted by Dan Plaat, a member of the Upper Hudson Green Party, who brings his activist experience and flexible perspective to tie various stories together to think critically and about the big picture. A political talk show with heart, passion and a drive to educate the people for a post-capitalist future.

Podcasts available at Listen Notes. | Streamed online and on WCCA-LP 107.3 FM on Saturdays from Noon to 2:00 pm in Albany, NY

This IS Who We Are 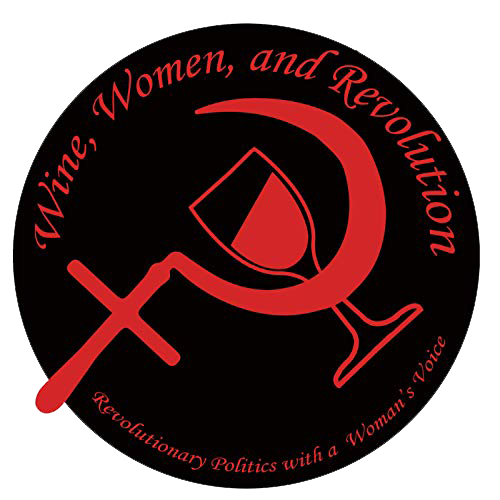 Wine, Women, and Revolution is Activists, Inspiration, Art, Revolution, and Alcohol, all from an intersectional anti-capitalist feminist perspective. We shine a light on a broken system to help begin the conversation about real drastic change.

Heather Warburton hosts her show bi-weekly, bringing a woman’s perspective to local and national politics. She brings inspiring interviews, educational content, and topical issues along with a healthy dose of wine to the political scene.