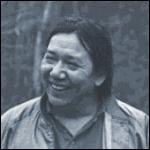 Walt, the self-proclaimed Chubby Chipp of Red Cliff, kept popping in and out of every land-related slugfest that my crowd found itself in during the 1980s and 1990s. Just as he educated me as how defense of the Earth amounted to the Warrior's Path and just as he taught me Earth-connection as the Sorcerer's Craft, he also initiated me into Earthtales. The presumption to write might have had a hold on me prior to those lessons. But when Walt decided to give a teaching to a roomful of European Americans I gained a new perspective of the relationship of storytelling to ecological integrity.

Those who tell, write, or record stories often go through an evolution that deepens their relationship to story craft. We might start out with pure entertainment or straightforward education. Our writings might encapsulate accumulated folk wisdom or spiritual insights. The tales might even include warnings or admonishments. A few rare stories might even have the capacity to heal. Walt felt that a really good story could do all those things and, perhaps, even some transformative things.

Walt came onto European American turf, as it were to give these lessons. He spoke to a packed house at the Madeline Island historical museum. It was an upscale crowd, the parking lot had more than its share of BMWs and Volvos. The crowd was drawn in to hear about the environmental traditions of the Lake Superior Ojibwe. For most in the audience, it was their first encounter with a real live Indian. Though I was long acquainted with Walt, I was present through the accident of guiding a Mennonite ecology group through northern Wisconsin.

Walt was his usual self: warm and inclusive. Though an environmental radical in many ways, he was also a crowd pleaser. One of his first tricks was to adopt the entire audience into his tribe. He quickly pointed out to delightful laughter that this status conferred only the obligation to defend the area covered by Ojibwe treaties and entitled none present to casino proceeds.

He soon had the audience eating out of his hand. He congratulated them on their recycling efforts and generally convinced them that they were coming around to an environmental outlook based on native ancestral wisdom. He spoke for over an hour and said many things that stuck with different people in different ways.

Here's what stuck with me. I leave to you to figure out how much of Walt's tongue was in his cheek

A lot of our story is about how we got here. I don't mean this area generally, but right here on Madeline Island. This was the place we were looking for our promised land, our el dorado, our holy grail. This place was described in great detail in the ancient prophecy that guided us here from the East. We were part of the Algonquin people who lived along the Atlantic Ocean. My people probably lived for thousands of years in Nova Scotia or that neighborhood.

Some of the Old Ones said that it became crowded in that neighborhood. Others said the food was scarce and that fish and game were wiped out. But the prophecies came to the people and they knew they had to move. The main prophecy told them to look until they found food on water and until they found an island shaped just like this island we are on tonight.

It was a long journey of many generations. It took hundreds, if not thousands, of years. Our people followed the St. Lawrence River and explored in and around the lower Great Lakes. They spent time in many places along the way because they were tired and some of the people wanted to quit. Some would say, 'Hey, we found an island sort of like the one in the prophecy." So some wanted to stop on Lake Ontario already. But there were elders who would eventually remind them that they had not yet reached the food that grows on the water.

So on to Lake Erie, Lake Huron, and Lake Michigan. In each place there were always some who said, "We've gone far enough, this must be the place." But the elders kept reminding them about the food on water and the special island. This was so even though the elders were now the grandsons of the grandsons of the elders who had heard the original prophecy. All along the way our people encountered other people and got along with some and didn't get along with others. Some say that parts of the Ojibwe even split off or missed their targets and formed many tribes of Canada, the West, and the Southwest.

Well, eventually we found just the right spot, right here on Madeline Island. And in the smaller lakes around Lake Superior we found the food that grows on water: wild rice. The stories of the long journey were told again and again and through the retelling our land here became sacred to us, part of who we are as a people. How can you not care for land that is a gift from the Creator?

And so we lived here for hundreds, if not thousands, of more years. Sometimes we feuded with neighbors and sometimes the rice crop was not as good as it might have been. But life was good in general. Then along came some white guys with long curly hair and with a flag with lilies on it. They told us that we were now part of France. We humored them, sold them some furs and basically things stayed the same.

So it went for many generations under the lily flag, the Ojibwe drawing life from the Lake Superior region. Then some white guys in red coats sailed over the horizon in a ship under flag with crazy angled strips. They told us that we were now part of England and, by the way, forget about those French. Not much changed. Well, actually, furs were getting scarcer. But we humored them and even fought as their allies against some upstarts called Americans.

Imagine our surprise, when after a couple of generations of being English, another ship sailed over the horizon with a flag called the stars and stripes. Gosh darn it, now we were Americans. But nothing much changed. At least at first. Our main relationship was not with the political powers, it was with the land and the lake. Our stories about the land and the lake got us through difficult times. We just had to add new chapters to the story to account for the French, the English and the Americans.

This is why we are capable of great environmental action here. You know, I think we should take the lead in a pressing environmental problem. I think I've convinced myself that we should put the nuclear waste repository in this area. Yes, doesn't that make sense? We'd only have to displace a few tourist facilities and we'd be doing the stars and strips a favor.

They seem to keep making this waste. It's got to go somewhere. The darn stuff is deadly for tens of thousands of years and that complicates things. That's why you need to let us handle it. These white political institutions don't have the staying power of the stories that we Lake Superior Ojibwe have. We kept our stories and our prophecies all during our long journey here. We kept our sense of balance with the land and the lake all through the time of the lily flag, the crazy line flag, and the stars and stripes. Even when our American brothers gave us our tiny reservations in exchange for the millions of acres they thought we weren't using.

But we'll outlast all that stuff because we have powerful stories. So send that nuke waste up our way. Then thousands of years from now, after the U.S. government's warning signs have rusted away, thousands of years after the U.S. government has rusted away, there will be Ojibwe elders who tell our stories about our love of the land and the lake. The stories will be more powerful and more necessary than ever. There will be chapters in those stories about an evil force, a foolish poison that men unleashed on this Earth. And those elders will tell the children about how the Ojibwe helped put the evil monster to sleep and locked it under a stone door. And so the powerful stories will tell the young which stone doors on which hillsides should not be disturbed.

That, my adopted Ojibwe friends, is the power of our stories.

Dennis Boyer helped start the Wisconsin Greens in the 1980s. He is a folklorist and writer of regional lore. Among his recent works are Snow on the Rails: Tales of Heartland Railroading and Gone Missing: A Supernatural Tour of the Great Lakes (available at www.badgerbooks.com).

Walter Bresette was a member of the Red Cliff community of Anishinabe (Ojibwe), in far north Wisconsin, and one of the original members of the Green Party in North America.