Green Party leaders speak out against the Republican tax bill 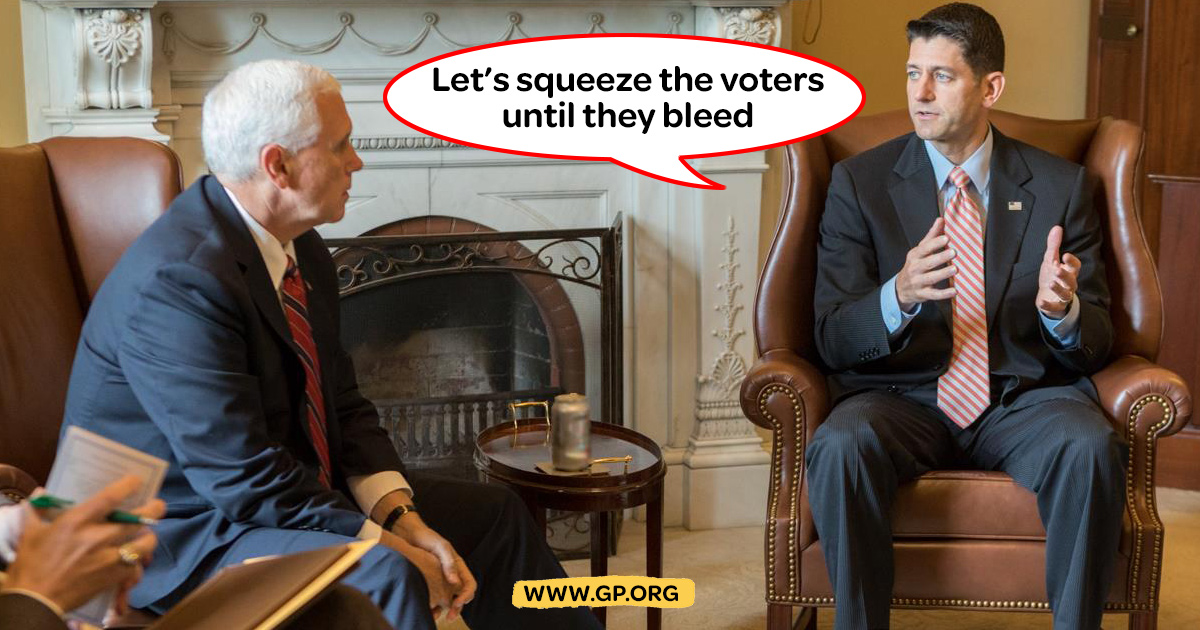 WASHINGTON, D.C. -- Green Party leaders took to video to speak against the Republican tax bill moving through Congress and called on all Americans to contact their U.S. Representatives and Senators and urge defeat of the legislation before the final vote. House and Senate Republicans reconciled their respective versions of the bill on Wednesday.

Links to three videos, with text excerpts, are appended below.

Green Party victories and highlights from the Nov. 7 election

Greens dismiss "trickle-down economics," which Republicans use to justify the bill, as a scam designed to further enrich the wealthy and corporate sector at the expense of working people and those who really on essential human services. The bill was drafted with the help of more than 6,000 corporate lobbyists.

The Green Party has said that the best way to alleviate the deficit and provide tax relief to middle- and low-income Americans is a drastic reduction in the bloated and wasteful military budget -- $598.5 billion in Fiscal Year 2015, which accounted for 54% of all federal discretionary spending.

Both major parties are responsible for the size of the military budget, which is ten times larger than Russia's. In July, 60% of House Democrats voted for a nearly $700 billion defense budget that was far bigger than President Trump's proposal. On Tuesday, Dec. 12, Mr. Trump signed the bill authorizing the budget for that amount.

"The big winners are corporations, whose tax rate will be lowered from 35% to 20%. How will this affect the federal budget?

"The national budget for the 2018 fiscal year was set at $3 trillion, excluding social security. The tax breaks will create a deficit of $1.4 trillion by 2022. The deficit will be offset by cuts in essential programs such as Medicare, Medicaid, food stamps, and CHIP, a health insurance program covering 9 million children and several thousand pregnant women....

"What’s the solution? The Green Party. We support lowering taxes for individuals and increasing them for corporations. And we support cutting the military budget by half. This will create a peace dividend to fund the programs we need, such as single-payer healthcare and the transition to a green economy."

"Currently, grad students that work as research or teaching assistants are exempt from paying taxes on the tuition waivers they receive in exchange for work. Under the House bill, the exemption for tuition waivers would be eliminated. This means graduate students would have to count the waivers as income, even though they did not receive the money directly....

"The Senate version of the Tax bill also includes a provision to allow for drilling into the Arctic National Wildlife Refuge. We continuously see the damages that occur when these pipelines leak. It is an environmental disaster."

Michael Dennis, co-chair of the Green Party of the United States
(video: http://www.gp.org/michael_dennis_on_taxes )

"I want to take a quick minute to lift up one particular part of the Republican tax bill that I find quite egregious and that’s the elimination of the deduction for people that spend over 10% of their adjusted income on an out-of-pocket medical expense. This is going to affect people who for example, purchase a motorized wheelchair, which can cost thousands of dollars, and thus certainly could be over 10% of someone’s income.

"Or for example someone who pays for a personal care assistant whether for themselves or for a loved one so that that person can continue to live independently instead of for example going into a nursing home. Those expenses are incredibly expensive and thus eliminating that tax deduction may make those necessities for a dignified life unaffordable for those persons and so I find that unacceptable....

"We need a government that actively seeks to remove the barriers to participation in society for everyone especially those persons with disabilities. And we need a tax code that reflects that as well."