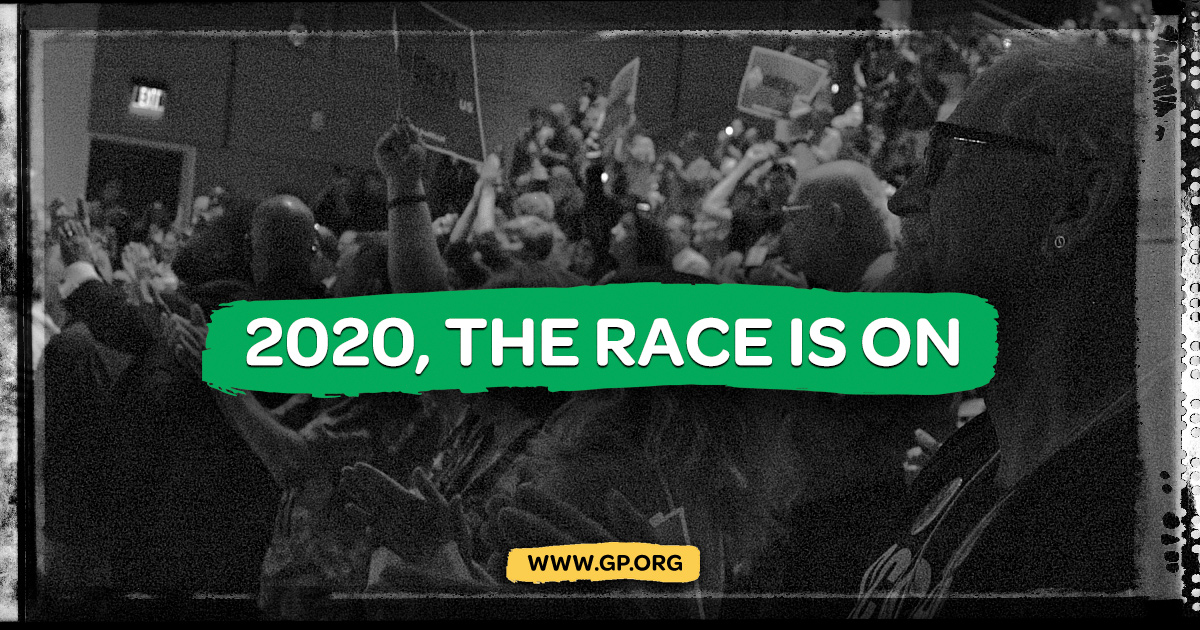 At this point in the nomination process, the following candidates have met basic criteria for official recognition by the Green Party of the United States. They are Howie Hawkins, Dario Hunter and David Rolde.

The national Green Party is committed to maintaining a neutral stance towards those seeking our nomination. The individual campaigns are responsible for supplying the material that appears below and a posting does not imply endorsement or approval of the content by any Green Party entity.

Apr 19, 2019
Joint Statement – A Joint Statement from Green Party Presidential Candidates Calling for EQUAL ACCESS FOR ALL CANDIDATES As candidates for the Green Party Presidential nomination, we express our deep disappointment over the choice of certain state party conventions to provide speaking opportunities for one campaign while denying the same opportunity to all others. Continue reading

Apr 15, 2019
Hawkins – Tax Day 2019: Time To End Taxes To Confront Inequality And Implement An Ecosocialist Green New Deal. One area where the two parties of the millionaires and billionaires put in place policies that favor the rich are tax laws. Tax policy has favored the wealthy under both parties, but the Trump-administration has brought this tax corruption to new levels. We need to transform tax policy to build the working class base of the economy, shrink the wealth divide, and confront the climate crisis. An honest analysis of the tax code calls out in stark detail the extreme injustice of the economy in the United States. Continue reading

Apr 01, 2019
It's a crime for others to intervene here, so it should also be for US to intervene elsewhere Gardena, CA -- Green Party Presidential Candidate Sedinam Kinamo Christin Moyowasifza-Curry today rolled out a proposal to ban US interference in foreign elections and to strengthen the existing ban on foreign contributions to American political candidates and parties. Continue reading

Mar 07, 2019
Gardena, CA -- Green Party Presidential Candidate Sedinam Kinamo Christin Moyowasifza-Curry today called on Congress to make significant changes in House Democrats' legislative centerpiece HR1, the "For The People 2019 Act", particularly in the portions of the Act having to do with campaign matching funds. "While there is a great deal of good in this legislation, making voting more accessible and more secure; laying the groundwork to overturn the horrible Citizens United v. FEC decision; strengthening our system of public financing of elections; and more, there are a couple of very serious problems with the bill," Moyowasiza-Curry explained, "and I urge members of the House of Representatives who really do care about making our political system more democratic to fix those flaws before voting on this legislation." Continue reading