On May Day, Green Party calls for New York to collect stock transfer tax to avoid deep budget cuts
May 01, 2020 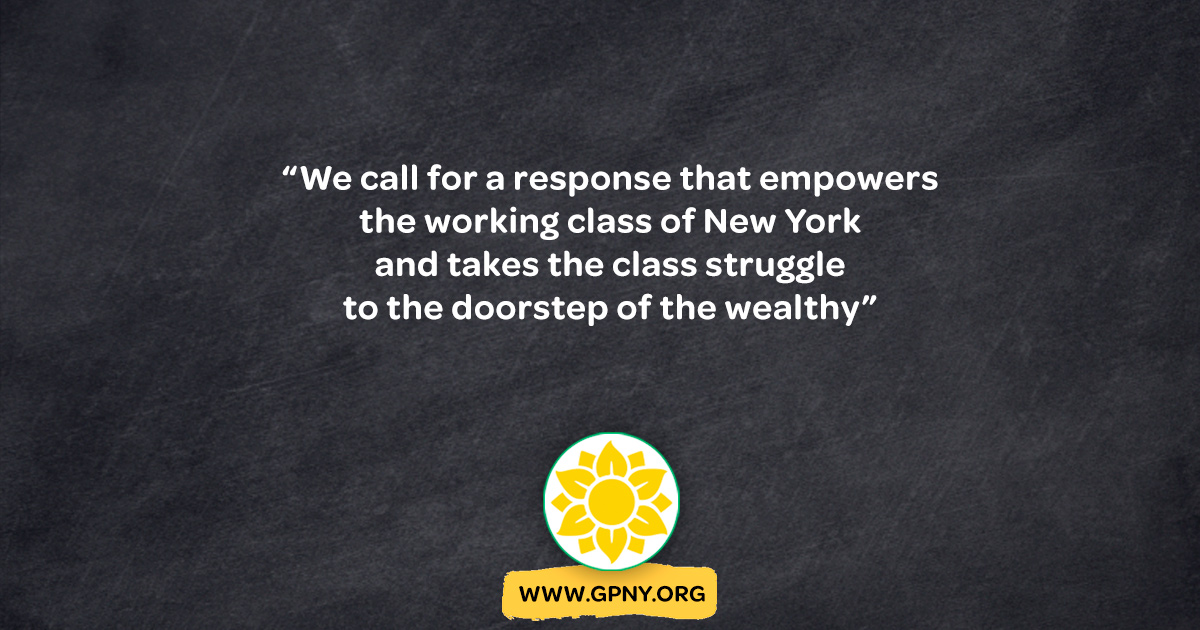 ALBANY, NY, 05-01-20 — The Green Party of New York today — May Day — said that the crippling austerity of $10 billion in cuts proposed by Governor Cuomo to offset $13.3 billion in lost revenue due to the COVID-19 crisis should be offset by a halt to rebating of the Stock Transfer Tax. 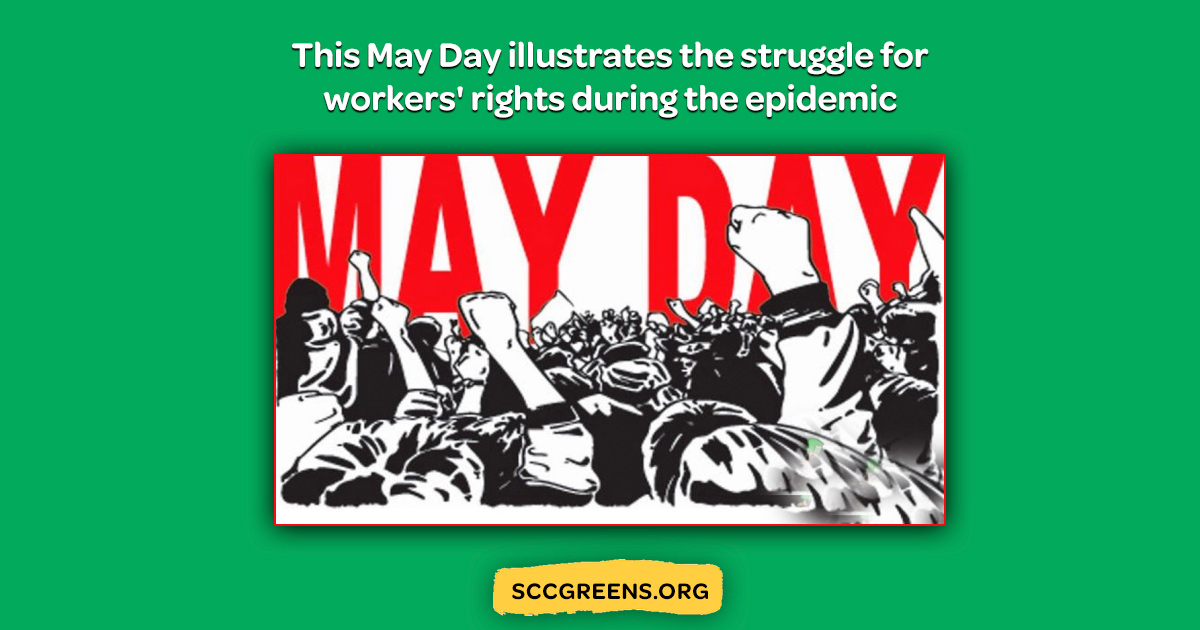 May 1st, 2020 is both atypical and representative of the workers' struggle against the exploitative nature of capitalism.

It's atypical because it is the first time in the history of May Day that a global pandemic had prevented workers and their allies across the globe from rallying in large crowds to demand better protection rights and working conditions. 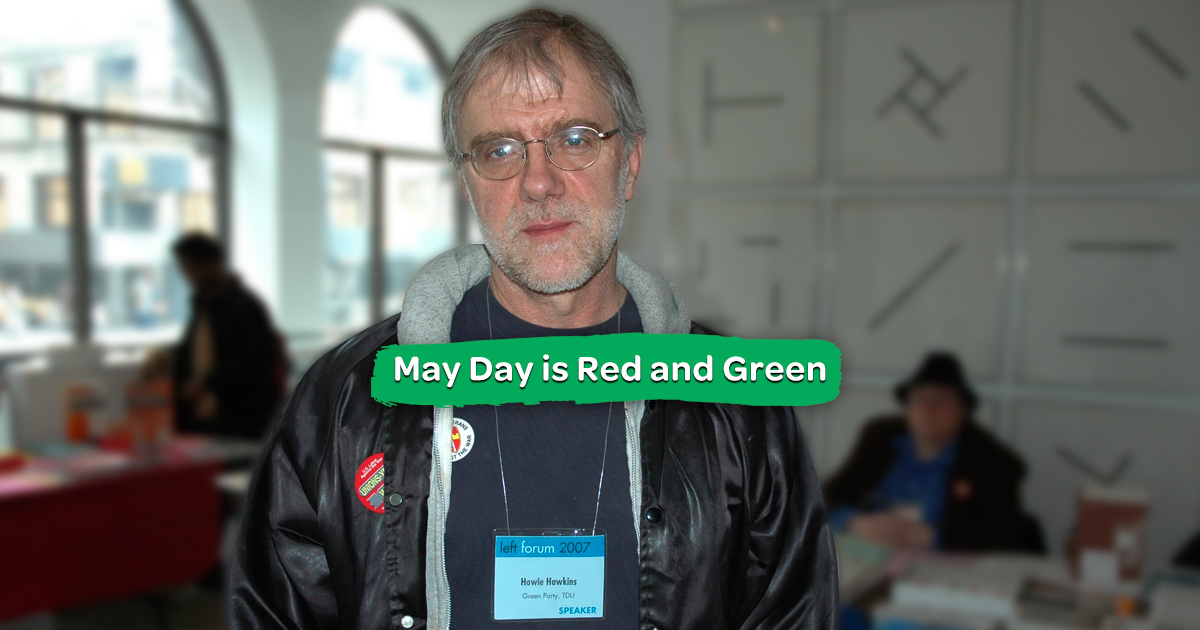 May Day, or International Workers Day, is celebrated with marches and rallies every May 1 to lift up the working people and their demands for freedom, equality, and justice. That is the Red tradition of May Day. But there is also an older Green tradition in which cultures the world over celebrate as Spring arrives in temperate and arctic climates or the wet season arrives in tropical climates. This Green tradition of May Day celebrates all that is free and life-giving on the green Earth that is our common wealth and heritage. These Red and Green May Day traditions are complementary. 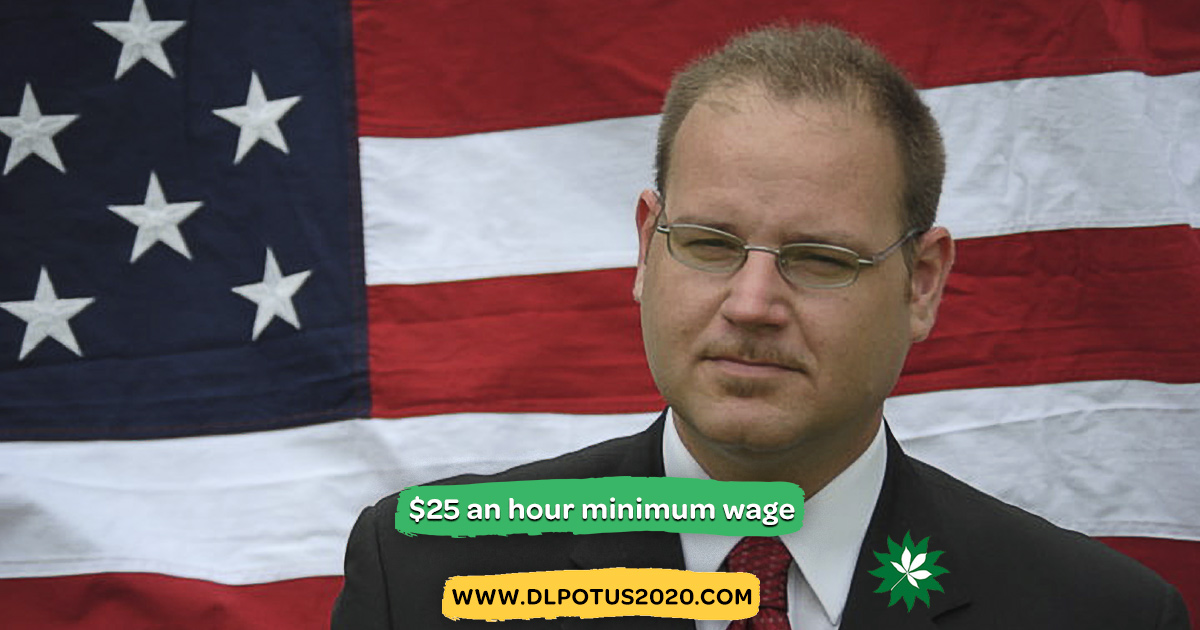 I don't know what has happened in America. People seem to have less and less respect for the working class, many seem to have an absolute disdain for any type of labor. Combine this with an overall lack of respect for education and skills training- decrying those who go to college or those with college degrees goes hand in hand with a hatred for union trained workers.

If federal minimum wage doesn't go up, the skilled wages don't increase. When my father wanted me to join the Plumbers and Pipefitters union in 2000, the wages for an apprentice are the same as they are today. 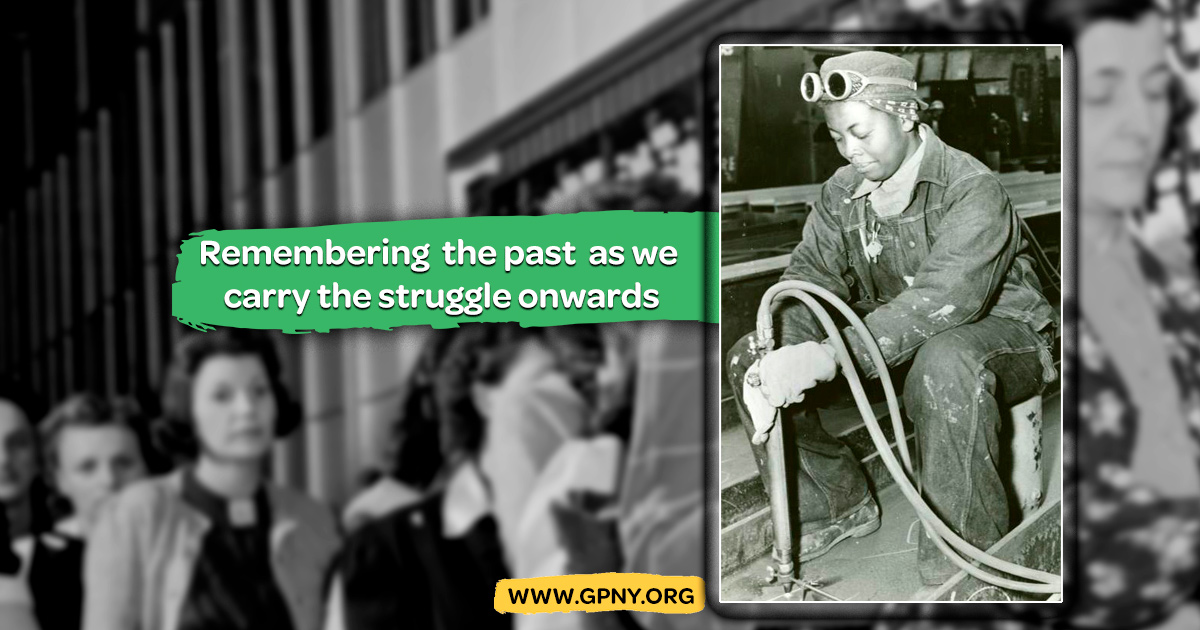 This Labor Day, we can't help but think about the insanity that is our country's desperate need for countless people-hours to transform our infrastructure and renew public services while, at the same time, countless people and families across our nation suffer for lack of living-wage jobs.

But as crazy as that problem is, the solution makes perfect sense: an Eco-Socialist Green New Deal. Greens have fought for it. And the idea is catching on, thanks to the tremendous effort of our members and candidates. Will you give to the Green Party of New York today so we can keep up the fight at this pivotal time? Because you and I know there is nothing the corporate power structure would love more than to erase the most essential, radical demands of the GND. We cannot allow that. 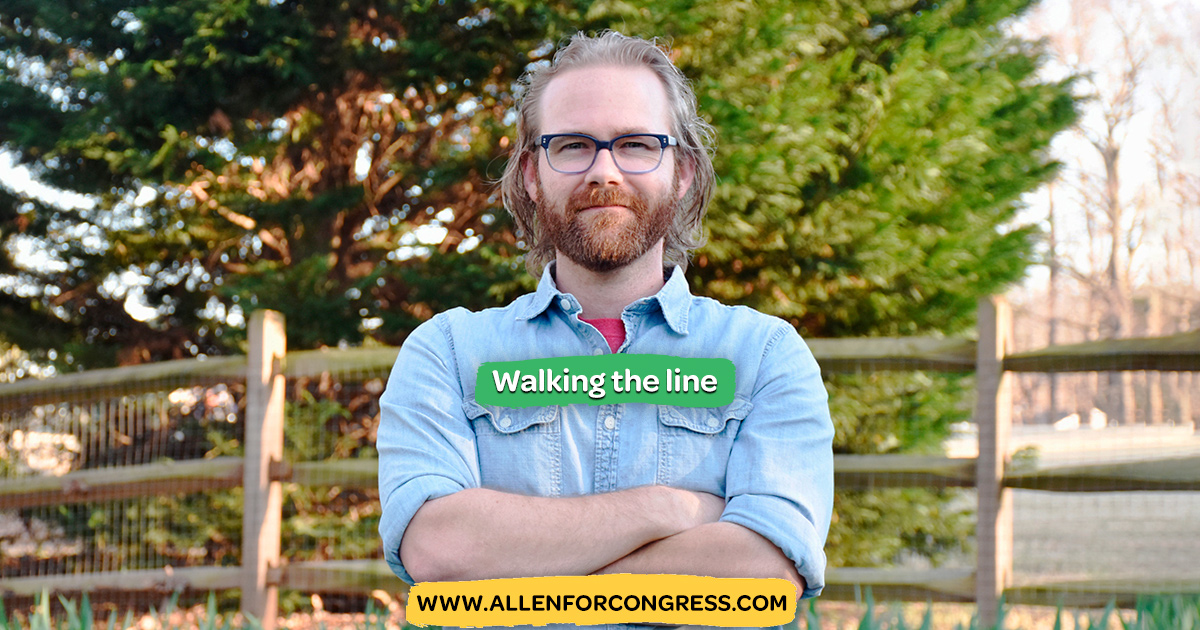 One of my junior political advisors and I went out this morning and walked the picket line with local union members and their families. It's time for AT&T to step up and send folks to the table who can make decisions. We join our fellow workers demanding that they bargain in good faith. 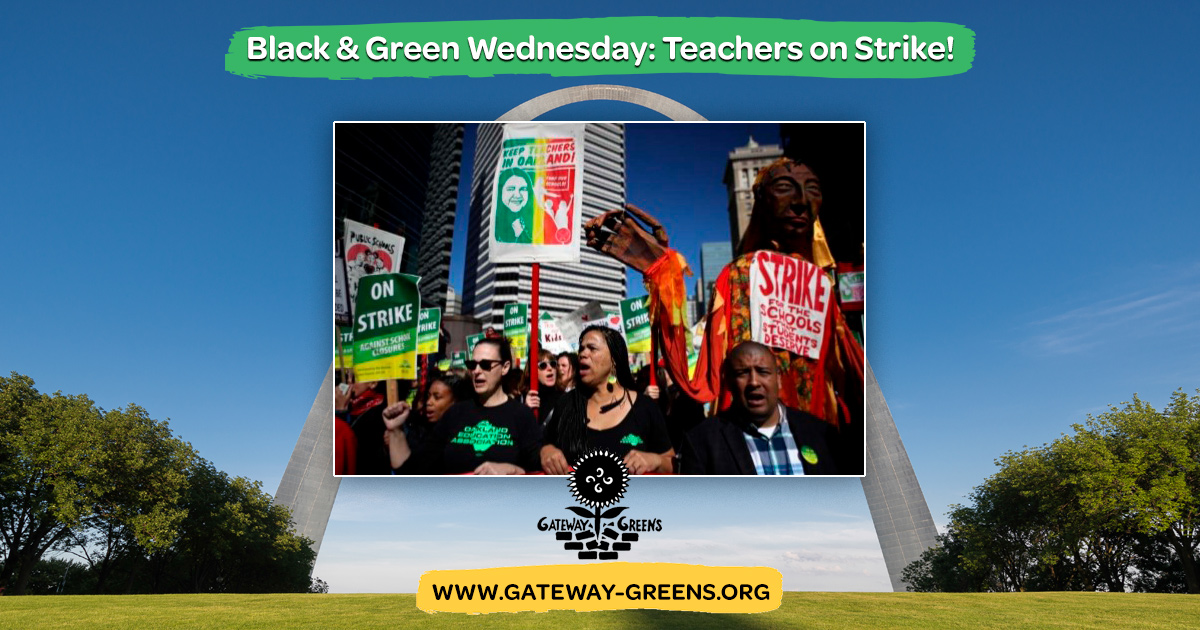 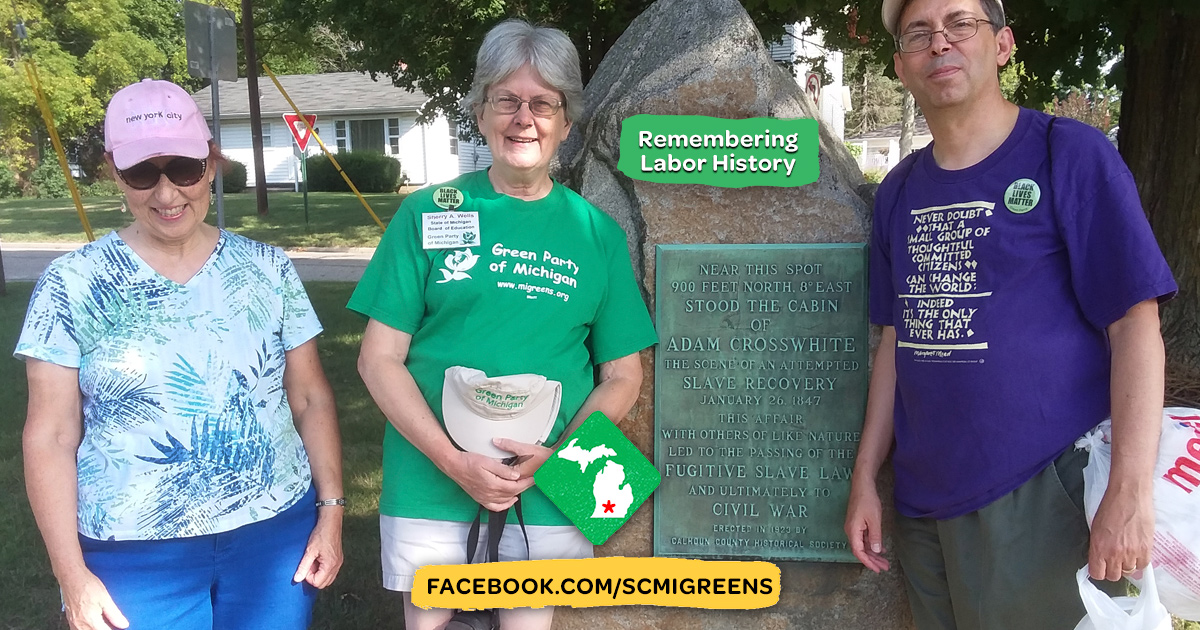 Marshall, Michigan – A walk between two labor landmarks in Marshall on Saturday, May 4 will give people an opportunity to "spring into action", put some of their own labor into cleaning things up, and talk afterward about next steps. The event, which is open to the public, is posted at https://www.facebook.com/events/289001138684843/

The walk will start at 11:30 am at the intersection of East Drive, East Mansion Street, and Michigan Avenue, across from the VFW Hall -- original site of the house where a union known as the Brotherhood of the Footboard was founded in 1863.