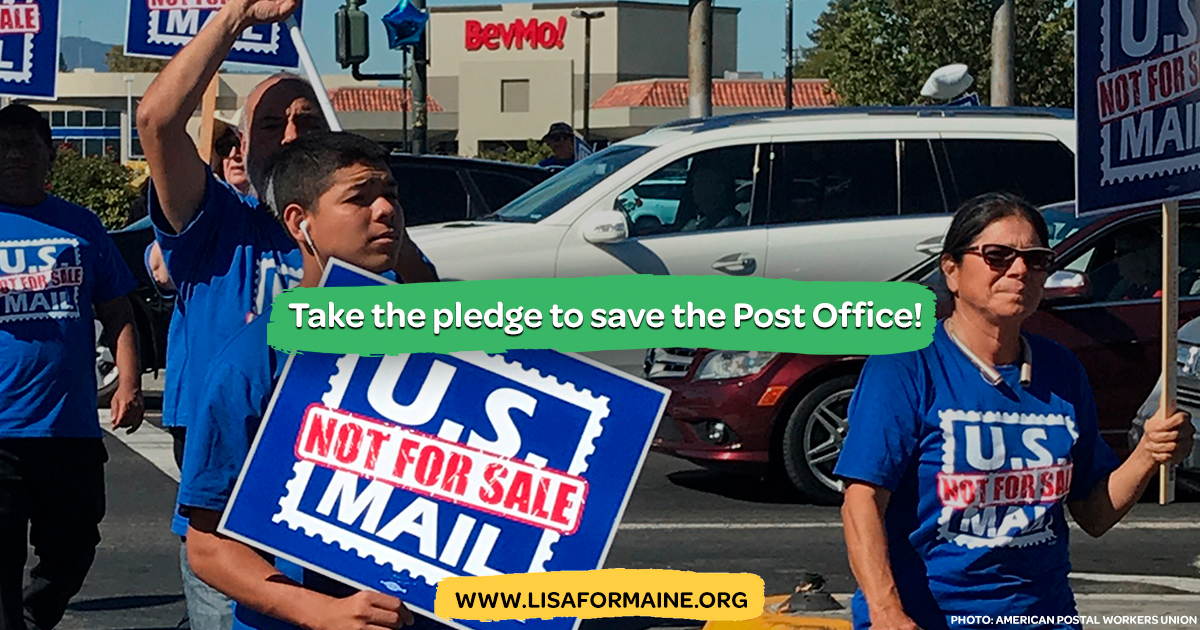 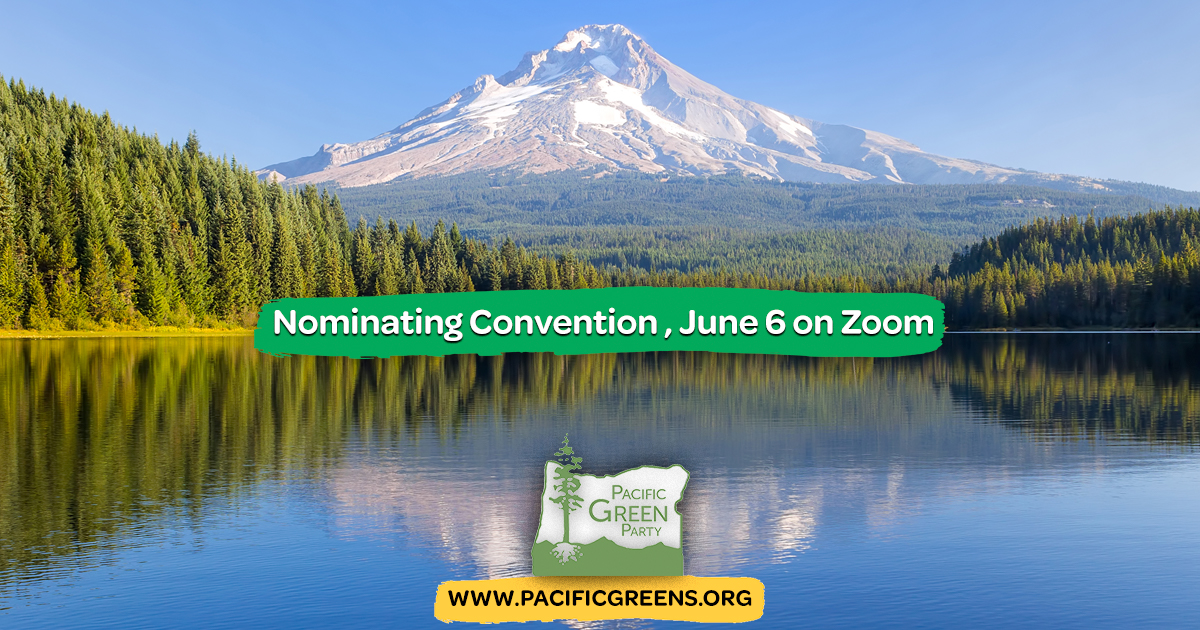 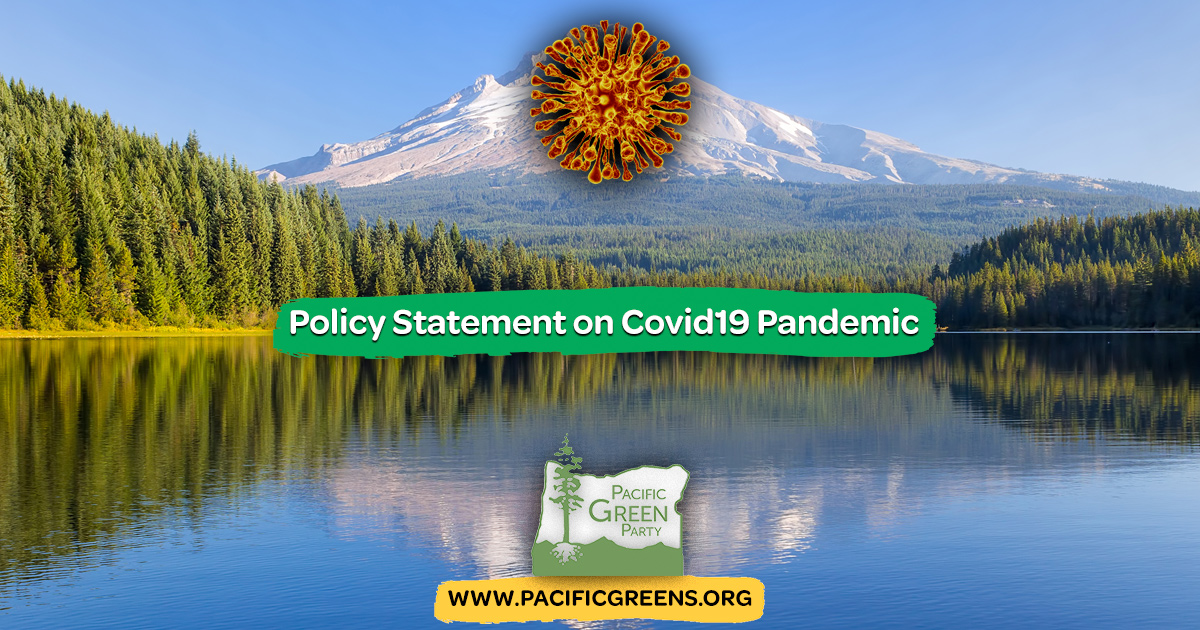 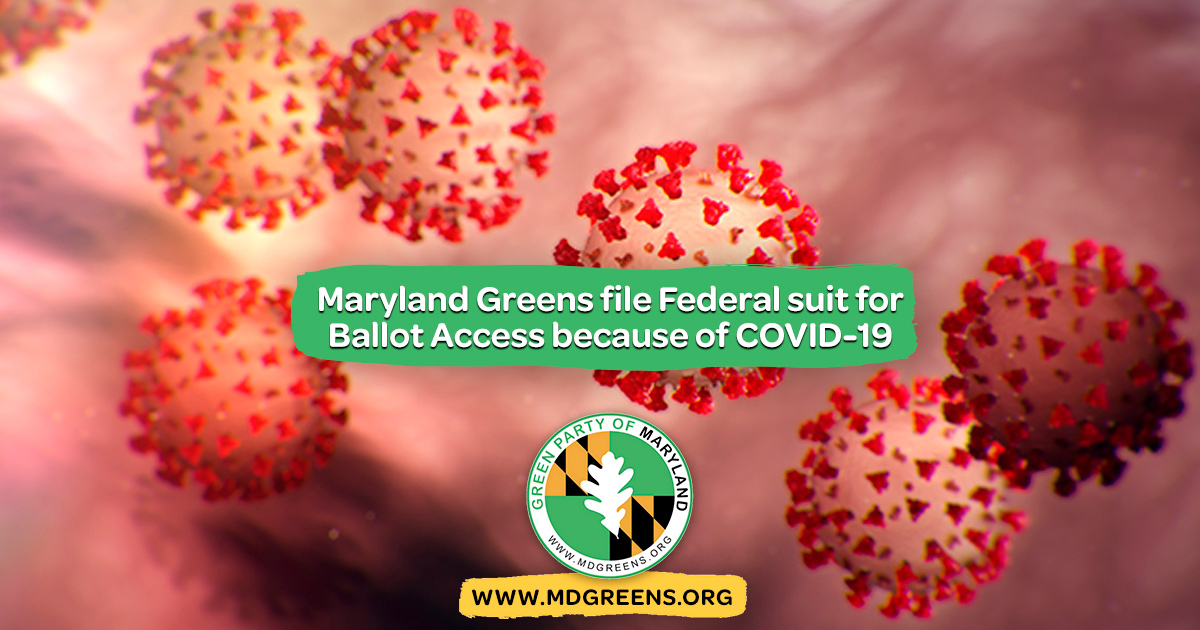 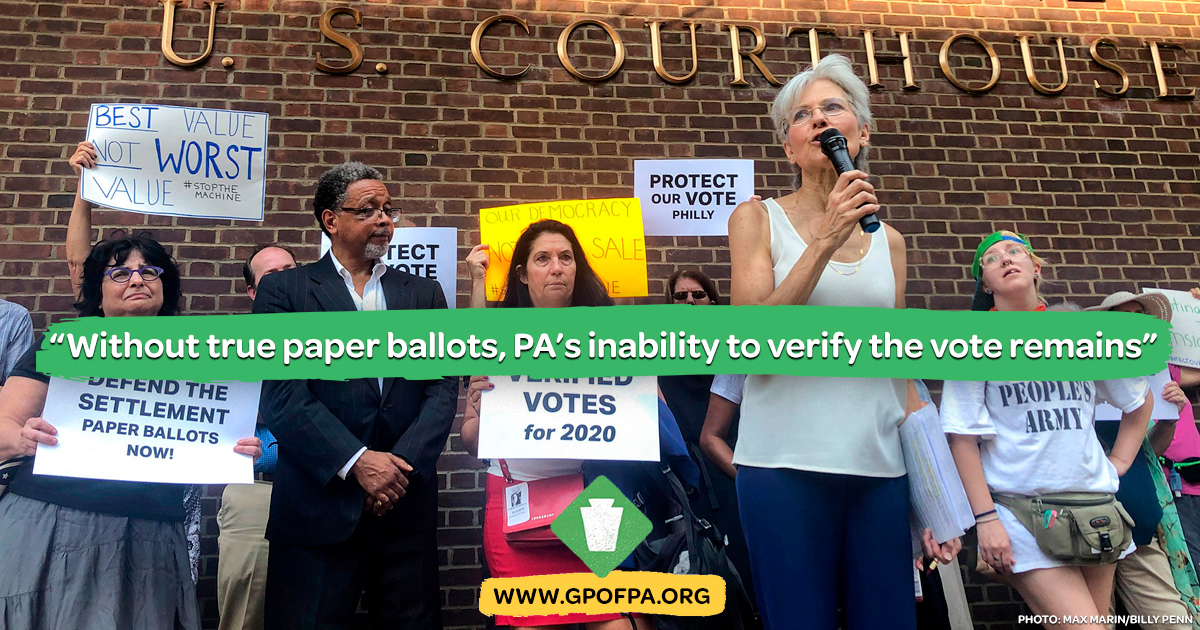 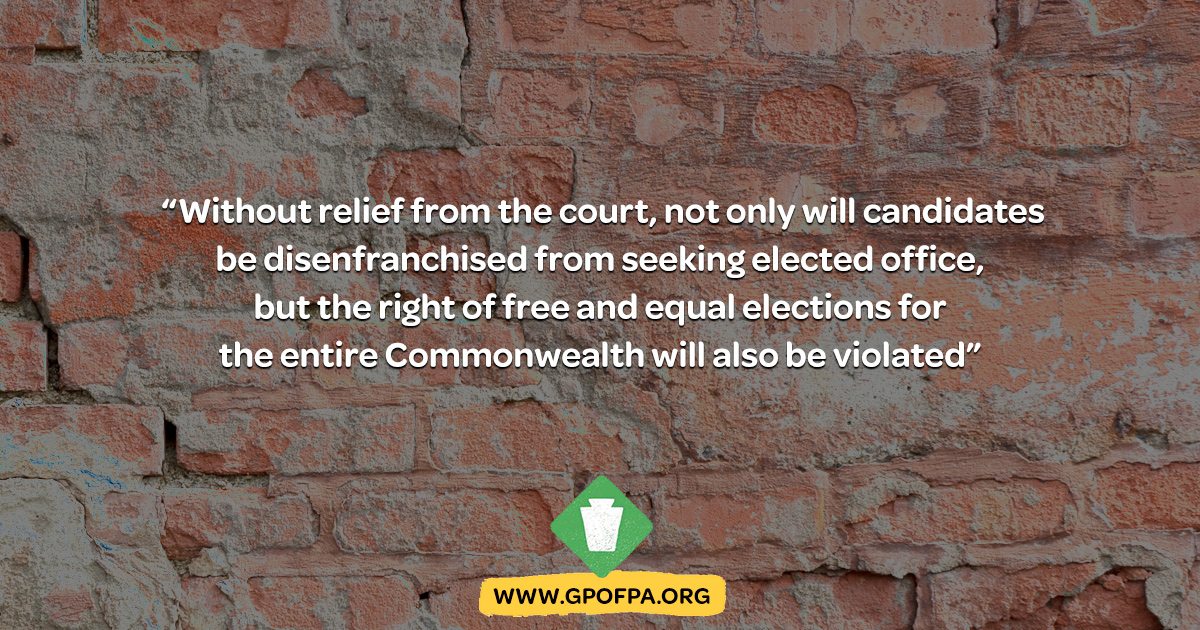 PHILADELPHIA – On May 15, the Green Party of Pennsylvania (GPPA) filed suit in the U.S. Court for the Eastern District of PA, demanding relief from unconstitutional election laws which are impossible to meet under emergency COVID-19 measures declared by PA Governor Tom Wolf.

PA election rules require a minimum of 5,000 voter signatures for state-wide candidates to be awarded space on the ballot. This involves the effort of dozens of volunteers and hundreds of hours of labor to collect signatures in public before the early August deadline. Under Wolf’s stay-at-home order, volunteers will not be allowed to circulate in public, and there will be no public gatherings for them to attend. 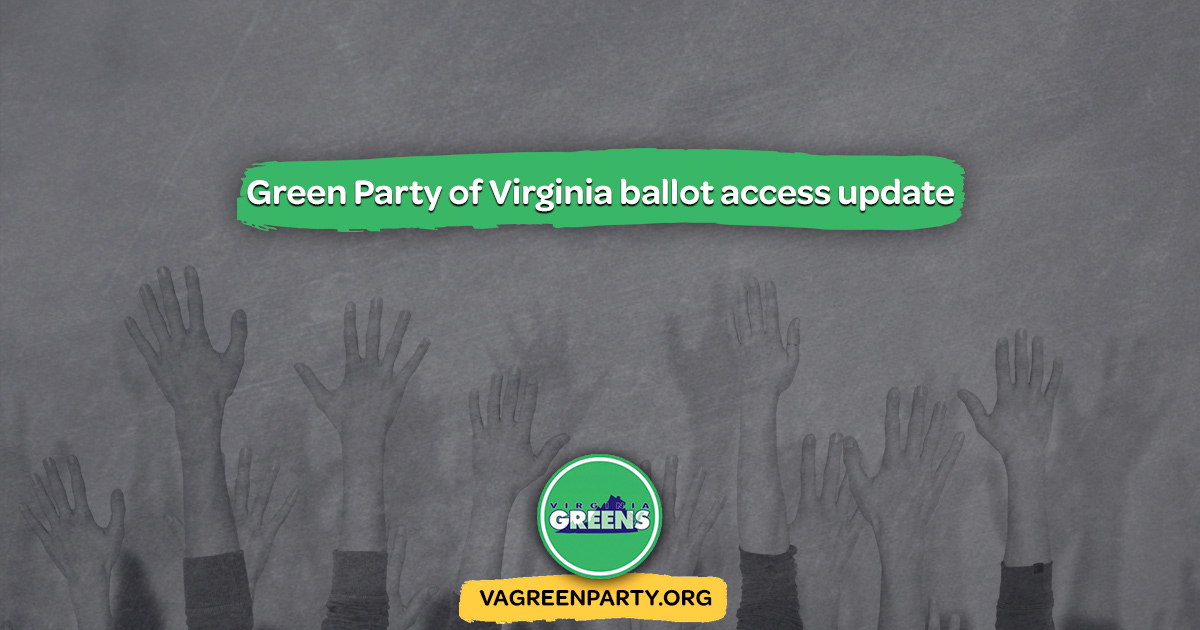 FALLS CHURCH, Va – The Green Party of Virginia (GPVA), along with the Constitution Party and independent candidates, joined a lawsuit this week asking for a waiver of signature requirements for ballot access in light of the COVID-19 pandemic and Governor Northam's pursuant emergency stay-at-home order for the state. The GPVA has successfully met the ballot signature requirements for every candidate it has run, including presidential candidates in every presidential election, for at least the previous 12 years.