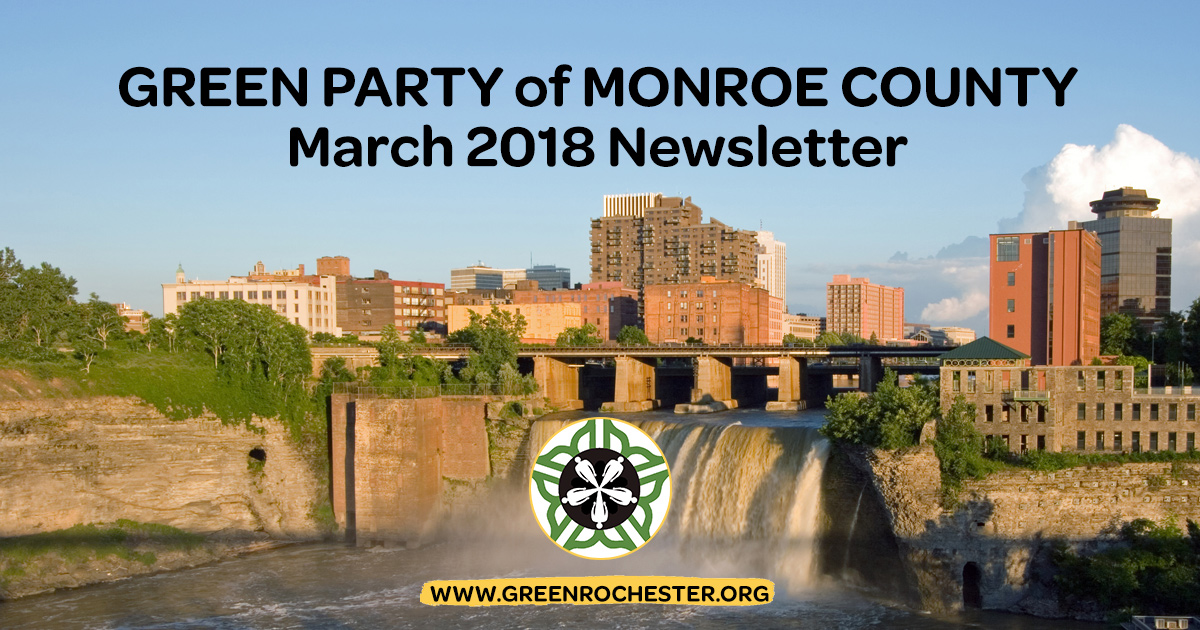 There is a lot happening in the local Green Party scene in Monroe County!

First of all, if you missed the March monthly meeting on Food Justice, fear not. We have video!

Read more
Green Party endorses U.S. House Resolution on Reparations for the descendants of Africans enslaved in the U.S.
Feb 14, 2018 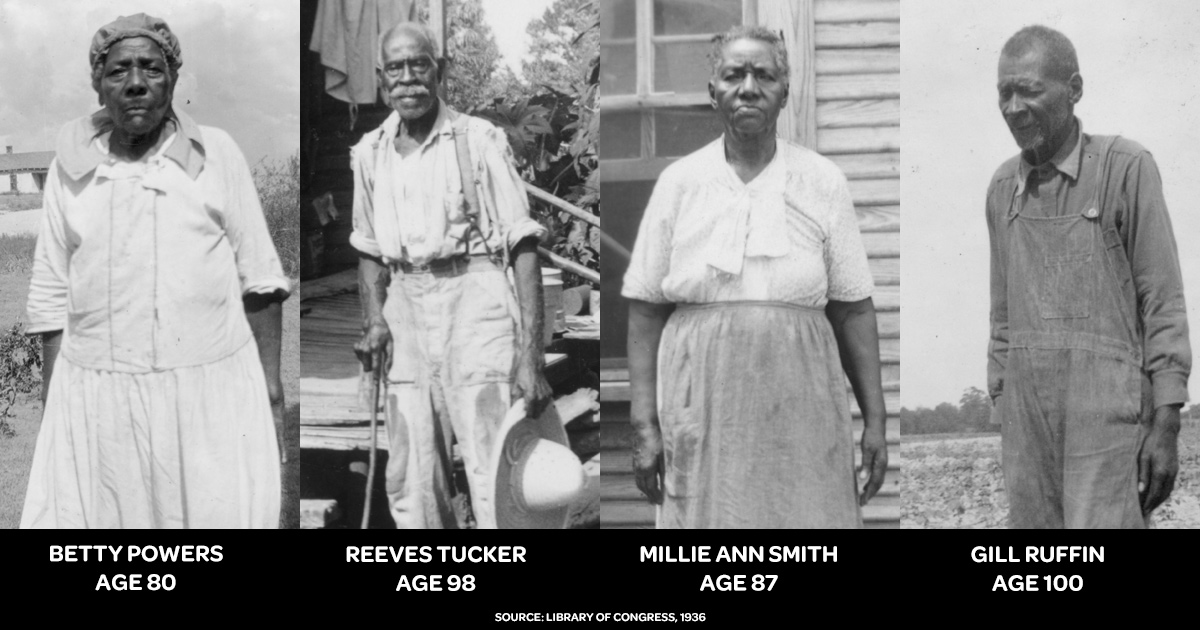 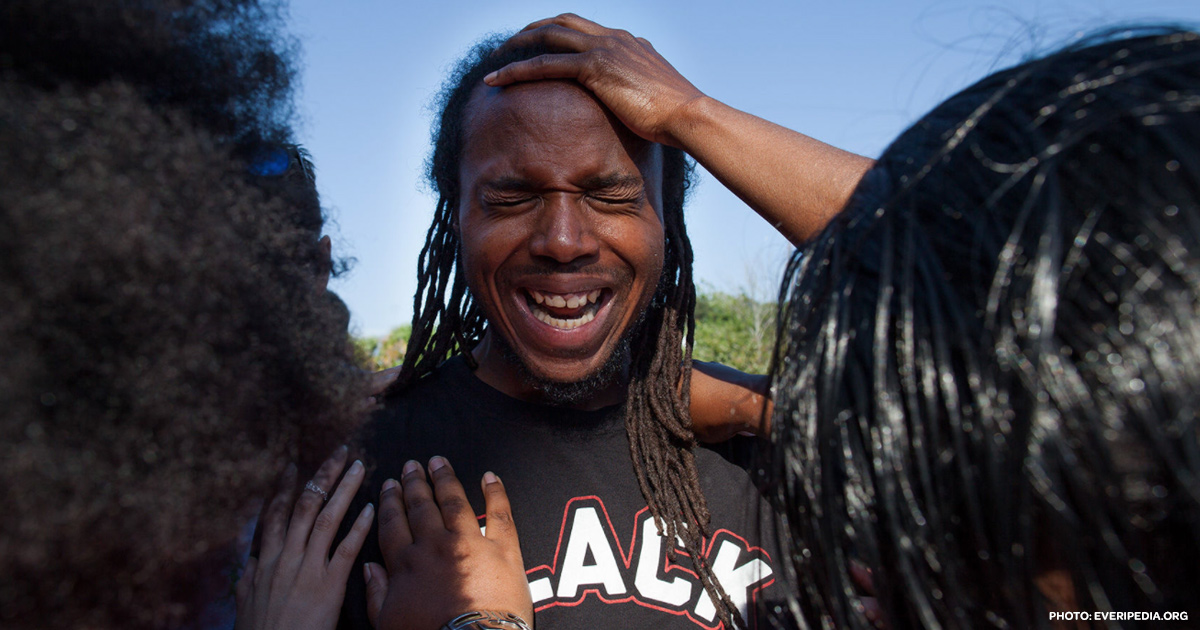 WASHINGTON, D.C. -- Green Party leaders reacted with shock and grief to the news that Muhiyyidin d'Baha, a Black Lives Matter activist, was gunned down in New Orleans on Tuesday, Feb. 6. Mr. d'Baha was co-chair of the Charleston Green Party in South Carolina.

The Green Party of the United States expressed deep sympathy and condolences for Mr. d'Baha's family and friends. 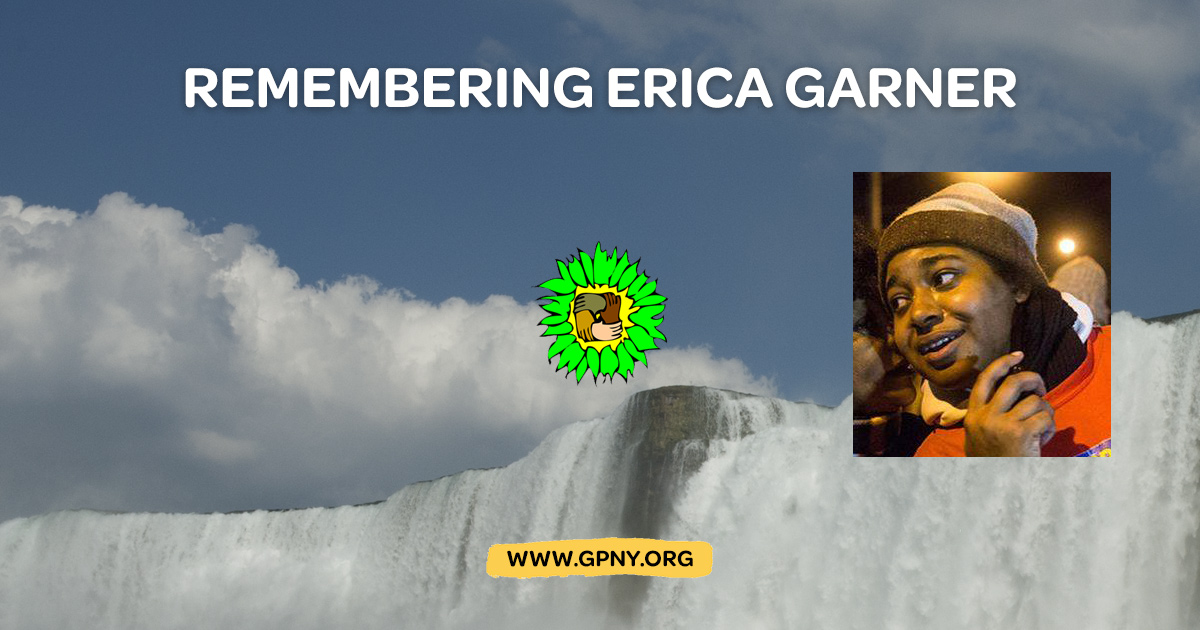 The Green Party of New York State today extended its deepest sympathies to the family of Erica Garner. Party officials said that Ms. Garner was a leading voice in the struggle against police brutality since her father, Eric Garner, died at the hands of NYC police in 2014. Party leaders noted the movement against police brutality had lost a leading light, but that it would continue to organize while remembering Erica and her father.

"Hearing the news of Erica Garner’s death is truly devastating," said James Lane, 2015 Green Party Congressional candidate. "I first met Erica during my run for Congress in her district against the DA that failed to bring a conviction against the NYPD officers who murdered her father, Eric Garner in July of 2014. On our first meeting I remember telling her how I see so much of her father while looking into her eyes and that how we hoped to finally bring justice to their family. Sadly, it seems that the unfairness of the tragedy that left a family without their father has passed down generationally to now leave a family without their very young mother." 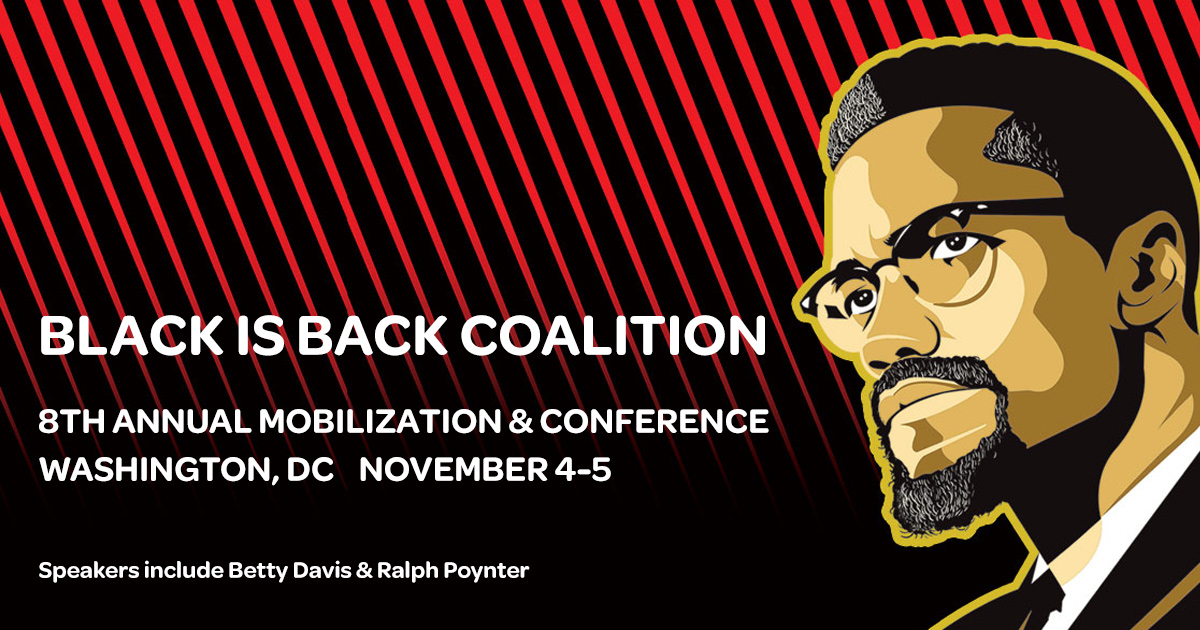 The Black is Back Coalition for Social Justice, Peace and Reparations calls on all black people and freedom-loving people from throughout the U.S. to gather in Washington, D.C. to lay out our organized response to the war being waged against the peoples of the world and African people within the U.S.

The march and conference will be held in Washington, DC on November 4th & 5th. 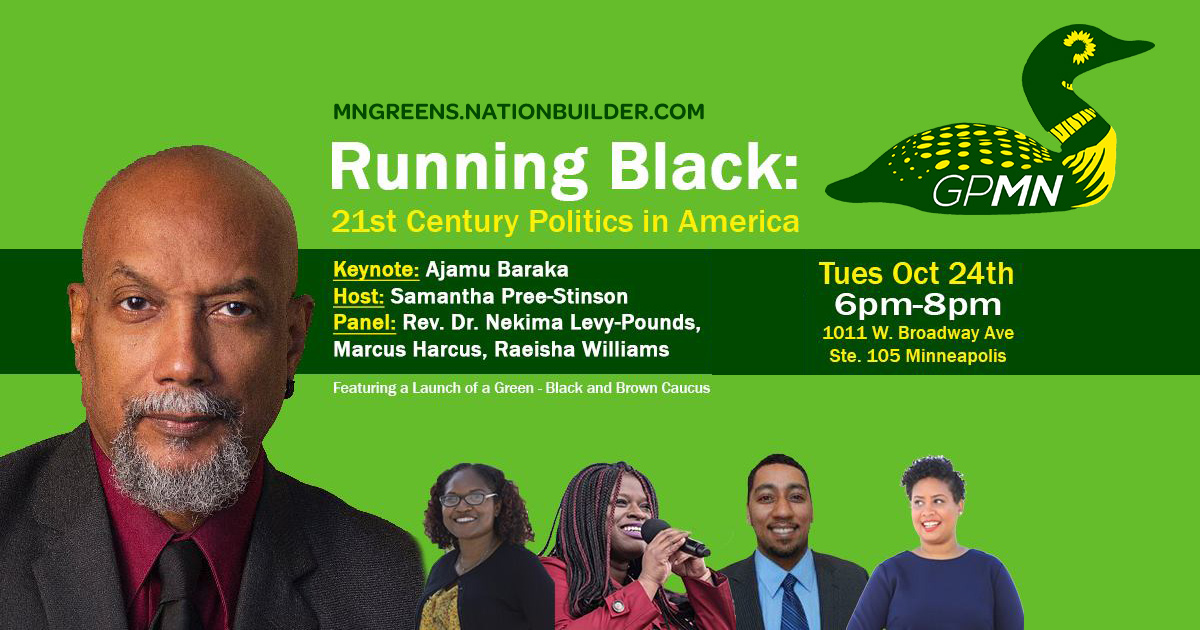 Our keynote speaker for the Green Party of Minnesota launch of the Black and Brown caucus and panel on Running as a Black candidate in todays current political culture will be former Green Party Vice Presidential Ajamu Baraka with our very own Samantha Lee Pree-Stinson as our host!

We are so excited to start launching a Green Party Black and Brown Caucus, come learn more!

The November 7 election is just around the corner – and with your help, we can chart a new course.

Greens are poised to take to control of a once-great city – Syracuse, New York – and turn it into a Rust Belt recovery story whose example could instigate Green electoral insurgencies across New York State and the nation. 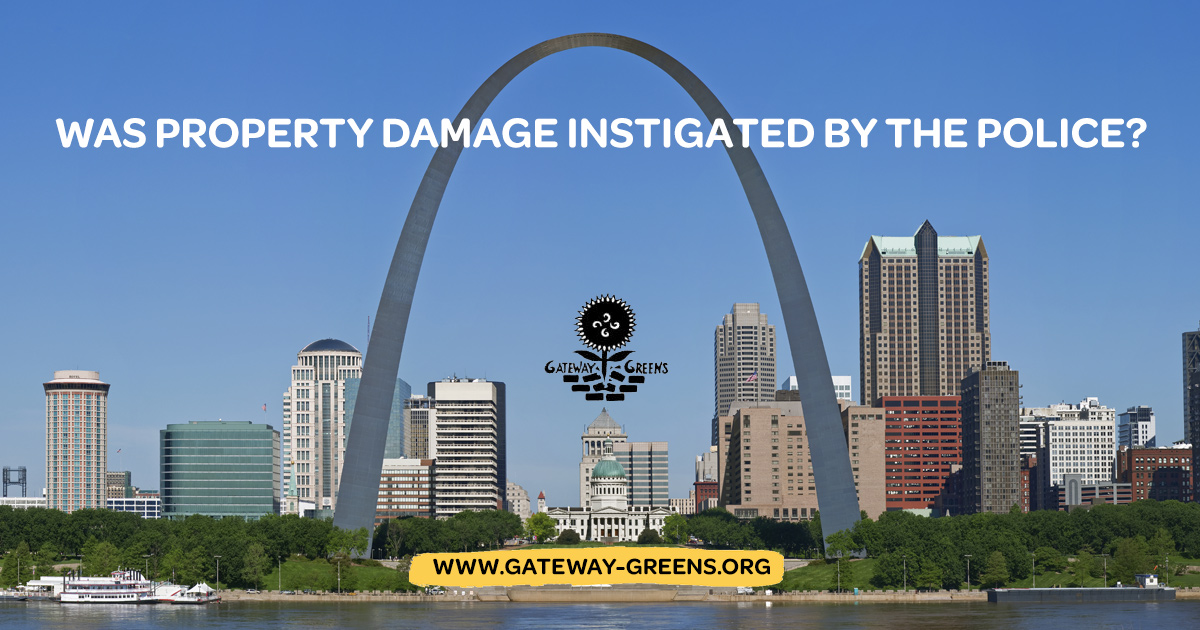 However, we also know that ... 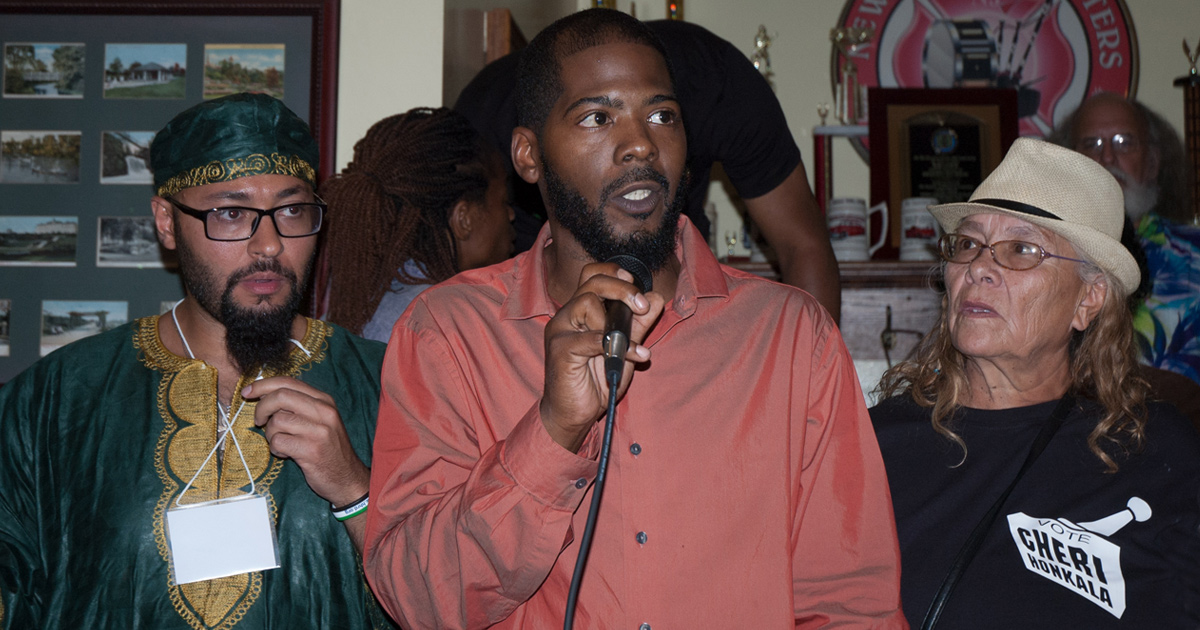 This year at the Annual National Meeting (ANM) in Newark, New Jersey, the Green Party of the United States experienced a tremendous boost in energy and in opportunity – and at the same time was faced with challenges that will lead to greater political maturation and inclusion. This ANM's attendance may have been the largest gathering of Greens (old, new, young, people of color, women, activists, political novices, political powerhouses, analysts, thinkers, movers and shakers, grassroots workers, and expert "rabble-rousers and troublemakers") – OUR people!!!! With all this energy and synergy going on you could expect some things to get stirred up. And a lot of good stuff was stirred up, for sure.