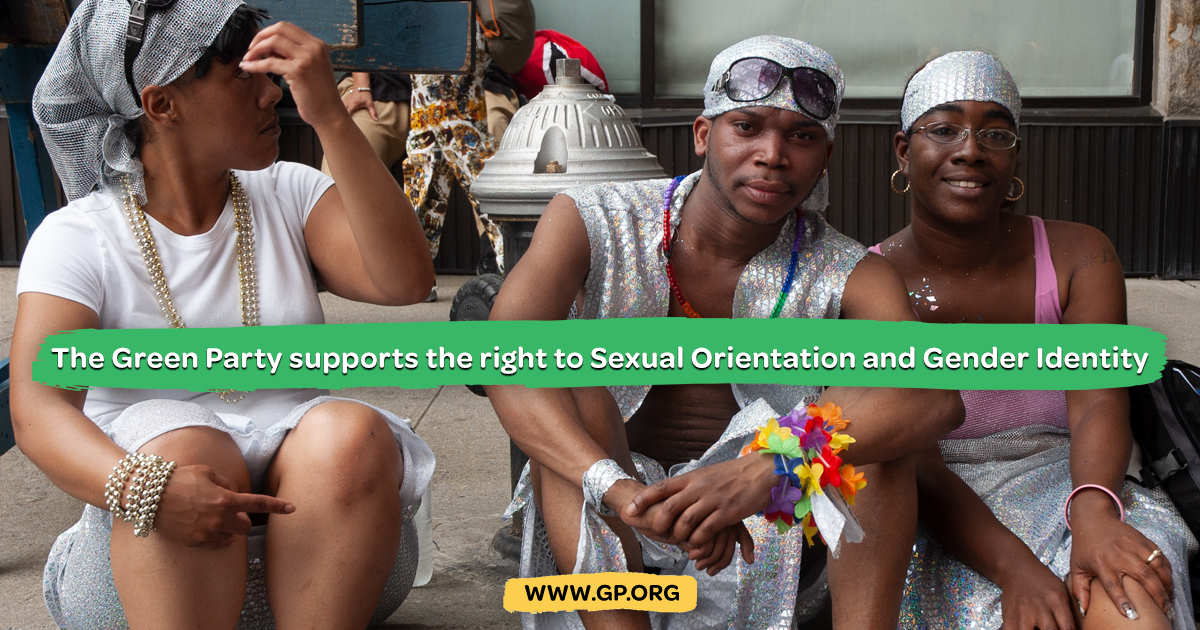 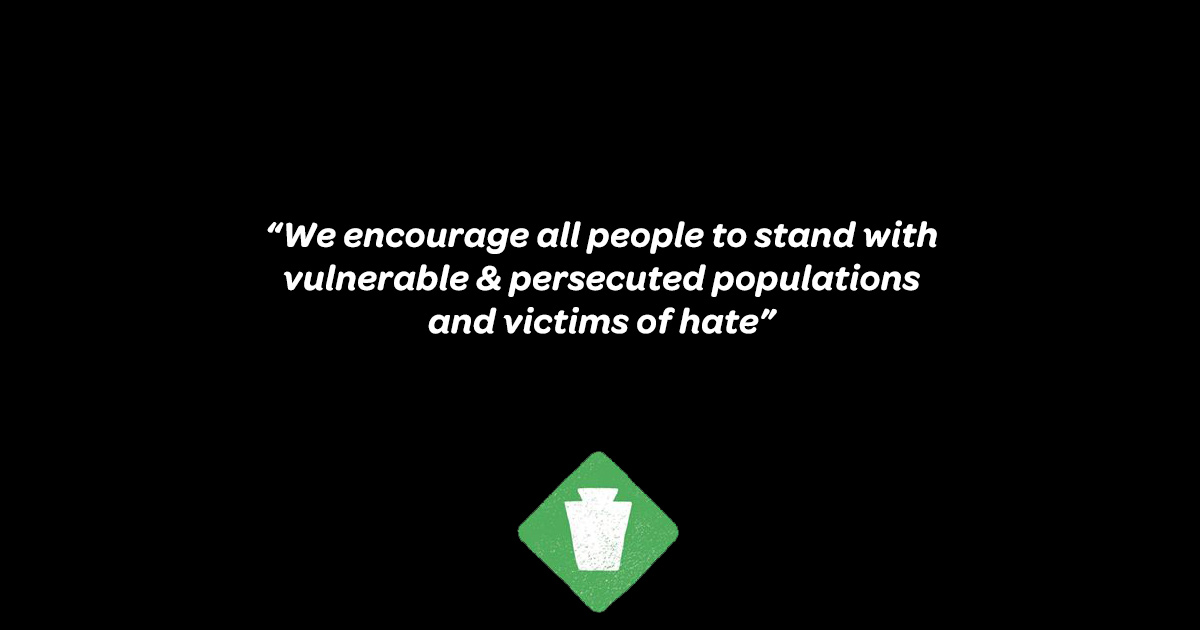 This has been a horrendous week of hate: Beginning with the Administration’s efforts to persecute and threaten the lives of millions of transgender people through a change in the official definition of gender, and ending with the unspeakable, anti-semitic tragedy in Pittsburgh.

Green Party of Pennsylvania members extend our deepest sympathies and offer our support to the victims of these acts of violence. These unspeakable anti-semitic, cissexist, bigoted attacks are a tragic indignity to our American values. We stand in solidarity with the Tree of Life Synagogue, the trans community, and the victims of these horrific hate crimes. 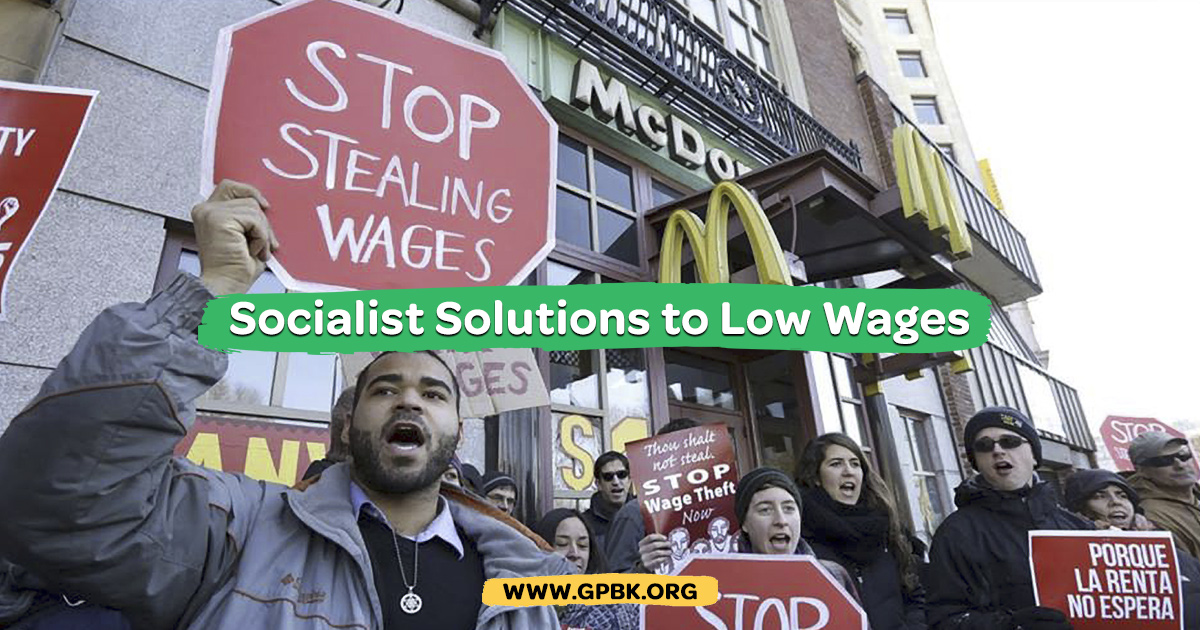 Don't miss the first in a series of important forums in NYC sponsored by the Hawkins/Lee for Governor campaign! TODAY, September 25th! See below for details. More forums to come. We will keep you updated.

Also, please join us for the Green Party of Brooklyn regular Thursday night campaign meeting this week on Thursday September 27th at 7:00 pm at 31 Smith Street in Brooklyn. 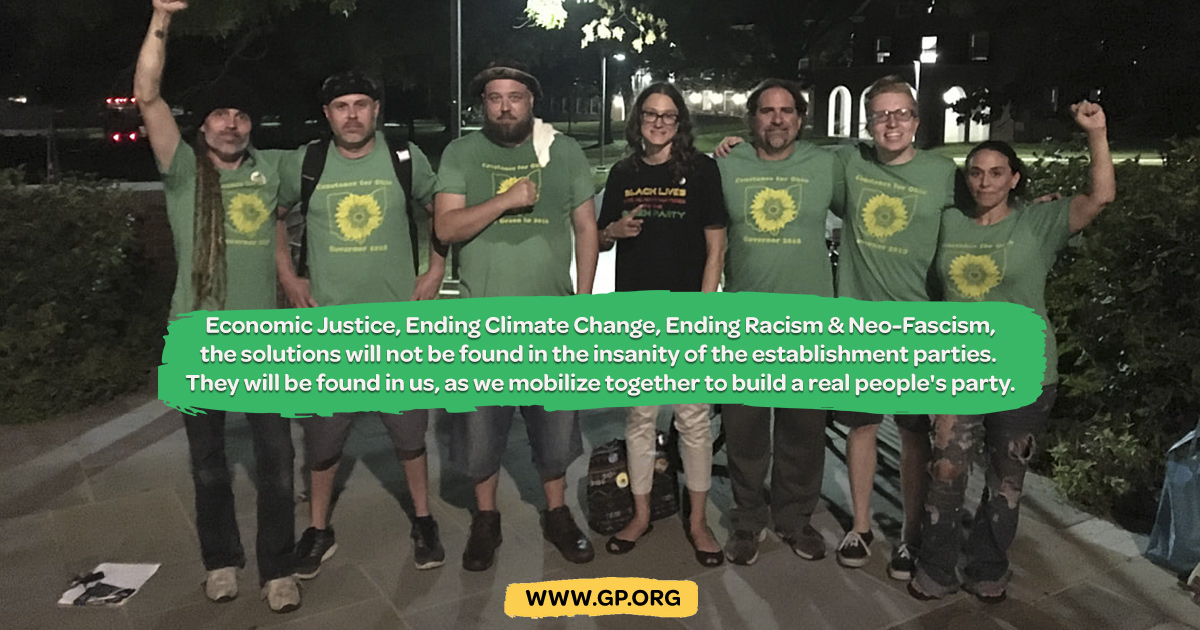 Greens are leading the way on critical policies like strong local schools, municipal utilities, public banks, support for small businesses and worker cooperatives. We're calling for millions of jobs to achieve 100% clean renewable energy by 2030, Medicare For All, and requiring the wealthy few to pay their share of taxes.

We support Green campaigns at every level. Plus we also help them with campaign infrastructure: training their volunteers, providing technical support, leading campaign schools... the list is endless. We have hundreds of Greens all over the country working hard on their campaigns and they are counting on the support of people like you! 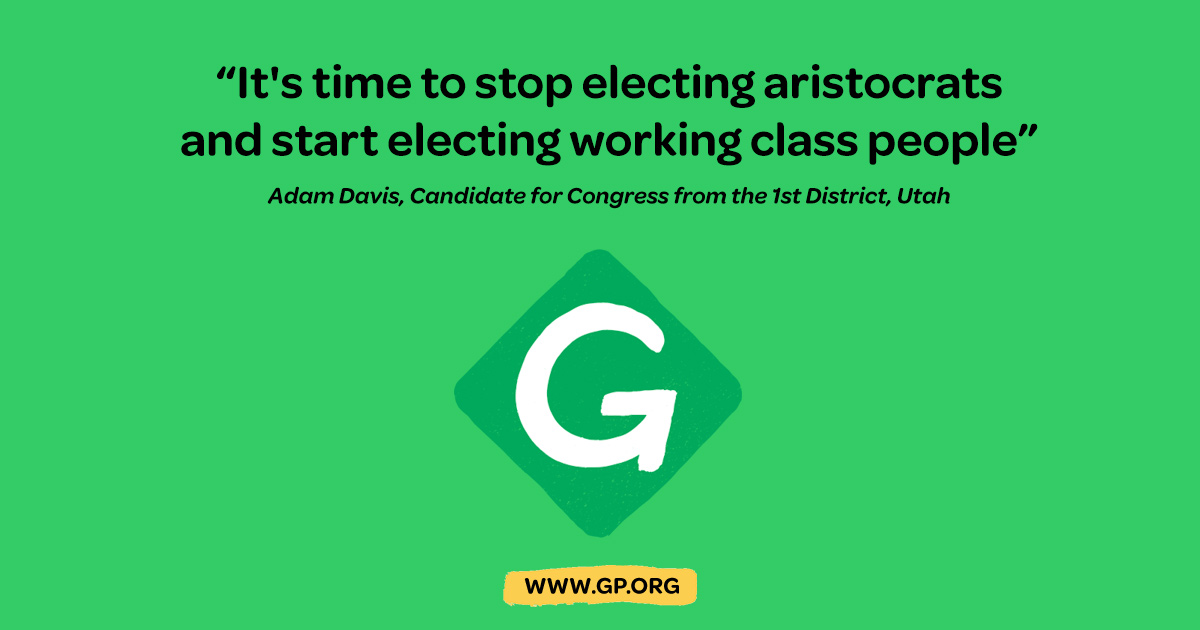 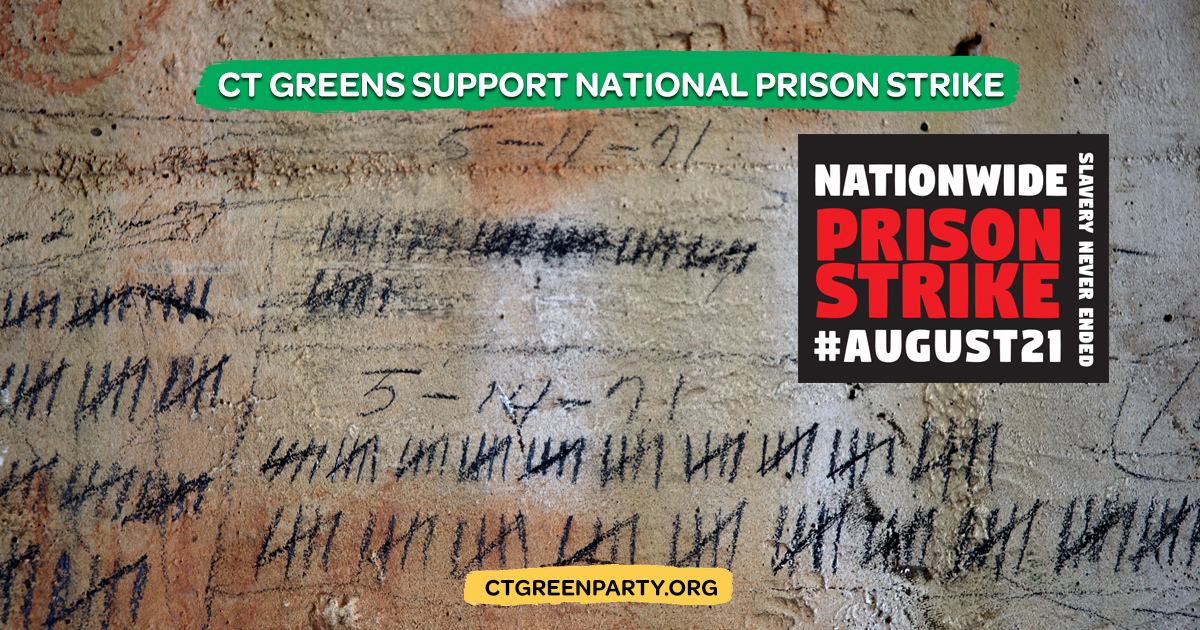 August 20, 2018 — On Saturday August 25th, residents from across Connecticut will mobilize in New Haven to voice their support for prisoners around the United States who will be participating in strike actions, calling for an end to inhumane conditions of confinement, including overcrowding, lack of rehabilitation services, labor at a fraction of the minimum wage, and the absence of any meaningful process by which prisoners may voice grievances. 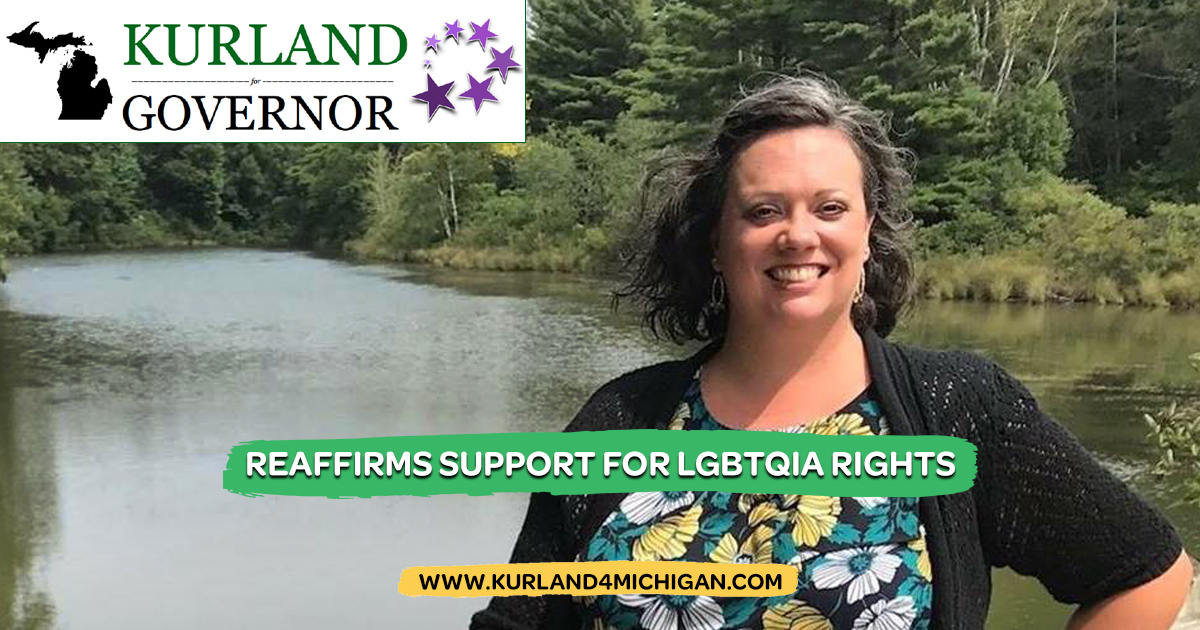 Jennifer V. Kurland, Michigan Green Party candidate for Governor, praised members of Michigan's LGBTQIA community and their supporters for continuing pressure on Michigan's elected leaders to include gender identity and sexual orientation in our state's civil rights laws. Kurland also sharply criticized Attorney General Bill Schuette for overreaching his constitutional authority in issuing a "legal opinion" that claims Michigan law does not provide for the protection of the civil rights of LGBTQIA people.

"In May, Michigan's Civil Rights Commission ruled that discrimination because of sex, which is prohibited by the Elliott-Larsen Civil Rights Act, also prohibits discrimination on the basis of gender identity and sexual orientation," Kurland said. "The Attorney General does not have the authority to determine what the law is. His job is to enforce the law." 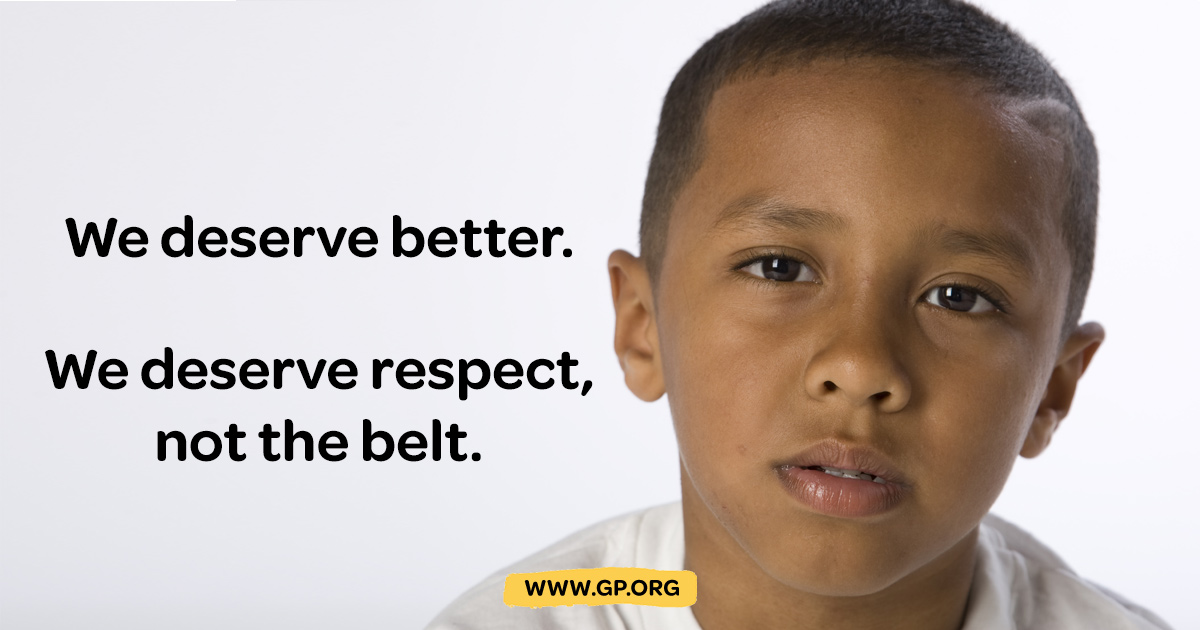 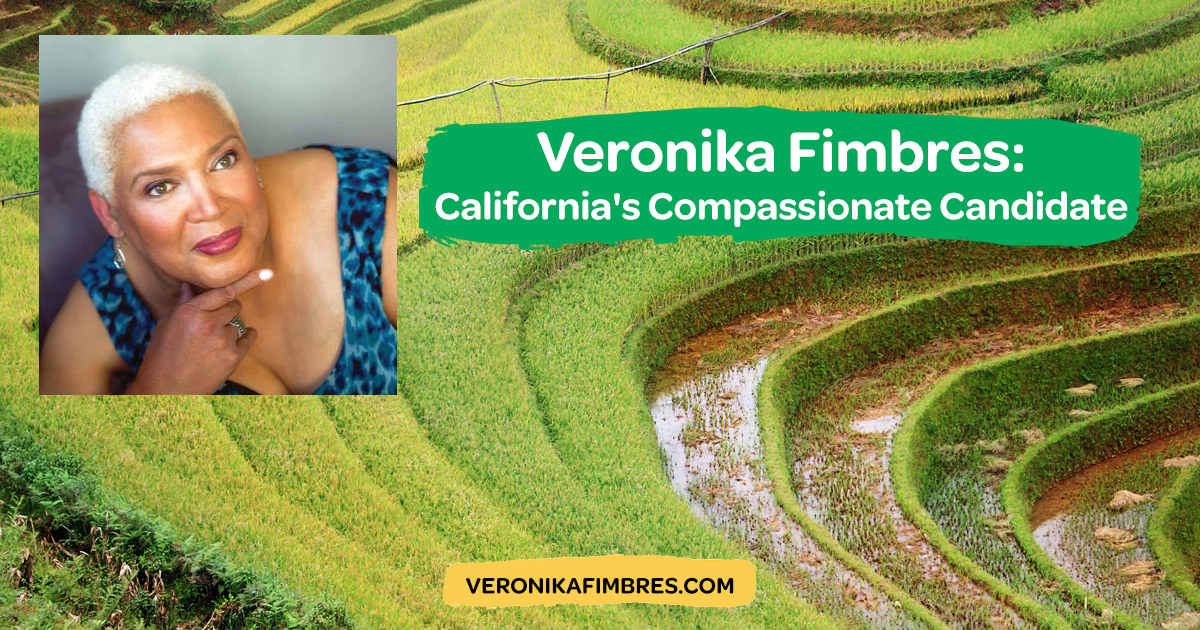 WASHINGTON, D.C. -- The National Lavender Green Caucus of the Green Party of the United States has released a statement responding to the ban on military service by transgender people that was announced by President Trump on July 26.

The statement, which represents the Green Party's position, strongly condemns the ban. The text follows below.

The Lavender Green Caucus is the party's advocacy group on gay, lesbian, bisexual, transgender, queer/questioning, intersex, and asexual issues. The Green Party, in its national platform, supports full legal and political equality for all persons, regardless of sex, gender, sexual orientation, or gender identity, characteristics, and expression. 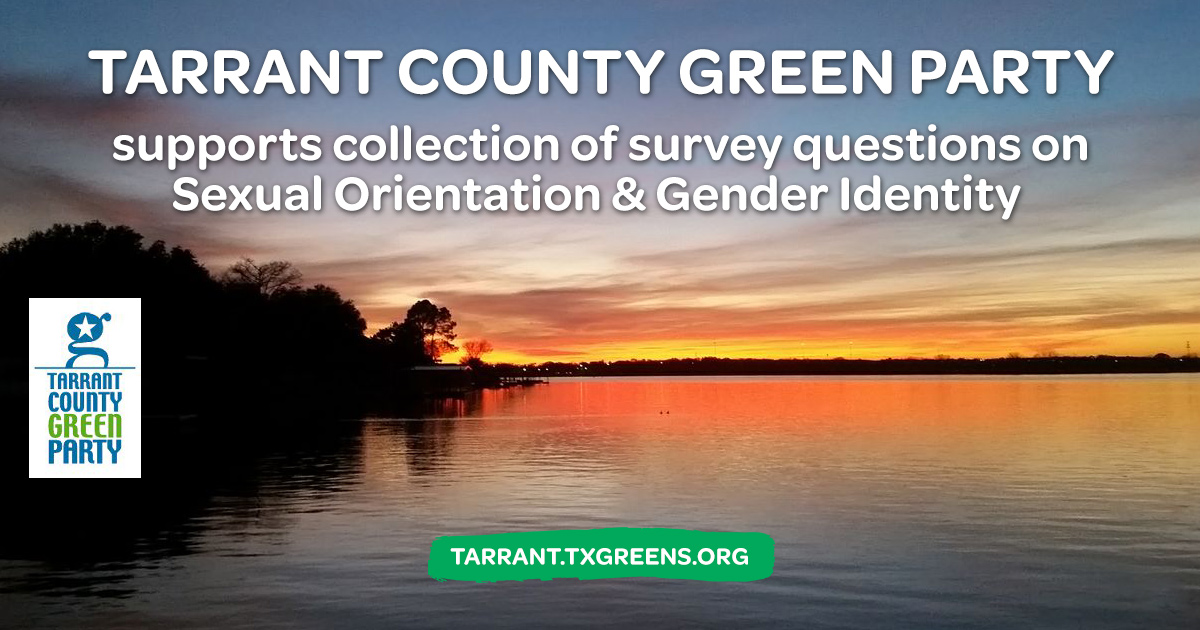 In an article written recently by Sean R. Cahill, PhD and Harvey J. Makadon, MD, for the LGBT Health journal, it is reported that the Trump-Pence administration is eliminating the use of Sexual Orientation And Gender Identity (SOGI) questions on national surveys. They write:

The Trump Administration recently removed sexual orientation and gender identity (SOGI) questions from a national aging survey, and decided not to add a sexual orientation category and a transgender identity field to a national disability survey as planned. These actions have raised concerns that the major expansion of SOGI data collection on surveys and in clinical settings, which has occurred in recent years, may be under threat. SOGI data collection is essential to understand lesbian, gay, bisexual, and transgender (LGBT) health and the extent to which LGBT people access critical social services, including elder and disability services essential for living in community.